Researchers say they have developed an acoustic belt that can listen to sounds in a person’s gut and determine if they have irritable bowel syndrome. 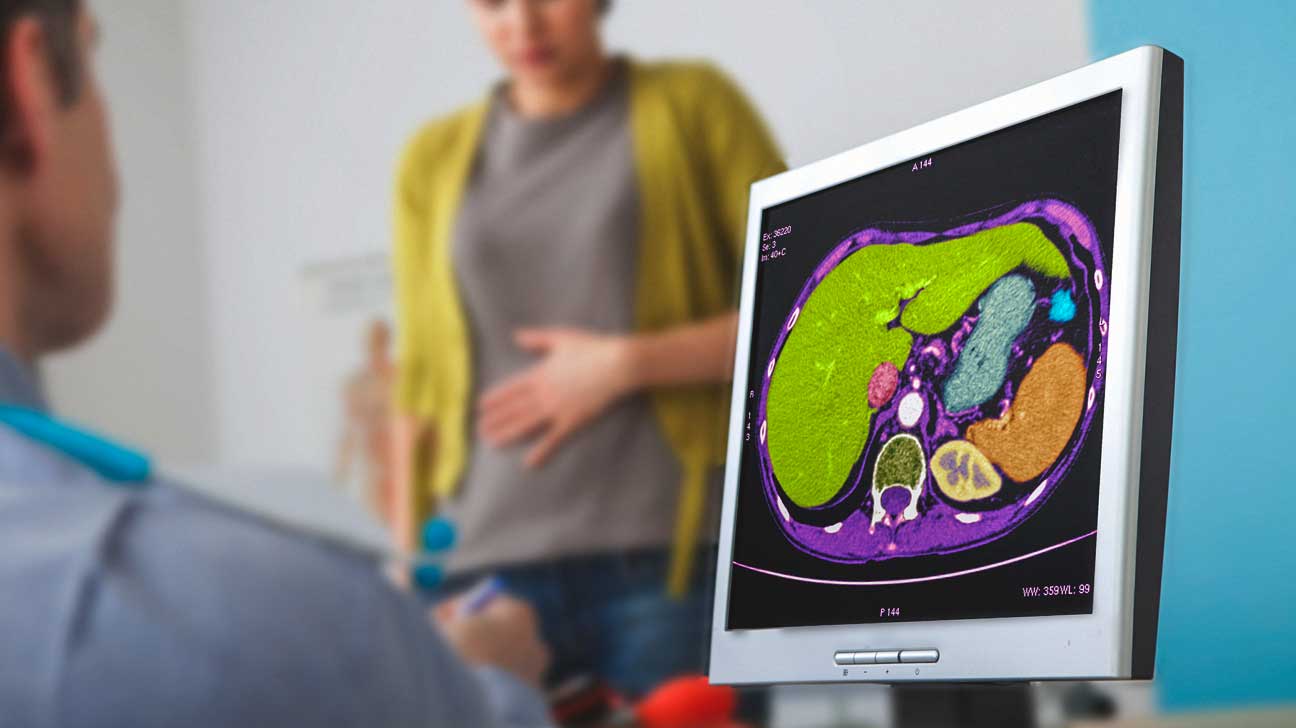 One of the world’s leading gastroenterologists thinks he’s found a new way to diagnose irritable bowel syndrome (IBS) by simply listening to it.

Dr. Barry Marshall, director of the Marshall Centre for Infectious Diseases Research and Training at the University of Western Australia, is part of a team of researchers who have developed an acoustic belt that diagnoses IBS by listening to sounds in a person’s gut.

Inspiration for the project, lovingly named “The Noisy Guts Project,” came from an unlikely source: termites.

Marshall met a professor at a nearby university who was an expert in engineering and electronics.

“He had developed these little microphones you put on the footings of your house to listen for termites inside the wood, and they make little clicky scratching noises. These little devices could then send a radio signal to an app or a monitor and tell you that your house is being infested with termites,” Marshall told Healthline.

“So that triggered an inspiration, why not have multiple microphones on the abdomen to listen to it?” he added.

Marshall and his colleagues developed a basic prototype of an acoustic belt to be worn around the abdomen.

The belt has several microphones and uses artificial intelligence (AI) to identify complex features as well as patterns of sounds collected from within a person’s abdomen.

Marshall was unsure whether there would be an obvious difference between the bowel sounds of those with IBS and those with healthy digestive systems.

In preliminary tests, study participants (31 with IBS and 37 with healthy digestive systems) wore the belt and were recorded for two hours after fasting, and then again for 40 minutes after a meal.

“We didn’t know at the start whether IBS was likely to be different, but according to our analysis, it is a bit different from normal,” he said.

Recordings from participants were able to give the machine an “IBS acoustic index model.” This enabled the AI components to detect a unique IBS sonic signature and differentiate it from other sounds.

When the device was tested on 30 more people, half of whom have IBS, the software was able to detect IBS with 87 percent accuracy.

Marshall says that the technology, once developed for mass production, could provide a quicker and cheaper way for positively diagnosing IBS.

“Often IBS starts the patient on a path of quite expensive and invasive investigations. That might add up to 5,000 dollars easily,” he said.

Using current methods, many undergo a colonoscopy to rule out other conditions that may be causing their symptoms (such as Crohn’s disease or ulcerative colitis). When these tests come back clear, IBS is often the only diagnosis left.

IBS is a condition that affects between 10 to 15 percent of the world’s population.

In the United States, between 25 and 45 million people have IBS. Two out of three of those are female.

In addition, 20 to 40 percent of visits to gastroenterologists are due to IBS symptoms, which are characterized by stomach pain, diarrhea, and constipation.

“People suffering with IBS feel that they are controlled by the bowels and they do not have a say over their lives. They feel that they cannot do activities that they would normally enjoy because they have to spend energy taking care of their bowel problems. This loss of control of life can spiral and lead to a poor quality of life,” Dr. Jeffrey Baumgardner, an assistant professor of medicine in gastroenterology at the University of California San Francisco (UCSF), told Healthline.

Baumgardner says there can be significant difficulty in diagnosing IBS.

“The difficulty in diagnosing IBS is not in the methods but in accepting that IBS is a real disease with real consequences,” he added

Bowel sounds can be helpful in telling doctors how well content is moving through the gastrointestinal system.

“When there is an intestinal blockage, we expect increased number of and louder bowel sounds in the initial phase, but the sounds may disappear later, indicating necrosis of the bowel wall due to lack of blood supply. Bowel sounds may also be increased in patients with diarrhea. They may be decreased in patients with reduced motility in the gut due to use of narcotic drugs or constipation,” Dr. Sooraj Tejaswi, an associate clinical professor of gastroenterology at the University of California Davis, told Healthline.

An increase in bowel sounds after eating or drinking, he says, is normal.

“But if this is persistent, bothersome, and associated with bloating, weight loss, diarrhea, bloody diarrhea… then it is best to seek medical advice,” Tejaswi said.

“It is an interesting idea to study gut noise or bowel sounds on a continuous basis, instead of a snapshot clinicians get when they examine the patient's abdomen. Continuous monitoring may identify changes or patterns which may correlate with patient's report of abdominal symptoms,” he said.

But Dr. Satish Rao, director of the Digestive Health Clinical Research Center at the Medical College of Georgia, Augusta University, says listening to bowel sounds isn’t as easy as it seems.

“Gut noises are notoriously challenging and prone for artifacts, and detection remains problematic. It is more complex than picking up noises, unlike heart sounds that have an orderly biorhythm, and if the rhythm is faulty it can be picked up easily,” he said.

According to Rao, it may also be difficult to differentiate between gut zones based on noise, with potential for significant overlap.

“The stomach is about a foot long, small bowel is 20 feet, and large bowel is 6 feet, and all of these contract and make noises, but not all contractions generate noises,” he said.

Detecting IBS purely through bowel sounds hasn’t been attempted before.

“As far as I know, I don’t think IBS has been diagnosed in the past on the basis of bowel sounds,” Marshall said.

But Tejaswi says it’s possible those with IBS may have different sounds from those with a healthy digestive system.

“It is possible that bowel sounds may be different with IBS, since IBS patients often have either hypermotility of the GI tract (leading to more bowel sounds) or hypomotility (leading to less bowel sounds), but this has not been systematically studied,” he said. “Having a simple test to make this diagnosis would be a godsend for patients, but considering the history of IBS, this seems hard to achieve.”

Marshall says it will likely be two years before the acoustic belt will be ready for mass production.

But he hopes that when it becomes available, it will provide an easier alternative of diagnosis for those with IBS.

“We are getting into the final stages of putting these microphones in the right place in the right way and doing the things we need to do to make the sound recordings very accurate,” he said. “The hope is that this new technology can offer a less-invasive way to diagnose this painful, and sometimes debilitating, condition.”