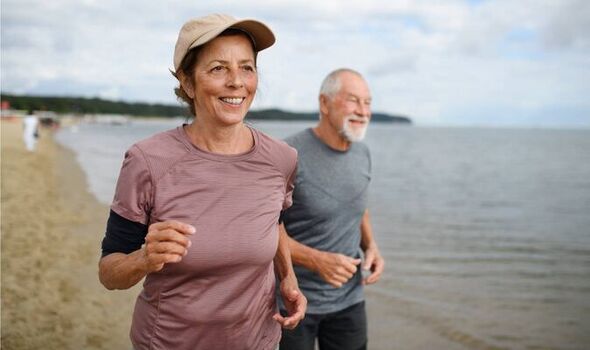 The Swedish supergroup, still selling millions of records after half a century, exemplifies why it’s a huge mistake to write off older people. Perhaps, they aren’t the same “this time around”, but they’re still “fired up”, ready to take on the world. Their only fear? Being “shut down” by society’s rampant ageism. Whether a threat to them or not, ageism remains deeply concerning to many older Britons.

It isn’t just a prejudice against wrinkles and grey hair. Some of us assume our older peers are bad at thinking: slow, forgetful and closed-minded.

We should all challenge these damaging stereotypes. After all, growing older happens to us all. It’s as certain as death and taxes.

But is it really true people think less well as they grow older?

This is one of the key questions we investigate in our new book, Are You Thinking Clearly?, which delves into the many factors – from gut bacteria to advertising, technology and habits, culture and language – that influence and manipulate the way we think and feel.

It is true our thinking changes in complex ways as we age – some helpful, others not. But the good news is that we can nurture our cognitive abilities as we age and transform our experiences into a deep, insightful wisdom.

Even in the absence of illness, our brains literally shrink and our cortices – the brain’s covering – thin as we get older. At the same time, our brain cells diminish in size and number, and the connections between them weaken.

These inevitable biological changes can influence our ability to think clearly, making us worse at remembering, slower at processing information and sometimes less attentive.

But while we often imagine this decline starts with our first grey hair, recent research shows the slowdown in processing speed doesn’t actually begin until we hit 60.

Even then, there’s a huge amount of variation between individuals.

As we know, many in their 80s, 90s and beyond, from actor Judi Dench, 87, and 2022 Booker Prize shortlistee Alan Garner, 88, to Nobel Prize-winning psychologist Daniel Kahneman, 88, remain razor sharp.

Indeed, research suggests we actually become better at some things as we age, including lexical and verbal ability. Older people also tend to be better at regulating their emotions and less likely to get stuck on past negative experiences.

This is a major bonus when it comes to thinking, helping us to make better financial decisions. It also makes us less likely to hold on to projects that are no longer profitable, a common mistake known as the “sunk cost bias”.

On average, however, science shows we do tend to lose some of our cognitive flexibility, the ability to easily switch between strategies and perspectives, as we grow older.

And this may make it harder for us to change our minds. This is consistent with minds research showing we can become less open to new experiences as we age: in part, perhaps, because we tend to meet fewer new people and are more likely to settle into reassuring routines and habits.

Older people have also been found to rely more on stereotypes than younger ones. They may also be more “socially inappropriate” – saying what they think without censorship – which some researchers put down to declining frontal lobe function.

However, it might also be down to a growing – and, some might say, hard-won – impatience with “fools” and petty everyday protocol; think of the acerbic Dowager Countess, played so brilliantly by Dame Maggie Smith, in Downton Abbey.

Some research suggests people tend to become more close-minded, punitive, nationalistic and prejudiced when you force them to think about their death.

Coupled with the well-known phenomenon that time seems to speed up as we age, more of which later, which may make us feel like our lives are slipping through our fingers, old age might contribute to this shift towards more (small “c”) conservative ways of thinking. There are, however, other factors at play.

But science shows again and again that we can, to a certain degree, control how our thinking changes with age.

Professor Ingmar Skoog, director of the Centre For Ageing And Health at Gothenburg University in Sweden, runs a fascinating long-running study into the impact of growing older, dubbed the Gothenburg H70 Birth Cohort.

Launched in 1971 – with hundreds of participants born in 1901 and 1902 – it compares the cognitive and physical health, alongside the personalities, of 70-year-olds born in different decades.

The study reveals how cognitive function – including processing speed, logical thinking and memory – has increased dramatically over time. Today’s 70-year-olds score nearly twice as well on tests as the first participants back in the 1970s.

Interestingly, the personalities of those involved also appear to have shifted over time – with those born later being more assertive and less conscientious than their older peers. All this suggests we aren’t programmed to think a certain way in old age.

In the UK, for example, the so-called Baby Boomers (those born between the end of the war and mid-1960s) tend to be more conservative than their younger counterparts. But in Sweden in 2018, 33 per cent of over-65s voted for the country’s Left-leaning party, compared to just a fifth of younger people.

Clearly, there is no single ‘old’ way of thinking. Instead, there are as many different ways of thinking, even in old age, as there are people.

The culture we grow up in, the education we receive, the food we eat – our activities and hobbies – all have a massive impact on how we think as we age. And that suggests we can also do something about bout it. Taking charge of our time is one way to start.

How we experience time is relative. If you’ve ever been in a life-threatening situation, such as a car accident, you’ve likely felt time slow to from by is to down. And most people regularly bemoan the fact that time seems to whizz by as we get older.

One explanation for the latter is that a year, as we age, becomes an ever smaller proportion of our total life experience. Seen from this perspective, mathematician Kit Yates has suggested the years between our fifth and 10th birthdays will appear to pass at the same rate as those between our 40th and 80th. No wonder people have midlife crises!

But research also shows our perception of time is related to memory.

According to this theory, time seems to pass more slowly when we’re children n because everything is new and exciting. Consequently, we lay down more vivid memories. And when we look back at them, life seems rich, full – and relatively slow-moving.

As we get older, however, the opposite can happen.

Because, as we mature, we are more likely to settle into familiar ways of doing things, and experience fewer things for the first time, we may generate fewer eye-catching memories. And so when we look back on the preceding months or years, there are fewer cognitive landmarks, making us feel like our time has zoomed by.

One solution, then, is to be a little more childlike.

Try new things. Meet new people. Novelty will spice up your life, make you more open and result in more vivid memories, and may – in retrospect, at least – make the years feel longer. New experiences can also help to protect the brain.

It’s well known that a sedentary lifestyle, poor diet, smoking and excessive drinking can contribute to an ailing mind. But regular intellectual challenges can also bolster our ability to think clearly into old age.

Sudoku, crosswords, reading and brain-training games can help. But it’s important to think broadly, too, and set yourself new challenges that take you outside of your comfort zone, even if it’s something as simple as reading some non-fiction when you normally only pick up crime thrillers.

Some research suggests, for example, that learning a new language may reduce our risk of developing Alzheimer’s disease by as much as 40 per cent. It may also help us to remain open to new experiences and boost our ability to think flexibly.

Occasional frustrations and misunderstandings aside, a new language will certainly enrich your next overseas holiday and may improve your chances of meeting new people and experiencing different perspectives. Equally, don’t give up the things you love – just because you’re “old”.

Your doctor may blanch at the bruises, but if you want to surf or ski, skateboard or play football at 70, do it. After all, activities bring people together, reducing loneliness, which can also have a negative impact on our mind and ability to think clearly.

It may also be time to question some of your routines.

Routine, a preference for regularity, can be hugely useful, particularly for those who are experiencing cognitive decline.

By always eating the same breakfast or taking the same route to work, we are liberated from the need to make endless decisions, allowing us to think about other, more important things instead. Routine can also help us deal with uncertainty.

But too much routine can drive us into lazy and robotic ways of thinking.

To boost our ability to think clearly and critically, we should occasionally challenge ourselves, our beliefs and what we think we know. Don’t blow up your entire routine, but get in the habit of doing things differently every now and again, too.

The good news is that, according to Professor Skoog, 70 really is the new 50 from a thinking perspective. But prejudice still needs to be challenged and we shouldn’t be complacent when it comes to our own minds.

By remaining open to new experiences and ideas, we give ourselves the best chance of remaining active and nimble, allowing us to apply a lifetime’s lessons, wisely, to the present. And in doing so, you can help yourself stay fired up rather than shut down like Abba.