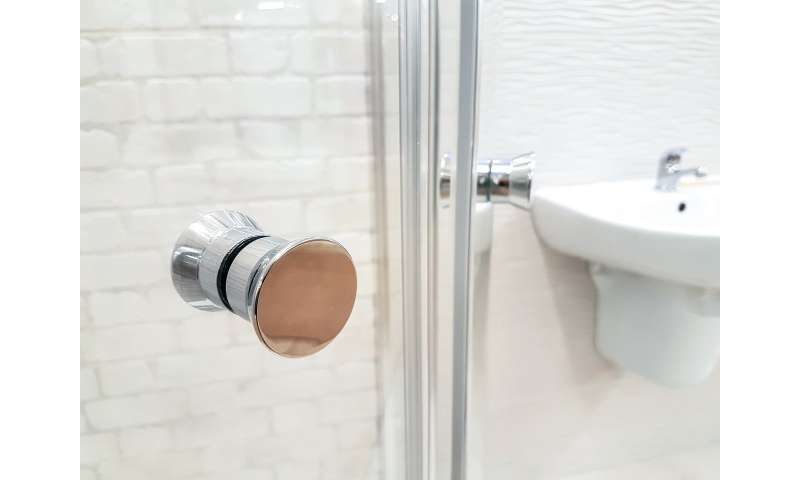 Science has shown that the trillions of bacteria living inside our bodies play an important role in supporting our immune system and maintaining our physical well-being.

But what about the other trillions of bacteria, archaea, fungi, parasites and yes, viruses, taking up residence outside of our bodies on our skin? Do these microorganisms also play an important role in maintaining our health? Or—as the $100 billion personal care industry would lead us to believe—are they notorious germs that must be scrubbed off daily to satisfy a socially appropriate level of clean?

Yale School of Public Health Lecturer Dr. James Hamblin does his best to address those questions in his new book, “Clean—The New Science of Skin and the Beauty of Doing Less.” (Riverhead, 2020, 280 pages.) Hamblin, MPH ’18, is a preventive medicine specialist, staff writer for The Atlantic, and podcast host whose work has been featured in the New York Times and on NPR, PBS, Politico, MSNBC, the BBC and Vice.

The book is the result of five years of deep research that took Hamblin on a journey through soap factories, microbiology labs and the Manhattan offices of one of the world’s most popular high-end skin care companies. Along the way he talked to dermatologists, allergists, immunologist, aestheticians, Amish people, theologians and even scam artists. Hamblin spends considerable time in the book explaining the history, science and socio-cultural factors associated with cleanliness from Roman baths and germ theory to the value of popular modern-day skin care products like “Glass Skin Refining Serum” and “Matcha Pudding Antioxidant Cream.” In presenting the facts, Hamblin remains neutral. Like personal nutrition, financial investments or religion, what people ultimately choose to do is their decision, he says.

As part of his research, Hamblin stopped showering five years ago. He wanted to see first-hand how his body changed as he gradually tapered off a daily dose of shampoos, conditioners, soaps, exfoliants, deodorants and moisturizers. As a doctor, Hamblin stresses that good personal hygiene is absolutely necessary in preventing illness and disease. He never stopped washing his hands. He still wets his hair occasionally, but that’s pretty much it.

So, what did he learn and what does he want the rest of us to know? Hamblin recently took a few minutes to talk about his experience and his research.

What got you interested in exploring cleanliness and the science of skin?

JH: It was a confluence of things, really. I saw the potential for a reconceptualization of how we think about our skin and hygiene practices like we see happening with the gut microbiome. People have become less cavalier about antibiotic use because of what we now know about the gut microbiome and they are embracing the fact that the microorganisms in our gut matter clinically. They have so many effects on our health and how our bodies function. About the same time, I was seeing papers come out about the skin microbiome and was curious whether something similar was going to happen in terms of altering our long-standing idea that being clean simply means eradicating all the microbes from your body, which is clearly not the case. You always have microbes all over you, even right after you hop out of the shower. So, it makes you wonder what the most effective public health intervention is when it comes to these skin microbes and what is just sort of hygiene theater.

Are there microbes on our skin that play an important function in maintaining our health?

JH: Like the gut microbiome, it is not as simple as identifying one particular microbe on our skin that prevents a particular disease. It seems to be about proportions of populations and balance, more like an orchestra of effects. But there are absolutely correlations between eczema flares, acne, psoriasis and instances where people experience shifts in the biofilms on their skin. We’re just beginning to understand how to identify those patterns and what to do with them. Clearly the microbes on and in our skin are very important to us. Yet ways of optimizing that ecosystem are far from fully understood.

What changes did you observe when you stopped showering and using soap, deodorants and other personal care products?

JH: I basically took a minimalist approach. The idea is that these microbes feed off of the oils in your skin. If you don’t eradicate or wash off these microbes and oils, then it changes the microbe populations that are on you. That’s where you get body odor because of an imbalance of bacteria. I don’t get that anymore. That’s not to say I don’t smell, but the microbe populations on my body don’t produce that classic body odor smell they always did. My girlfriend tells me I smell “like a human.” Modern deodorants didn’t really emerge until the last century and it just doesn’t seem logical that evolutionarily, our bodies would become obscenely offensive to other humans within 12 hours if we did not use all these modern applications and products. I gradually weaned myself off these things. I’m not saying it is the best approach for everyone. But it works for me. A lot of reaction I hear from people is that if they stop showering, their skin and hair gets greasy and they feel awful. But it’s like training for a marathon. You can do it, but you have to have patience and go slow. Gradually your body adopts. The theory is these microbial populations on your skin change and eventually establish a healthy equilibrium.

How do you define “clean”?

JH: A lot of people who try to define “clean” actually end up defining sterile, which means something that is germ free. When you look at the skin microbiome, that’s obviously not the case. We are not germ free. Cleanliness is also associated with religion and the concept of purity such as moral cleanliness. It also has roots in racism and xenophobia in terms of some groups of people being perceived as “pure” and others being viewed as less “clean.” When you start looking at it, the term really is judgmental and has nothing to do with hygiene and public health. Cleanliness, as a concept, has become tied up with wealth, class, beauty and social acceptance and that’s what I really try to explain and define in this book.

You talked to members of the Amish community who do not use modern personal care products. What did you learn?

JH: Amish communities tend of have low rates of allergic and inflammatory conditions. Part of that is the idea that they are exposed to a lot of microbes from living on farms and being exposed to animals and dirt and their siblings from an early age, which helps diversify their microbiome.

So besides being encouraged to start an Amish farm, what should our takeaway be?

'Helicopter' parent? You may actually have OCD
BEAUTY