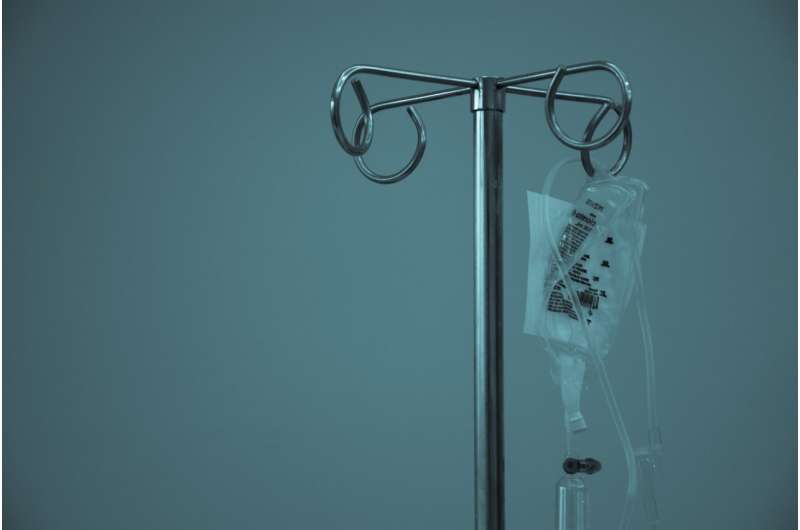 Long-term treatment with iron administered intravenously improved symptoms and reduced recurrent hospitalizations among people with heart failure and iron deficiency, according to late-breaking research presented today at the American Heart Association’s Scientific Sessions 2022. The meeting, held in person in Chicago and virtually, Nov. 5–7, 2022, is a premier global exchange of the latest scientific advancements, research and evidence-based clinical practice updates in cardiovascular science.

“Despite several great therapeutic successes in recent decades, many people with heart failure still have symptoms that restrict their daily lives, and the rates of hospital admissions and mortality remain high,” said Paul Kalra, M.D., a consultant cardiologist and heart failure specialist at Portsmouth Hospitals University National Health Service Trust and honorary senior lecturer at the University of Glasgow in the United Kingdom. “There is an urgent need for new treatments that are safe and affordable.”

Study participants were randomized to two groups: to receive either IV iron or not, in addition to standard care for heart failure. Those assigned to the IV iron group received additional doses at the one-month review and every four months after if iron deficiency returned. Study participants were followed for a median length of just over 2.5 years, with follow up clinic visits every four months.

“While the trial continued through the COVID-19 pandemic, there were extended periods of time when it was not possible to see patients in-person and administer additional doses of IV iron if needed,” Kalra said. “This impacted the study and is likely to have reduced the magnitude of benefit seen with IV iron.”

To account for these factors, a further analysis was performed on the data from the 1,063 people who were part of the trial before March 31, 2020 and whose treatment wouldn’t have been as affected by the pandemic. This demonstrated a significant benefit of IV iron on the main study outcome of reducing the risk of heart failure hospitalization and cardiovascular death, Kalra added.

The results found that, compared with standard care alone, long-term administration of IV iron had significant benefits for people with heart failure and iron deficiency.

Over the average follow-up period of two and a half years, the overall analysis suggests that:

“People with heart failure are at risk of developing recurrent iron deficiency if their iron levels are not ‘topped up’ regularly. These results demonstrate that repeated dosing with IV iron is a beneficial, safe and well-tolerated treatment option that may improve the well-being of adults with heart failure and iron deficiency within a few months,” Kalra said. “This study builds on existing evidence such that intravenous iron may benefit a broad range of people with heart failure, including those who are hospitalized, recently discharged or attending office or out-patient clinic appointments.”

Additional research is needed to confirm whether or not IV iron treatment may also reduce mortality in people with heart disease and to help identify additional markers of iron deficiency to improve diagnostic accuracy. While the study did not specifically compare IV iron to oral iron, previous research has suggested that oral iron may not be effective for people with heart failure.

The study had limitations. “The study was not blinded due to the dark color of IV iron—as compared to a clear saline placebo—and due to the difficulty of blinding patients and staff for a longer duration study,” Kalra said. To reduce the risk of bias, the investigators who reviewed and validated the trial outcomes were not aware of what treatment had been assigned to each patient.