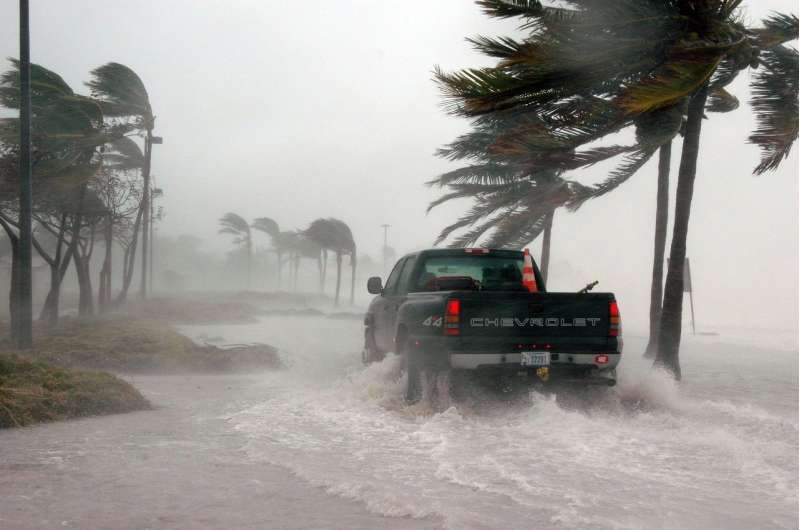 As rapidly intensifying storms and rising sea levels threaten coastal cities from Texas to the tip of Maine, Hurricane Ian has just demonstrated what researchers have warned: Hundreds of hospitals in the U.S. are not ready for climate change.

Hurricane Ian forced at least 16 hospitals from central to southwestern Florida to evacuate patients after it made landfall near the city of Fort Myers on Sept. 28 as a deadly Category 4 storm.

Some moved their patients before the storm while others ordered full or partial evacuations after the hurricane damaged their buildings or knocked out power and running water, said Mary Mayhew, president of the Florida Hospital Association, which coordinates needs and resources among hospitals statewide during a hurricane.

About 1,000 patients across five Florida counties were evacuated from hospitals for different reasons, Mayhew said, with one hospital moving patients after the storm tore part of its roof and deluged the ground floor. Other hospitals emerged with no structural damage but lost power and running water. Broken bridges, flooded roads, and lack of clean water all added to the challenge for some hospitals, Mayhew said.

And that’s before considering the need to help those injured in the hurricane and its aftermath.

“Climate shocks like hurricanes show us in the most painful way what we need to fix,” said Aaron Bernstein, interim director of the Center for Climate, Health, and the Global Environment, known as C-CHANGE, at the Harvard T.H. Chan School of Public Health.

As climate change increases the intensity of hurricanes, coastal cities threatened by rising sea levels from Miami to Charleston, South Carolina, have considered billion-dollar storm surge protection plans—from elevating homes to creating a network of seawalls, floodgates and pumps to protect residents and infrastructure against powerful flooding from storms.

Some hospitals are fortifying buildings and elevating campuses. Others are moving inland, as they prepare for a future when even weak storms unleash flooding that can overrun facilities.

“They’re the front lines of climate change, bearing the costs of these increased weather events as well as the increase in injuries and disease that come with them,” said Emily Mediate, U.S. climate and health director for Health Care Without Harm, a nonprofit that works with hospitals to prepare for climate change.

Yet even as hospitals prepare for extreme weather, Bernstein and a team of researchers at Harvard predicted in a recent study that many facilities along the Atlantic and Gulf coasts will face a suite of problems, even from milder weather events.

The study analyzed the flood risk to hospitals within 10 miles of the Atlantic and Gulf coastlines. In more than half of the 78 metropolitan areas analyzed, some hospitals are at risk of storm surge flooding from the weakest hurricane, a Category 1. In 25 coastal metro areas, half or more of the hospitals risk flooding from a Category 2 storm, which would pack winds of up to 110 mph. Florida is home to six of the 10 most at-risk metropolitan areas identified in the study, with the Miami-Fort Lauderdale-West Palm Beach region ranked as having the greatest risk of hurricane impact.

Researchers also considered the risk of flooding for roads within one mile of coastal hospitals during a Category 2 hurricane. That’s what happened on Florida’s western coast, where Hurricane Ian’s maximum sustained winds of 150 mph contributed to flooded roads and washed-out bridges.

All three hospitals in Charlotte County were closed during the storm. One reopened its emergency room the following day, and two were operational by Oct. 1.

In neighboring Lee County, the public hospital system was forced to partially evacuate three of its four hospitals, potentially affecting about 1,000 patients, after the facilities lost running water. As of Oct. 6, the county remained in a state of emergency and many roads and bridges were closed due to flooding and damage, according to the Florida Department of Transportation’s traffic information.

Several Florida hospitals on waterfront property have moved their essential electrical systems and other critical operations above ground level, elevated their parking lots and buildings, and erected water barriers around their campuses, including Tampa General Hospital, which has the only trauma center in west-central Florida.

Miami Beach is a barrier island where roads flood on sunny days during extremely high tides. Building to withstand hurricanes and flooding is a priority for institutions, said Gino Santorio, CEO of Mount Sinai Medical Center, which sits at the edge of Biscayne Bay.

Over the past decade, Mount Sinai has completed nearly $62 million in projects to protect against hurricanes and flooding. The projects were part of a countywide strategy funded by the Federal Emergency Management Agency and state and local governments to fortify schools, hospitals, and other institutions.

“It’s really about being the facility of last resort. We’re the only medical center and emergency room on this barrier island,” Santorio said.

But Bernstein said the “Fort Knox model” of spending hundreds of millions of dollars on state-of-the-art hurricane-proof hospital buildings isn’t enough. This strategy doesn’t address flooded roads, transportation for patients ahead of a storm, medically vulnerable people in areas most at risk of flooding, emergency hospital evacuations, or the failure of backup power sources, he said.

Urging hospitals to fortify for more severe hurricanes and rising sea levels can feel overwhelming, especially when many are struggling to recover from pandemic-related financial stress, labor shortages, and fatigue, said Mediate, of the group Health Care Without Harm.

“Lots of things make it hard for them to see this is a problem, of course. But on top of how many other issues?” she said.

As Hurricane Ian approached the South Carolina coastline north of Charleston on Sept. 30, the city’s low-lying hospital district reported about 6 to 12 inches of water. “That’s much less than was expected,” Republican Gov. Henry McMaster said during a news briefing.

Though Hurricane Ian was a relatively minor weather event in South Carolina, it’s not unusual for Charleston’s downtown medical district to flood, making it dangerous and, sometimes, impossible for patients, hospital employees, and city residents to navigate surrounding streets.

In 2017, the Medical University of South Carolina ferried doctors across its large campus on johnboats during severe flooding from Hurricane Irma. One year later, the Charleston-based hospital system bought a military truck to navigate any future floodwaters.

Flooding, even after heavy rain and high tide, is one reason Roper St. Francis Healthcare—one of three systems in Charleston’s downtown medical district—announced plans to eventually move Roper Hospital off the Charleston peninsula after operating there for more than 150 years.

“It can make it very challenging for people to get in and out of here,” said Dr. Jeffrey DiLisi, CEO of Roper St. Francis.

The hospital system sustained light flooding in one of its downtown medical office buildings from Ian, but it could have been much worse, said DiLisi. He also said that the downtown district is no longer the geographic center of Charleston and that many patients say it’s inconvenient to get there.

“The further inland, the less likely you’re going to have some of those problems,” he said.

Unlike Roper St. Francis, most coastal nonprofit and public hospitals have chosen to remain in their locations and reinforce their buildings, said Justin Senior, the president of the Safety Net Hospital Alliance of Florida and a former secretary of the state’s Agency for Health Care Administration, which regulates hospitals.