A constantly runny nose and headaches when you stand or sit up may be signs of something more than seasonal allergies or a migraine. 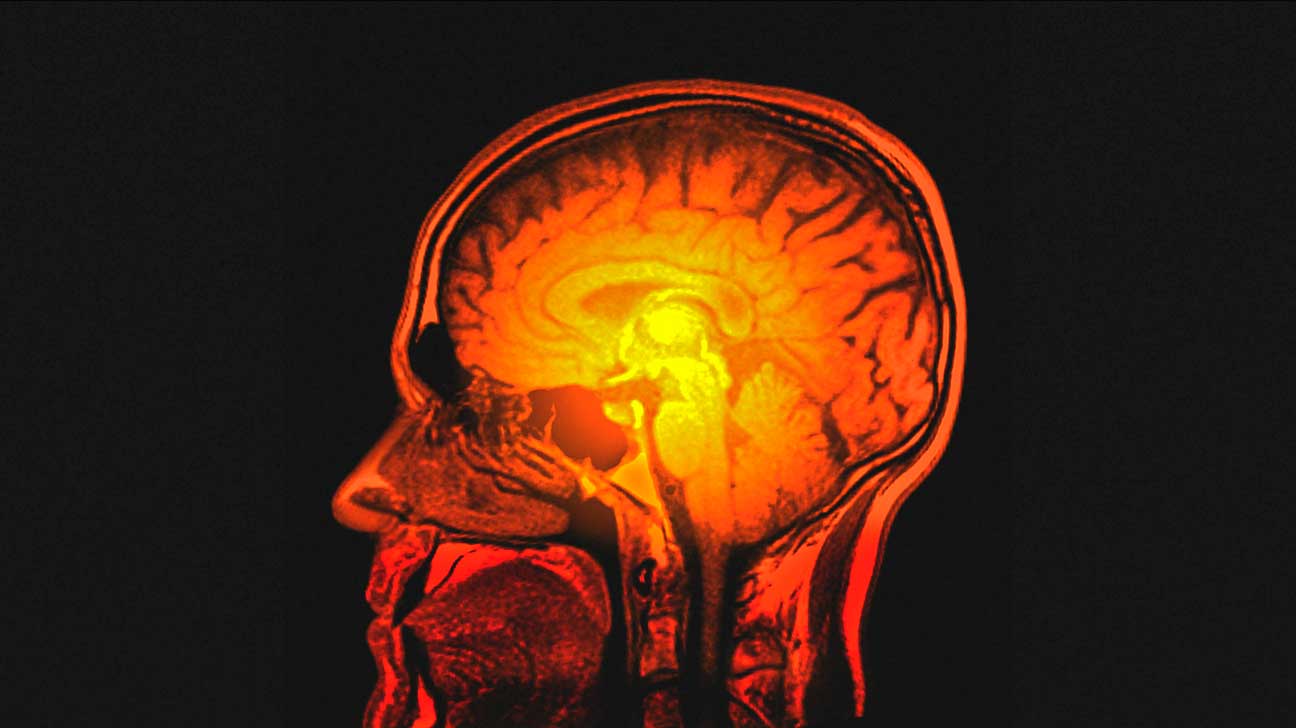 Leaking brain fluid out of your nose is probably not something you think about very often.

But being aware of the symptoms of this condition — known as a cerebrospinal fluid (CSF) leak — can help you seek medical help and avoid misdiagnosis.

Which is what happened to Kendra Jackson, a 52-year-old woman from Nebraska.

A few years after Jackson was involved in a serious car accident, she developed headaches and a runny nose, according to ABC affiliate KETV.

Even though she was losing about half a pint of fluid every day, her doctors for years thought she had allergies.

Until a specialist correctly diagnosed the source of the liquid as a CSF leak.

A CSF leak is caused by a tear in the soft tissues that envelop the brain and spinal cord — known as the dura mater.

This allows the fluid that bathes the brain and spinal cord to leak out, leading to a drop in the volume and pressure of the fluid.

When a CSF leak is in the head, the fluid can drain from the nose or ears, or discharge into the back of the throat.

If you have fluid leaking out of your nose, that doesn’t always mean you have a CSF leak, said Dr. Corinna Levine, an ear, nose and throat surgeon with the University of Miami Health System.

“But if it doesn’t get better with medication, or it keeps persisting, or it’s constantly dripping, then that’s a cause for a little bit more concern,” said Levine.

Patients who have had a CSF leak have described the fluid as having a salty or metallic taste.

Dr. Frank P.K. Hsu, chair of the department of neurological surgery at UC Irvine Health, said that the fluid may also “come and go.”

When fluid accumulates in a space inside the head, it can come rushing out when you tip your head forward — “like a bucket being filled up and then dumped.”

Dr. Michael E. Ivan, a neurosurgeon with the University of Miami Health System said headaches are another sign to look out for, especially if they happen every time you sit or stand up.

Signs of an infection are another concern, he said. These include stiff neck, fever, and chills.

According to Cedars-Sinai Medical Center in Los Angeles, people with a CSF leak may also experience nausea, vomiting, ringing in the ears or changes in hearing, and sensitivity to sound or light.

Not everyone has all of these symptoms, though.

“When the pressure in the head gets low, you can have a headache,” said Hsu, “but a lot of times, people don’t know about a CSF leak.”

According to the CSF Leak Association, CSF leaks affect at least 5 in every 100,000 people each year.

Some people may develop a CSF leak spontaneously for no known reason. But these are rare.

Ivan said that “there are other leaks that appear spontaneous but are related to something that happened to the person in the past.”

This might be a surgery or a head trauma.

“We see a lot of people who have some kind of accident, where they hit their head, and now several years later they have a leak,” said Ivan.

A CSF leak can also occur along the spine, such as after a medical procedure like a lumbar puncture, also known as a spinal tap.

A leak in the skull is particularly worrisome, though, because the nose is a pretty dirty place. This can increase the risk of infection.

“We worry about meningitis, because if there’s a leak, that means something could get back there,” said Hsu. “Some patients [treated for CSF leaks] had meningitis. That’s how they came to medical attention.”

CSF leaks can have other causes, such as a tumor or high pressure in the brain fluid.

If a leak is suspected, doctors can send fluid collected from the nose to a lab to determine if it is cerebrospinal fluid.

Ivan said “the hardest thing is really making sure that you confirm the diagnosis and know exactly where the leak is coming from.”

He said this can be done with a combination of high-resolution imaging to look at the flow of brain fluid. Or by injecting a fluorescent dye that allows surgeons to identify the location of even small leaks.

“It’s very rare that it will heal on its own. If it does, then people usually don’t notice the leak,” said Hsu. “But if there’s a persistent leak, then it will require some kind of treatment.”

Levine said most of the treatments fall into one of two categories.

Doctors may try to reduce the pressure by draining some of the fluid. This is done by surgically inserting a small drain, or shunt. Sometimes, this allows the leak to heal on its own.

Other times, especially with larger leaks, surgeons may patch the leak using tissue taken from the patient.

“A lot of times we’re able to go in through the nose with endoscopes, small scopes that we can use to see around the angles with, and insert little surgical instruments into the nose,” said Levine.

Taking care of the source of the leak is also important.

“It doesn’t just end with fixing a leak,” said Levine. “A patient’s care continues beyond that — figuring out why the leak happened, and in some cases, providing further treatment to make sure it doesn’t happen again.”