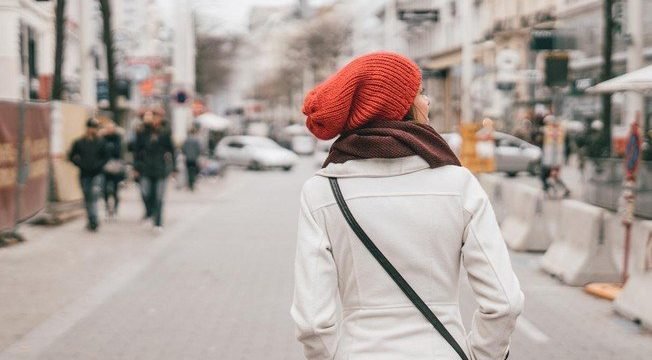 For his thesis, Derek Christie studied people who walk outdoors for more than one hour per day. Little research has been done into these frequent walkers, who could nevertheless help to shape public policies on mobility.

Some Swiss health insurance companies offer incentives to encourage people to walk 10,000 steps a day. This works out to about seven kilometers and over an hour of walking a day, in addition to any steps taken indoors. For most people, their already busy schedules mean it is not easy to find extra time to go walking, even if the steps do not have to be taken all in one go and can be broken down into 10- to 30-minute bouts. For his thesis, Derek Christie, a researcher in EPFL’s Urban Sociology Laboratory, spoke to over 70 of these frequent walkers in the Lake Geneva region. He looked at how these men and women organize their time, what they get out of so much walking, why they do it, and whether their behaviour might herald a change towards more sustainable mobility practices.

First of all, Derek Christie’s thesis, which he presented on 20 April 2018, shows that regular walking is achievable for most people without a disability. To get started, you just need to be organized and highly motivated. From there, it’s possible get into a routine in which walking becomes part of your daily life. Most of the people he spoke to had begun frequent walking because of a particular event or in the context of a change in lifestyle – similar to what has been observed in people who give up smoking. The use of a pedometer, either mechanical or on a smartphone, often played a decisive role. Other triggers included Nordic walking, health problems (particularly cardiovascular issues) and the desire to lose weight.

Once they had made the change, most of the frequent walkers found it easy to keep up their routine over several months without being put off by inconveniences such as the weather. For the most part, they kept up their routine simply because of the pleasure they got out of it. Another key motivation was personal health, usually described as a general sense of well-being.

A total of 74 volunteers took part in the study; 41 semi-directive recorded interviews were held, and 48 people were equipped with an offline GPS tracker that they carried in their pocket. Some people took part in both the interviews and the GPS monitoring, while others were involved in just one of the two phases of the study. A third phase, which comprised medical tests conducted in collaboration with the Geneva University Hospitals Health Bus (Bus Santé), involved 27 volunteers. This partnership with the Unit of Population Epidemiology in Geneva will form the basis of a more ambitious study planned for a later date. The aim will be to determine the relationship between regular walking and glycemia, total cholesterol, blood pressure, resting heart rate, body mass index and the waist-hip ratio.

Facilitators and obstacles to walking

A cross-analysis showed that time-management strategies like getting up earlier or changing the route on the way out or back were common. Walking was also facilitated – but not decisively – by parks and other green spaces. Some of the obstacles encountered included road traffic, narrow or missing sidewalks, slow traffic lights, and exposure to traffic noise, air pollution or tobacco smoke. Environmental motivations were rarely mentioned, and the researcher found no evidence of an informal community of frequent walkers, who usually do not know each other and tend to switch off while walking, keeping themselves rather closed off socially. Individual rather than collective motivations clearly emerged from the analysis.