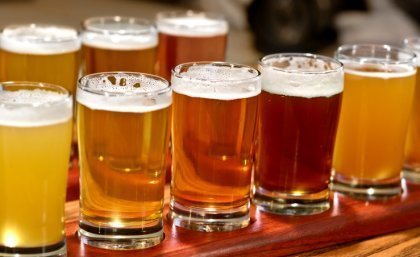 Thresholds for safer alcohol use might need lowering, University of Queensland drug and alcohol experts have cautioned.

Professors Wayne Hall and Jason Connor from the Centre for Youth Substance Abuse Research have made the recommendations following a study on global alcohol consumption.

The study is one of the largest ever, co-authored by over 100 international academics who analysed alcohol use in 599,912 drinkers in 19 countries over five decades.

“Around half of people in the study reported drinking more than 100 grams (or 10 standard drinks) of alcohol per week and almost 10 per cent drank more than 350 grams per week.

“The study suggests that reductions in alcohol consumption could increase life expectancy by up to two years in a 40-year-old drinker.

“However, this gain in life expectancy is only seen when alcohol consumption is below 100 grams per week.”

Current alcohol consumption guidelines vary around the world – in Australia, no more than 140 grams per week (14 standard drinks) is the current recommended limit.

“The study supports an adoption of lower limits of alcohol consumption than are recommended in most current guidelines across the globe – 100 grams per week maximum,” Professor Hall said.

“These recommended drinking levels will no doubt be described as implausible and impracticable by the alcohol industry and other opponents of public health warnings on alcohol.

“Nonetheless, the findings ought to be widely disseminated and they should provoke informed public and professional debate.”

The National Health and Medical Research Council is currently undertaking a revision of the Australian Guidelines to Reduce Health Risks from Drinking Alcohol 2009.