Erin Brockovich, the American environmental activist and former legal clerk whose story of fighting the corporate contamination of drinking water in California led to a Hollywood blockbuster, has expressed concern about revelations from Fairfax Media on a cancer outbreak in a school in the US state of Minnesota.

Erin Brockovich expressed her heartbreak at the revelations.

Ms Brockovich, famously played by Julia Roberts in the movie Erin Brockovich, weighed in after a fresh US government report was released showing that the family of industrial chemicals to which the students had been exposed is even more toxic than previously thought.

On the same day the report was released, the New York Attorney-General launched legal action against five manufacturers, including 3M.

"This is absolutely heartbreaking … Think about it next time you purchase a 3M product," Ms Brockovich wrote on Facebook, linking to the original Fairfax Media story.

The report released overnight showed that PFAS chemicals in public water supplies around the country are threatening human health at concentrations seven to 10 times lower than previously realised.

The New York Attorney-General launched legal action against 3M and other manufacturers of perfluoroalkyl and polyfluoroalkyl (PFAS). They were used in goods such as fire-suppressing foam, non-stick pans and fast-food wrappers. 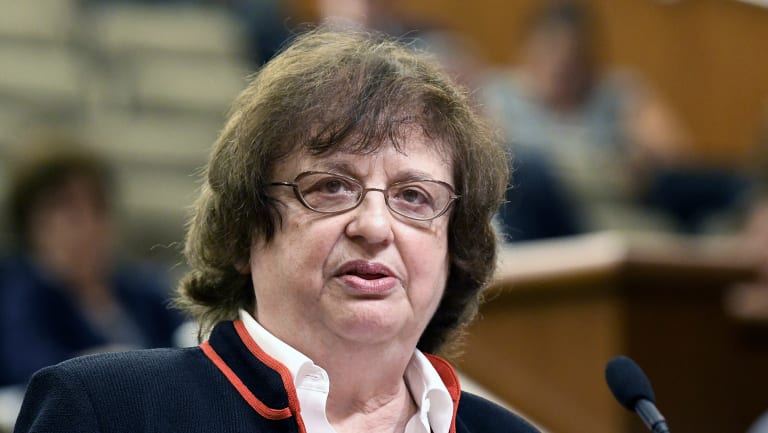 A draft of the report had set off alarms within the Trump administration earlier this year. A January email from a White House official, released under the Freedom of Information Act, refers to it as a "potential public relations nightmare".

Fairfax Media last week revealed at least five deaths from cancer and a further 16 cancer survivors who all attended Tartan Senior High School in Oakdale, Minnesota, since 2002, and were all diagnosed during their elementary, middle or high school years or within 10 years of graduating. 3M also allegedly attempted to conceal the extent of the effects of its materials, Fairfax Media revealed.

The case has significance in Australia following revelations in Fairfax Media last year that 50 residents in Williamtown near Newcastle close to the air force base had developed cancer over 15 years.

Australia is one of only a handful of countries not to have banned PFAS chemicals and the government is defending numerous legal actions from affected communities.

Both the Oakdale and Williamtown areas had contaminated drinking water. There are now at least 90 sites in Australia under investigation for contamination, Fairfax revealed.

"We are filing a landmark lawsuit against 3M and 5 other companies whose use of hazardous firefighting foams caused widespread environmental contamination in New York – including rendering drinking water unsafe for tens of thousands of New Yorkers," she wrote on Twitter.

"Our suit would require 3M and the other companies to fully repay New York for the clean up of contamination released by these products at military and civilian airports, and the toxic mess it created in Newburgh and New Windsor, Southampton, Plattsburgh, and Rome.

"The firefighting foams made by these companies resulted in PFOA and PFOS contamination. These chemicals are extremely mobile and persistent in the environment, and they are associated with a host of serious illnesses, including cancer, liver damage, and immune system effects.

"What happened here was unacceptable and incredibly dangerous. We are going to hold these companies accountable for endangering our health."

The Environmental Protection Agency has launched national hearings on the contaminant.

Ms Brockovich gained fame after she was instrumental in building a case against the contamination of drinking water by Pacific Gas and Electric Company of California in 1993, despite a lack of formal legal education.