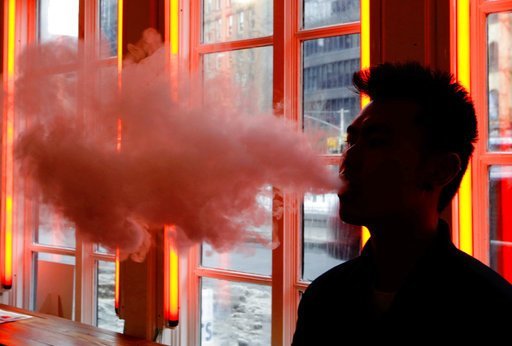 A growing number of e-cigarette and vaporizer sellers have started offering college scholarships as a way to get their brands listed on university websites and to get students to write essays about the potential benefits of vaping.

The tactic is taken from a method that was once believed to improve a site’s ranking in search results, and it has successfully landed vaping brands on the sites of some of the nation’s best-known universities, including Harvard. It also has drawn criticism that the scholarships are a thinly disguised ploy to attract young customers.

The scholarships, ranging from $250 to $5,000, mostly involve essay contests that ask students to write about the dangers of tobacco or whether vaping could be a safer alternative. At least one company asks applicants to write about different types of e-cigarettes and which one they recommend. Some seek papers in support of medical marijuana.

Over the last two years, the grants have been posted online by e-cigarette retailers and review websites such as Slick Vapes, SmokeTastic and DaVinci Vaporizer.

Robert Pagano, owner of the Las Vegas-based review site Vapor Vanity, said he was offering new scholarships of up to $1,500 this year. He acknowledged it’s partly a marketing tool, but he also says many in the industry are former smokers and want to help teens avoid tobacco.

“It’s a little bit of being genuine, a little bit of self-interest,” said Pagano, whose company does not sell vaping products. “This is probably the best way to get people to actually focus on the issues that we’re trying to write about.”

Days after Pagano was interviewed by The Associated Press, the scholarships were removed from his site without explanation. He did not return calls or emails seeking further comment.

The grants have emerged as high schools struggle to rein in booming teen use of the devices, sometimes threatening students with suspensions or installing alarms that can detect the devices’ discreet vapor. Federal agencies have attempted to crack down on underage sales and are investigating marketing efforts by the brand Juul, which has become especially popular among teens.

Although some of the scholarships are limited to students 18 and older—the nation’s legal age to buy vaping products—many are open to younger teens or have no age limit.

Most companies behind the essay contests did not return calls or declined interview requests. But the American Vaping Association trade group defended the practice, saying it allows companies to boost their brand while offering college students a helping hand.

The head of the association, Gregory Conley, compared it with scholarship programs that have long been offered by alcohol makers like Anheuser-Busch, which distributes tens of thousands of dollars each year for minority students.

Some anti-tobacco groups were unaware of the scholarships until asked about them by the AP, but they sharply criticized efforts to get teens writing in favor of vaping.

“They’re trying to use youth as their marketing surrogates,” said Gregg Haifley, director of federal relations for the American Cancer Society’s lobbying arm in Washington. “They can gussy it up any way they want, try to put lipstick on that pig, but this is about marketing.”

Opponents said the scholarships could test federal rules forbidding tobacco and e-cigarette companies from marketing to minors. The Food and Drug Administration, which oversees regulation of e-cigarettes, declined to comment on the question and referred a reporter to the Federal Trade Commission. An FTC spokesman did not respond to a request for comment.

Most medical experts agree that vaping is safer than smoking traditional cigarettes, but little is known about its long-term health effects.

Manufacturers often say vaping products are meant only for adults trying to quit smoking, and some of the essay contests note that they aren’t meant to promote vaping. But some anti-tobacco groups say there’s no other reason the companies would reach out to young people.

“Most of these kids are not smokers,” said Robin Koval, president of the Truth Initiative, a Washington-based nonprofit that opposes the tobacco and vaping industries. “What they’re saying and what they’re doing don’t seem to agree here. But that’s not surprising.”

It’s unclear how many—if any—of the scholarships have been awarded. Several websites promise to publicize winners and their essays, but it doesn’t appear any have done so. None of the 15 companies contacted by the AP would disclose winners, and only one agreed to an interview.

Marketing experts say the vaping industry isn’t the first to use college scholarships as a form of cheap advertising. The internet is teeming with similar offers from websites that sell weight-loss pills and protein powders, as well as payday lenders and companies that pay cash for gold.

The tactic was created years ago, at a time when websites thought getting their link on a college or government site would boost their rankings in Google search results. Some created scholarships purely to get their links on university financial-aid pages.

“This is almost a backdoor way to get your name on a university website, and from the point of view of the student, it would look like the university is supporting this effort,” said Ron Berman, who teaches marketing at the University of Pennsylvania’s business school.

The tactic worked. Vaping scholarships have ended up on financial-aid directories compiled by Harvard, the University of California at Berkeley, the University of Pittsburgh and others, including institutions that have taken a stance against e-cigarettes.

Harvard and California State University at Long Beach immediately removed the listings after being asked about them by the AP, saying they had been posted inadvertently.

“We’re not interested in being a platform for tobacco or vaping,” said Jeff Bliss, a spokesman for CSU Long Beach.

Some marketing firms advise against the strategy, calling it outdated. Google has updated its algorithm to defeat similar tactics, and it penalizes sites that try to manipulate search rankings.

Wil Reynolds, founder of the Philadelphia-based marketing agency Seer Interactive, said his company employed the strategy years ago for clients connected to the education world, but he abandoned it after other industries started exploiting it.