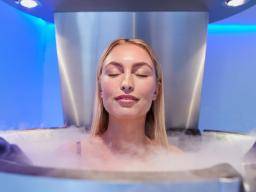 People, including self-described “Iceman” Wim Hof, claim that extreme cold can improve mental and physical health and even prolong life. So what does the science say?

Research on cryotherapy is as new as is the trend for the treatment. So doctors do not fully understand all the potential benefits and risks of the process.

In this article, we look at some of the possible benefits to be had from cryotherapy healing, as well as other facts a person may need to know before they consider it.

Safety and what to expect

The most popular form of cryotherapy involves sitting in a cryotherapy booth for 3–5 minutes.

Some people undergo cryotherapy facials, which apply cold to the face only. Others use a cryotherapy wand to target specific areas, such as a painful joint.

Most people use the term cryotherapy to refer to whole-body cryotherapy.

This is non-medical treatment in a spa or similar setting.

Doctors, however, also use cryotherapy. For instance, very cold temperatures can be used to freeze off warts or cancerous cells.

Though unpleasant to begin with, cryotherapy tends to get better with each treatment, as the body adjusts to the low temperature.

It is generally safe, but it is important to talk to a doctor before trying cryotherapy.

Cryotherapy alone will not cause weight loss, but it could support the process. In theory, being cold forces the body to work harder to stay warm.

Some cryotherapy providers claim that a few minutes of cold can increase metabolism all day. Eventually, they claim, people no longer feel cold because their metabolism has adjusted and increased in response to the cold temperature.

A small 2016 study found no significant changes in body composition after 10 sessions of cryotherapy.

Because cryotherapy helps with muscle pain, it could make it easier to get back to a fitness routine following an injury. This potential weight loss benefit is limited to people who cannot or will not exercise because of pain.

As such, reducing inflammation could also improve overall health and reduce the risk of numerous chronic ailments.

Some studies suggest that cryotherapy can reduce inflammation. However, most research has been done on rats, so to confirm the data, more research is needed on people.

If cryotherapy reduces inflammation, it could also reduce the risk of developing dementia.

A 2012 paper puts forward the possibility of cryotherapy being able to reduce the inflammation and oxidative stress associated with dementia, mild cognitive impairment, and other age-related forms of cognitive decline.

Because whole body cryotherapy might reduce inflammation, it is possible it could also lower the risk of developing cancer.

So far, there is no evidence that cryotherapy can treat cancer once the disease has developed. However, medical cryotherapy is a well-established treatment for certain forms of cancer.

A doctor might use cryotherapy to freeze off cancer cells on the skin or cervix and occasionally to remove other cancers.

A small 2008 study found that in a third of people with depression or anxiety, cryotherapy reduced symptoms by at least 50 percent. This was a much greater reduction than in people who did not undergo cryotherapy.

The chronic inflammatory skin condition known as eczema can cause intensely itchy patches of dry skin. A small 2008 study of people with eczema had participants stop using eczema medications. They then tried cryotherapy. Many of them saw improvements in their eczema symptoms, though some complained of frostbite on small areas of the skin.

Targeted cryotherapy that focuses on the neck may help prevent migraine headaches. In a 2013 study, researchers applied cryotherapy to the necks of people who had migraines. The treatment reduced but did not eliminate their pain.

Anecdotal evidence suggests cryotherapy may help with a range of concerns, including slowing or reversing skin aging, supporting fat loss, preventing chronic diseases, and others.

Until further research can support these claims, however, it is impossible to determine accurately how effective cryotherapy is as a treatment.