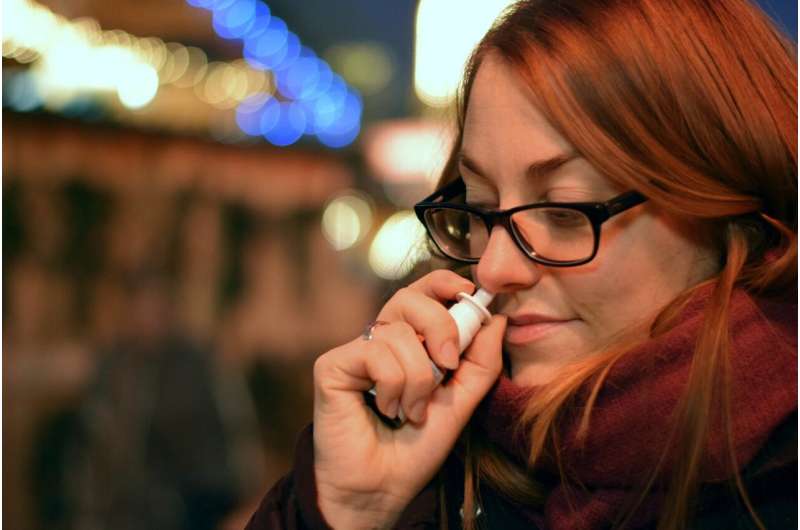 The possibility of a mouth wash or nasal spray to prevent or reduce the spread of COVID-19 infections and its variants is being investigated by scientists at QUT, Griffith University and Xiamen University in China.

The concept is based on cold atmospheric plasma (CAP), an ionized gas that has several emerging medical uses including decontamination of bacteria, enhanced wound healing, and treating cancers and skin infections.

QUT Professor Rik Thompson, research lead for QUT at the Translational Research Institute and co-leader of the QUT Cancer Research Network, said viruses such as SARS-CoV-2 (that causes COVID-19) require the receptor protein ACE2 on cells’ surface to bind to and enter and infect cells.

“We found that a very brief exposure of cells to CAP caused the almost immediate loss of ACE2 from the cell surface, and this loss reduced the uptake of SARS-CoV-2 virus-like nanoparticles that bind the ACE2 receptor, and actual SARS-CoV-2,” Professor Thompson said.

“CAP’s activity can be transferred to water or other liquids (so-called plasma-activated medium or PAM), which is more versatile, can be longer lasting, and broadens the scope for use. This means that CAP as PAM could inhibit the entry of the virus into cells which could lead to the development of methods of direct delivery such as mouth wash or nasal spray.

“These could be used in situations of higher exposure, such as before entering a cinema, shopping center or public transport where there are lots of people indoors.

“In our culture systems, the ACE2 stayed suppressed for nine hours and fully returned after 12 hours, however we have not yet tested the effects of sequential treatments that could extend the suppression. CAP is easy to produce and becomes de-activated over time, making it an environmentally sound treatment option.”

Professor Thompson said the team had transitioned their research on CAP’s effects on triple negative breast cancer (TNBC) cells, which lack the three receptors that can be targeted for treatment, to see if it could have a role in combatting infection by SARS-CoV-2.

“We found that the responses to CAP were due to modification of some of the other receptors that are enriched on the TNBC cells and so we pivoted our work to look at the ACE2 receptor that is the key to infection by the SARS-CoV-2.”

Professor Thompson said they may have also discovered a partial explanation for why women are less likely to develop severe COVID-19. “The female sex hormone E2 resembles CAP in triggering ACE2 loss and supports the protective role of ACE2 internalization in fighting against severe SARS-CoV-2 infection.

“Also, the use of CAP against viral diseases is not limited to SARS-CoV-2 but may apply to any other viruses that use ACE2 to enter cells. These results suggest further research is needed for this novel use of CAP.”