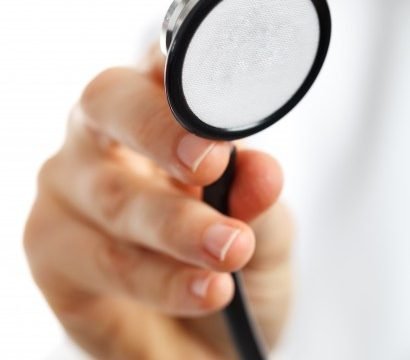 The Trump administration approved new insurance rules this week that will make it easier for people to buy skimpy health plans—and possibly wind up with insurance that falls short of their expectations.

Under the federal health-care law, all plans sold to individuals and small businesses were required to cover a list of basic benefits, such as maternity, mental-health services, and prescription drugs. Now, association health plans, through which small businesses buy insurance together, will be able to omit some of those benefits.

The Trump administration has also proposed rules to loosen regulations on short-term health plans, which can cost as little as $25 a month, but often do not cover many of the services that people have come to expect.

When the individual mandate, which required people to buy comprehensive health insurance, is eliminated in January, people will be free to buy these anemic health plans without paying a tax penalty.

Health insurance is inherently expensive and rock-bottom premium prices can be tantalizing. But like a jalopy with a candy apple paint job, the cheapest health plans often aren’t what they seem.

Unsure what to look for, people often buy insurance based on how much it will cost them every month and unknowingly end up with a plan that doesn’t cover certain services, has a limited doctor network, or other shortcomings that lead to big bills.

“People have come to believe that health insurance is fairly comprehensive because that’s what the Affordable Care Act did,” said Joel Cantor, director of the Center for State Health Policy at Rutgers University. “But that’s step by step being undone.”

Scott Fegley, a private-practice lawyer in Yardley, thought he’d found a great deal: His insurance broker said he could save $150 a month on health insurance by paying $25 monthly dues to a Long Island union to participate in its health and welfare fund. The union dues are on top of a $1,400 premium he pays monthly.

But when he wound up in a hospital outside Trenton with a kidney stone in January, he learned how little negotiating the plan did on his behalf. The plan reduced the hospital’s $28,000 charge to $24,000 and stuck Fegley with $7,000 of it—the plan’s out-of-pocket maximum.

“How do hospitals and insurance companies get away with this type of behavior?” he said. “They’re all making money hand over fist.”

It’s common for health plans to give in to higher rates to bring into the network doctors who won’t budge on their prices or to prevent members from surprise bills, said Jon Jablon, a Boston-area lawyer with the Phia Group, which specializes in employer benefits.

Unlike association and short-term plans that can be short on benefits, Fegley’s plan covers all the essential health benefits required under the Affordable Care Act.

And after a strongly worded letter to the hospital’s leadership, his bill was reduced to $500.

But there was something else unusual about Fegley’s health plan that hadn’t caught his attention: Unions don’t usually sell their health plans through insurance brokers and the practice can be a red flag.

Unions commonly offer benefits, such as a health plan, but their primary role must be representing workers against an employer or a group of employers, said Dania Palanker, an assistant research professor at the Center on Health Insurance Reforms at Georgetown University. Health plans are typically negotiated as part of a collective bargaining agreement with employers.

“Insurance is a benefit of joining the union,” she said, “but you’re not supposed to exist as a union just to offer benefits.”

Selling the plan through brokers suggests that people are joining for the health benefits—especially when the people signing up are self-employed lawyers with no need for union representation.

“They take out the $25 a month membership fee and other than that I don’t receive anything from them,” Fegley said of the union. “I wouldn’t belong to one other than this purpose.”

The union involved, the International Brotherhood of Trade Unions Local 713 in Garden City, N.Y., did not respond to multiple requests for comment.

According to its website, the independent union was founded in 1995 and represents workers “in every conceivable type of business,” including manufacturing, sales, clerical work, and construction trades. Its membership has tripled over the last five years, to 15,845 in 2017, and its president, Peter Hasho earned $560,000 that year, according to federal regulatory filings.

The Department of Labor says it is legal for unions to sell their health plans through a broker, though highly uncommon, and anyone suspicious of their insurance should contact authorities.

Opponents of the health law say the Trump administration’s efforts to make association and short-term health plans more accessible will provide affordable insurance for businesses and individuals who don’t need all the benefits required by the Affordable Care Act.

But analysts caution that as association and short-term health plans grow, it won’t be hard for people to inadvertently end up with insurance that isn’t what they expected—especially if they try to save money by buying a plan that covers only what they think they’ll need or look only at the monthly premium.

“Health insurance is sort of mind-numbingly complicated,” Cantor said. “Of course you’re buying something to protect you against the unknown, but you can’t possibly spin out every scenario that could happen with your health.”

If you weren’t planning for a child while shopping for a health plan, for example, it may not occur to you to check whether the plan covers maternity—an oversight that could be costly if you become pregnant months later and realize short-term plans don’t cover that.

One way to ensure a robust health plan is to buy through the federal insurance exchange or your state’s exchange—even if you don’t qualify for an income-based subsidy—because the plans are guaranteed to meet the health law’s rules for minimum coverage, said Karen Pollitz, a senior fellow at the Kaiser Family Foundation.

People who plan to buy through a broker should carefully examine any plan that is cheaper than its competitors or by a seller you don’t recognize.

Ask whether the plan covers all essential benefits and is considered compliant with the Affordable Care Act. A questionnaire about your health or list of pre-existing conditions that are excluded are signs the plan doesn’t meet those standards, Pollitz said.

And don’t get hung up on the premium and deductible. Ask, too, about the plan’s out-of-pocket maximum (how much you will have to spend before care is covered in full), whether the plan has a limit on how much it will pay, and what kind of doctor network it has.