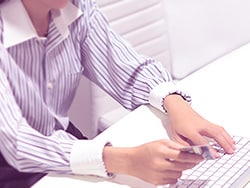 All federal agencies must fully implement updated policies, including ending the optional 12-month embargo, no later than December 31, 2025, the White House Office of Science and Technology Policy (OSTP) said. OSTP also said it expects agencies to get these plans for greater public access updated by mid-2023.

“Yet too often the articles that report on the results of this research are locked behind expensive paywalls,” SPARC said. “The world learned how critical open access to research was during COVID-19. In 2020, paywalls were lifted for coronavirus articles, enabling scientists and doctors to access the latest research without delay and leading to the fastest development of a vaccine in history.

The Association of American Publishers (AAP) raised immediate objections, however. The call for changes in “access policies for private sector research publications comes without formal, meaningful consultation or public input during this administration on a decision that will have sweeping ramifications, including serious economic impact,” said Shelley Husband, AAP’s senior vice president for government affairs, in a statement.

Husband said many publishers already are working to speed up access and have regularly launched new journals.

“This important work is part of a competitive marketplace geared towards excellence; it is very different than the government mandating business models,” Husband said. “How will publishers, especially small publishers, sustain the accuracy, quality, and output that the public interest requires?”

“In a no-embargo environment, in which private publications will be made immediately available by the government for free, our primary concerns are about business sustainability and quality,” Husband said.

In a statement, the New England Journal of Medicine (NEJM) said the OSTP plan “is not the model that we would have chosen” for expanding access.

“That being said, we look forward to hearing about the rules in detail so that we can continue to publish the most impactful medical research,” NEJM said.

Kirsten Bibbins-Domingo, MD, PhD, editor-in-chief of JAMA and JAMA Network, said in an emailed statement that her organization is “committed to adopting our publication framework to support transparency and equitable, open access to research.”

“We will review the statement issued by the White House Office of Science and Technology Policy and look forward to discussions and working with the appropriate parties as the contours of this policy come into focus,” Bibbins-Domingo said.

Building on Past Progress

The new Biden directive builds on previous federal efforts to expand access, which themselves were the result of years of work by advocates for greater sharing of scientific knowledge.

These previous efforts include a mandate created during the Bush Administration. A spending package enacted in 2007 included a provision calling for public release of studies based on research funded by the National Institutes of Health (NIH) no later than 12 months after the official date of publication.

Mandates like that one have been critical in advancing efforts for open access to scientific publications, Harold Varmus, MD, a former NIH director and one of the founders of the nonprofit open-access PLOS website, told Medscape Medical News. He recalled how some of his early efforts in advocating for public access to medical studies finally resulted in PubMed Central.

Also called PMC, PubMed Central launched in 2000 as a free archive for full-text biomedical and life sciences journal articles. The federal mandate changed PubMed Central from a somewhat sparse set of articles voluntarily contributed into a behemoth set of studies available to the public, Varmus said.

PubMed Central “was important to have, but it didn’t do all that well until Congress said, ‘You know what, if you want money to do research, you’ve got to get that research in the public domain,” Varmus told Medscape Medical News. “That was a very important moment.”

The Obama administration advanced the mandate for increasing access to federally funded research through a 2013 memorandum. Even as vice president, Biden was a noted advocate of efforts to expand access to the results of scientific research, an interest sharpened by his support for efforts to develop cancer medicines.

This includes supporting a mandate for showing results of studies listed on ClinicalTrials.gov, as well as effort to get broad access to publications. At a 2016 meeting of the American Association for Cancer Research, Biden argued that the public deserved better treatment from publishers, given the roughly $5 billion a year spent on cancer research.

“Right now, you work for years to come up with a significant breakthrough, and if you do, you get to publish a paper in one of the top journals. For anyone to get access to that publication, they have to pay hundreds or even thousands of dollars to subscribe to a single journal,” Biden said. “Tell me how this is moving the process along more rapidly.”

Varmus had suggested to Biden in an August 11 letter that his administration take further action on open access. Varmus noted that there are now many pathways for “immediate open access to peer-reviewed articles published in journals; the posting of pre-prints on dedicated digital platforms, such as bioRxiv; and the storage, search, and retrieval of millions of articles housed in public digital libraries, such as PubMed Central at NIH.”

But he also noted some of the potential challenges ahead.

“Some publishers have been resistant to changes that would enhance access to their content, contending that such changes will undermine their economic viability,” Varmus wrote.

“But there is abundant evidence that research articles and data can be made immediately and freely available through the mechanisms described above, and that these mechanisms can be financed at reasonable rates to expedite the nation’s scientific work and improve the public’s confidence in science and government,” Varmus said.

A report in Nature, for example, quotes Carrie Webster, vice-president for open access at Springer Nature, which publishes Nature, as saying she hopes to see “a commitment from the US federally funded agencies to support gold open access,” referring to financial support for publishing papers open access in journals. (Nature’s news team is editorially independent of its publisher, the article said.)

Michael Eisen, PhD, another veteran advocate for open access for scientific publications, has said he will use Twitter to keep tabs on potential efforts to water down the Biden administration’s plan.

“Everyone nervous that journals will find a way to turn this into yet another publisher money grab, this is just the beginning of a process to determine HOW the US achieves 100% #openaccess. Speak up to fight publisher greed and ensure a fair system,” tweeted Eisen, an investigator with the Howard Hughes Medical Institute and a tenured professor in the Department of Molecular and Cell Biology at the University of California, Berkeley.

Kerry Dooley Young is a freelance journalist based in Miami Beach, Florida. She is the core topic leader on patient safety issues for the Association of Health Care Journalists. Follow her on Twitter at @kdooleyyoung.