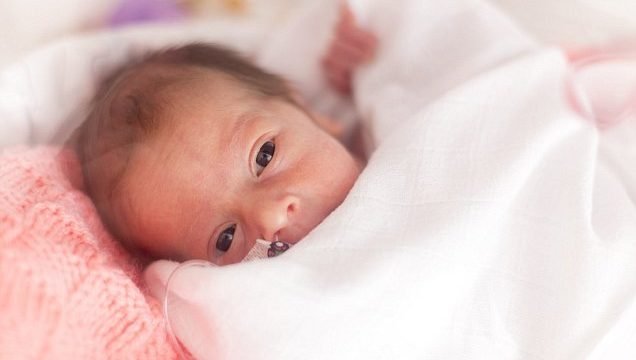 Infants born at less than 34 weeks are more at risk of ADHD symptoms, such as hyperactivity or short attention spans, a study found today.

Hyperactivity is more common in premature babies, while short attention spans affect such infants in later life, the research adds. For unclear reasons, the results are particularly true of girls.

Previous findings suggest premature babies have underdeveloped organs, which can lead to inflammation and hormonal changes that cause ADHD.

Around one in 10 babies in the US are born before 37 weeks, which is classed as being premature, according to the Centers for Disease Control and Prevention. The World Health Organization states eight in 100 British infants are born early. The researchers, from the Institute of Public Health in Oslo, Norway, analysed data from a Norwegian Mother and Child cohort study (MoBa), which included results from more than 113,000 children, including 33,081 siblings.

They wrote: ‘To our knowledge, this is the first study to investigate the association between preterm birth and symptoms of ADHD using a sibling-comparison design.’

The study, published in the journal JAMA Pediatrics, compared how premature a baby was with their chance of developing ADHD at the ages of five and eight.

ADHD was assessed by asking the children’s mothers about any symptoms. About 10 percent of babies born in the US each year are premature.

A birth is premature if the baby arrives at least three weeks early – or prior to 37 weeks.

Premature babies or ‘preemies’ are often underweight and small.

They sometimes continue to have delayed physical growth and development.

Early birth has also been linked to broad behavioral and personality issues, thought to be caused by abnormalities in brain development.

The lungs are one of the last vital organs to fully develop – only becoming mature after 32 weeks – so preemies frequently suffer from asthma and other pulmonary problems.

Children born premature are also more likely to later have intestinal, hearing, vision and dental problems and get frequent infections.

Premature birth is the largest cause of infant mortality in the US. In 2015, preterm birth and low-birth weights accounted for approximately 17 percent infant deaths.

A test for premature babies?

There may be a new cheap test could predict a woman’s risk of having a premature birth, scientists revealed in May.

The accurate test carried out between 15 and 20 weeks would allow doctors to start treatments early to prevent early births or complications later in pregnancy.

In doing so, researchers say it could curb the leading cause of death in children under five in America (premature birth), and the leading direct cause of maternal death (preeclampsia).

Currently there is a test for premature births but it is expensive and only screens for spontaneous preterm birth, not for signs that could lead to indicated preterm births or for preeclampsia.

They are at increased risk of death, respiratory problems, cerebral palsy and other neurological problems, as well as the risk of longer term developmental problems.

Preterm birth is often associated with inflammation and has many potential causes, including an acute infection in the mother, exposure to environmental toxins, or chronic conditions like hypertension and diabetes.

The new test developed by University of California San Francisco scientists screens for 25 biomarkers of inflammation and immune system activation, as well as for levels of proteins that are important for placenta development.

Combined with information on other risk factors, such as the mother’s age and income, the test can predict whether a woman is at risk for preterm birth with more than 80 percent accuracy.