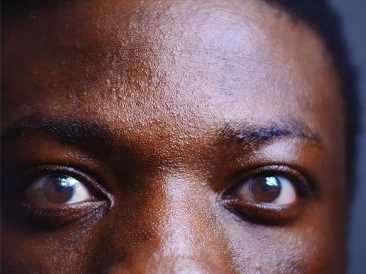 The complex community of microorganisms that live on the skin is often out of balance in people with atopic dermatitis (AD). This imbalance can exacerbate the condition. Scientists are working on novel probiotic treatments that will restore a more harmonious microbial ecosystem in the skin of people with AD. But there are already proven ways for people to nurture a healthier skin microbiome. 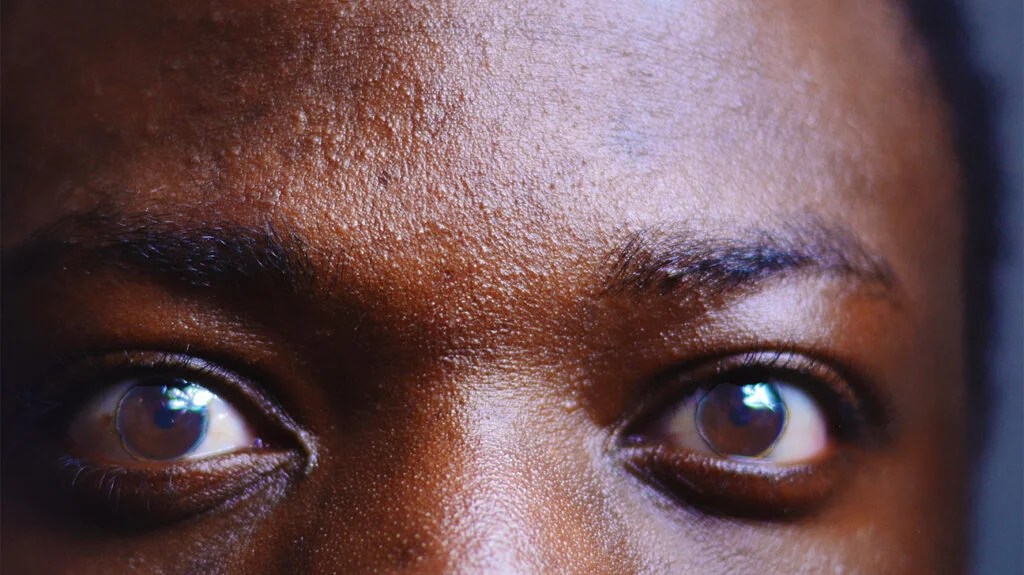 The vast array of bacteria, fungi, and viruses that make their homes on human skin interact with each other and the body in highly complex ways that scientists are only just beginning to understand.

More than 1,000 different species of bacteria alone live on the skin, where they occupy a wide range of unique ecological niches — everywhere from the scalp to the soles of the feet.

Despite appearances, the skin is not flat, but rather a 3D forest of hair follicles and sweat glands with a total surface area of around 25 square meters.

Ecologists know that healthy ecosystems contain a diversity of creatures, with no single species dominating the others, and the community of microorganisms that live on human skin is no different.

As with flora and fauna in a rainforest, the microbes that live on healthy skin — collectively known as the skin microbiome — are extraordinarily diverse and coexist in an intricate balance.

In recent years, scientists have discovered that this diversity helps maintain the skin’s capacity to act as a protective barrier. It also helps to establish healthy interactions with the human immune system.

When this diversity is compromised, and a single species starts to dominate the others, however, the skin becomes more vulnerable to damage and prone to inflammation.

This appears to be what happens in AD, which is the most common form of eczema.

Symptoms of AD include dry, scaly skin, flushing, and itching. During flare-ups, weeping sores can develop in vulnerable areas such as the creases of the elbows or knees and the nape of the neck.

People with AD have reduced levels of antimicrobial molecules in their skin, which increases their risk of infections.

In addition, many people with AD have alterations in a gene complex that codes for a structural protein called filaggrin. Filaggrin bundles together fibers within cells in a deep layer of the skin called the stratum granulosum.

As a result, the cells are misshapen when they reach the outer, protective layer of skin, known as the stratum corneum. This makes the skin less effective as a barrier to harmful bacteria.

Overzealous washing with ordinary soaps can also harm the skin barrier by drying it out and physically damaging it.

“The microbiome can be altered by both genetic or environmental factors like over-washing or scrubbing the skin,” said Dr. Zeichner.

“Inflammatory conditions like eczema are associated with an altered microbiome and an overgrowth of pathogenic organisms,” he added.

Several studies have shown that changes in the skin microbiome precede flare-ups in AD.

There is also evidence that people with AD have a less diverse skin microbiome that is dominated by a few species.

A recent study found differences in the bacteria, fungi, and viruses living on the skin of people with AD compared with those without the disease.

For example, there was less diversity in the bacterial species found in the creases or “flexures” of the elbows and knees. Here, the genus Staphylococcus — in particular, S. aureus and S. epidermidis — dominated.

Other research suggests that the skin of around 90% of people with AD is colonized with various strains of S. aureus.

Approximately half of all these strains produce toxins, which can contribute to inflammation and compromise the skin barrier.

AD is a chronic condition that starts in the first 5 years of life in 95% of cases. It affects around 20% of children, and approximately 1 in 4 of these children will continue to have the condition as adults.

S. aureus seems to play a role in AD from early in life. A study that analyzed the microbiomes of 149 infants from birth to 2 years of age revealed that at 3 months, S. aureus was already more prevalent on the skin of those who would go on to develop AD.

This study and research in mouse models of AD strongly suggest that changes in the skin microbiome help drive the disease, starting in childhood.

These changes persist in adulthood and are associated with worsening symptoms.

Defects in the skin barrier

One study found that in people with AD, the bacterial diversity and composition of unaffected — nonlesional — and affected — lesional — skin were similar.

“I believe that this finding indicates that the skin physiological changes on AD skin might be universal. By this, I mean that both lesional and nonlesional skin are affected,” said Sofie Marie Edslev, a Ph.D. student at the Statens Serum Institute in Copenhagen, Denmark, who led the research.

Edslev told MNT that her findings imply that factors, such as the acidity, the amount of filaggrin, and other defects in the skin barrier may help explain why the skin microbiome of people with AD is different from that of people without the condition.

Her research found that people with more severe AD tended to have a greater abundance of various species of Staphylococcus, including S. aureus, on their skin.

Intriguingly, the opposite was true of a species in the same genus called S. hominis. The symptoms of AD were less severe in those who had more of this species on their skin.

This could mean that S. hominis reduces the risk of AD by preventing the colonization of skin by S. aureus, which could make it a potential probiotic treatment — more on this later.

Other research has found that S. hominis produces toxins that inhibit S. aureus. When researchers applied these bacterial toxins to the skin of people with AD, they observed a significant reduction in the abundance of S. aureus.

In AD lesions, S. aureus colonizes a deep layer of skin called the dermis, which can increase inflammation and cause skin swelling.

S. aureus produces an enzyme that breaks down the connections between skin cells to penetrate the outer skin layers or epidermis. The immune system responds by producing molecular signals called interleukins that provoke inflammation.

Research suggests that in people whose skin barrier is already compromised in some way, for example, as a result of changes in the filaggrin gene, more bacteria can penetrate the skin.

In addition, skin that is less acidic than normal is more vulnerable to S. aureus.

The outermost layer of skin — the stratum corneum — is naturally slightly acidic, which inhibits the growth of S. aureus in healthy skin. However, people with AD tend to have more alkaline skin as it has a higher pH, allowing S. aureus to thrive.

Excessive washing with ordinary soaps can make worsen the condition.

“Anything that increases the skin’s pH will over time disrupt the skin microbiome and the skin barrier,” said dermatologist and author of Beyond Soap, Dr. Sandy Skotnicki, MD.

“[I]ncreasing the skin’s pH with repeated insults can alkalize the skin and disrupt the skin’s ability to act as a barrier,” she told MNT.

Most detergents and soap bars have a high pH, and in some regions, tap water is slightly alkaline.

“So the act of washing and using a non-pH balance soap can compromise the skin microbiome over time,” she explained.

There are also skin care products that promote a diverse microbiome, he told MNT. For example, there is evidence that selenium found in some spring water and the starches in oats support the growth of good bacteria.

Early in life, there may be a window of opportunity to prevent AD from developing in the first place by establishing a diverse skin microbiome.

Vaginal delivery — as opposed to cesarean delivery — and avoidance of antibiotics in the period immediately before and after birth appear to reduce the risk of AD in later life.

In those with AD, antibiotics and antiseptics can temporarily suppress colonies of S. aureus in the skin. But they also kill friendly or “commensal” species and do nothing to establish a more diverse, balanced microbiome.

However, corticosteroid creams, moisturizers, and emollients do help to restore the skin’s protective barrier and normalize the microbiome.

A study in mice, for example, found that moisturizers and products that restore the barrier reduced the ability of S. aureus to reach deeper skin layers.

Research in people with AD has shown that a monoclonal antibody called dupilumab, which blocks the receptor for an immune signal called interleukin-4 (IL-4), increases the microbial diversity of skin and inhibits the growth of S. aureus.

Scientists are also investigating the possible use of commensal skin bacteria as probiotics to suppress harmful species.

In a small clinical trial of such a treatment, a commensal species called Roseomonas mucosa suppressed S. aureus on the skin of individuals with AD and reduced the severity of the condition.

Another preliminary clinical trial tested a lotion containing a strain of S. hominis called ShA9 on 36 participants with AD for 7 days. For comparison, a group of 18 people with AD used a control lotion that did not contain ShA9.

The active treatment reduced S. aureus colonization and inflammation, though there was no significant difference in overall disease severity after this short treatment period.

Importantly, the treatment also appeared safe, so there are plans for two larger clinical trials.

Richard Gallo, MD, Ph.D., a professor of dermatology at the University of California San Diego and senior author of the study, explained to MNT how S. hominis works.

“It kills S. aureus through the production of natural antibiotics known as lantibiotics,” said Prof. Gallo. “It also fights S. aureus by inhibiting [its ability] to produce toxins that promote disease.”

An earlier study by Prof. Gallo and his colleagues found that the skin of people with AD tends to be deficient in bacteria, such as ShA9, that can kill S. aureus.

He listed several benefits of “live bacteriotherapy” to control S. aureus compared with conventional antibiotics, including: