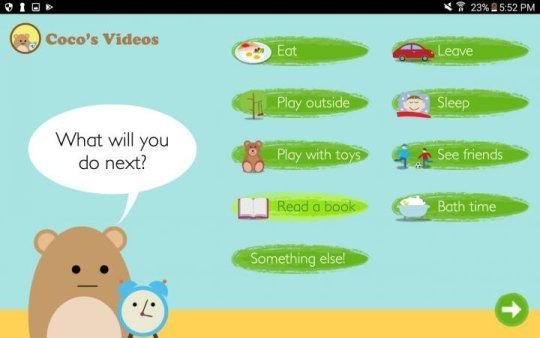 The average preschooler watches more than three hours of TV, film and other video programming each day — just one of many examples illustrating the huge role that entertainment plays in children’s lives.

But parents don’t need to fear their children playing with iPads and other devices, researchers say. Mindful play with an adult, combined with thoughtful design features, can prove beneficial to young developing minds.

“I want to arm families with data to create consumer demand for thoughtful designs,” said Alexis Hiniker, an assistant professor in the University of Washington’s Information School. Hiniker co-authored two papers on children’s interactions with devices that were discussed at CHI 2018, scheduled April 21-26, in Montreal, Canada, an academic conference that focuses on interactions between people and technology.

The research found that app designers have choices, Hiniker said. The designers have the power to hijack kids’ attention or to respect it, to create experiences that enhance daily life or disrupt it. And parents, through their purchasing power, have the ability to spur the industry to create better apps.

In the first paper, “Let’s Play! Digital and Analog Play Patterns between Preschoolers and Parents,” the researchers demonstrated that when parents and children share play with a digital device, both parent and child are less engaged than when they play with a traditional, non-digital toy. That doesn’t necessarily make playing with the device a negative experience, said Hiniker.

But studies on how parents and children engage with both digital devices and traditional toys can help guide app developers and device makers.

The researchers recommended incorporating a role for parents when designing apps for children, such as:

The content also should be presented in a way that allows children to make decisions on their own about whether to continue to play with the digital device or put the iPad down.

That was what the researchers had in mind when they created “Coco’s Videos,” which they presented in their second CHI 2018 paper, “Coco’s Videos: An Empirical Investigation of Video-Player Design Features and Children’s Media Use.”

“We wanted a more rigorous understanding about what our kids experience with these apps,” Hiniker said.

The research team designed the app “Coco’s Videos” to see what pre-schoolers would do when presented with different options about watching online videos. The kids in their study were given iPads containing three different versions of an app that showed the kids a pre-planned playlist of videos from YouTube. One version would lock them out of watching future videos, allowing only one video per session. Another version simply prompted them to play another activity, encouraging the child to put down the player. A third version used auto-play to continue watching new videos. This allowed the researchers to observe how likely the kids were to put down the iPad during play, even when the videos continued uninterrupted.

“We demonstrated experimentally that you can systematically change the design of an app to undermine kids’ autonomy or to foster it,” Hiniker said.

It’s not surprising that the pre-schoolers were overwhelmingly tempted to continue to watch when the video automatically kept serving up a new selection. Just like adults with services like Netflix or YouTube, the children stayed put to watch what was played next. The researchers also found that these auto-play features frustrated parents and gave the child fewer opportunities to decide on their own to put down the device.

“One thing that came up a lot was how frustrating auto-play was,” Hiniker said.

With auto-play, the child continued watching the video despite being prompted by the app to make plans for other kinds of playtime. It’s as if the app developer wanted to attract and hold the child’s attention indefinitely.

“As soon as the next one starts, it’s so much harder to stop,” said co-author Julie A. Kientz, an associate professor of human centered design and engineering at the UW.

As informed consumers, grownups can help improve apps for kids by making thoughtful purchase decisions and supporting apps that both educate and offer breaks. They should demand quality designs.

“You have power as parents to request this,” Kientz said. “Vote with your dollar.”

Co-authors on “Let’s Play,” include Jenny S. Radesky at the University of Michigan and Bongshin Lee of Microsoft.

The research was funded by the UW Royalty Research Fund and Microsoft.