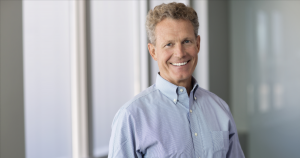 Paul Black, who has been chief executive officer at Allscripts since 2012, announced this week that he would be stepping down, effective Friday.

In a quarterly earnings call Thursday, Black pointed to Allscripts’ focus on its Veradigm’s analytics and intervention portfolio as evidence of the company’s transformation. “It is a natural time for the next generation of leaders to step forward,” he said.

Allscripts president Rick Poulton will step in as the company’s new CEO.

Black began serving as Allscripts’ CEO ten years ago, when Glen Tullman stepped down amid turmoil. Before that, Black had been the chief operating officer at Cerner from 1994 through 2007.

Black said that he will be working with Poulton through the end of the second quarter to ensure a smooth transition.

On the call Poulton explained that Veradigm is now the company’s core operating entity, representing approximately 95% of its consolidated revenue. In the first quarter of 2022, Veradigm revenue was $136 million, up $10 million from the same period last year.

The company’s consolidated revenue had a similar increase to $143 million from $134 million in the first quarter of 2021. In 2022, Poulton said he expected Veradigm’s revenue to grow in a range of 6% to 7% year over year.

Allscripts has seen big changes over the past few years, including the sale of its hospital and large physician-practice assets this March and its precision-medicine platform 2bPrecise in 2021.

In an in-depth interview with Healthcare IT News this past year, Black said technology vendors need to think outside the box to successfully innovate.

“Health IT companies need to look beyond what is typically in use today – look to the consumer market and pull in those technologies to make the electronic health records more holistic in addressing the healthcare industry’s challenges,” he said.

“While obviously a difficult decision, I leave knowing the company is stronger than ever, and in the hands of an accomplished and proven leadership team,” Black said on the quarterly earnings call.