When hiring a PT, there are a few things to look out for. Price is important, as is specialism – you want to find someone that you can afford, who you like and who has qualifications and interests in the area that you’re looking to get stronger in. PT and Stylist contributor, Pennie Varvarides, also argues that going for an openly queer trainer has substantial benefits for women.

To look at me now – an openly gay PT who specialises in inclusive training – you’d never guess that I was once scared to be my true self. Like so many other LGBTQ+ people trying to navigate the fitness world, however, I grew up being told by society and my parents that it was unsafe to live authentically.

Confronting the fear of being judged and the need to self-censor can be difficult but with better representation (which we’re starting to get now), it is possible. By existing loudly, I signal to the clients that I work with that mine is a safe space. I get to be the representation I wish I’d had. 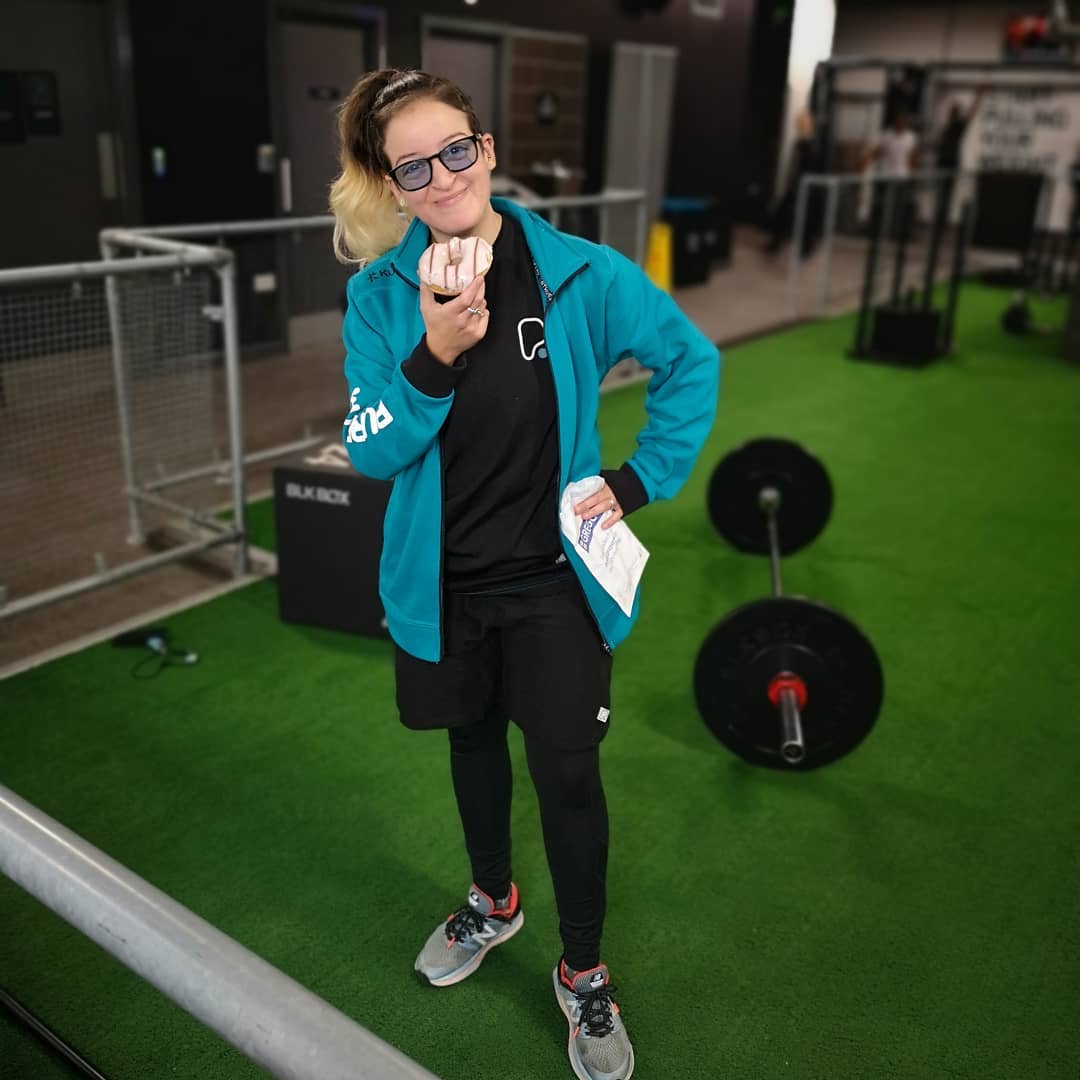 Pennie works as an “inclusive coach” and is open about her sexuality as a way of creating a safe space for her clients.

When I first started working as a personal trainer, a male PT decided that it was his responsibility to point out the cellulite on my thighs and tell me what he thought I should do about it. As you might imagine, it’s this sort of behaviour that puts people off from working out at gyms, and for many, that kind of comment could trigger gender or body dysphoria.

Aside from being downright rude, this guy had a complete lack of understanding of cellulite and human physiology! The fat cells in males are usually contained by a criss-cross collagen structure, rather than the picket-fence-like collagen structure usually found in females. This physical structure is why 90% of women have visible cellulite. It’s just the way the fat under your skin is contained and no amount of cardio will change that.

Not only do you need to work with a trainer who understands basic biology, but for me, it’s important to have access to safe spaces that are genuinely open and free from judgment.

“I think a big thing about a person from the LGBTQ+ community working with a trainer who is also part of that community is a sense of shared experiences,” says Becca Knapp, a queer strength coach from east London. When asked why working with an LGBTQ+ coach might be beneficial, they said: “Gyms can be very intimidating spaces and it adds an extra barrier if you’re feeling excluded by an industry that promotes very heteronormative ideals.”

How women benefit from inclusive training

Women have been warned for years about the “dangers” of lifting weights – namely, that they’ll become “bulky”. What about the women (and non-binary people) who actually want to build muscle or “get bulky”? Because of the way this kind of language alienates women, trainers have been led to give their female clients glute-focused hypertrophy programmes (to build that “hour-glass shape”) when many women may have wanted to build more upper-body strength. It’s obvious that gendered language isn’t just an issue for the minority; it affects everyone.

“As a PT, I’m not going to make any assumptions about what someone may or may not want to achieve,” Knapp says. In my experience, this is an attitude that’s more likely to be found with queer PTs, and it’s an important one. They continue that reframing how we talk about fitness goals “feels like trying to shift what people consider to be definites in life. [We have] to look at gender as a social construct, rather than a definite, un-shiftable fact.” 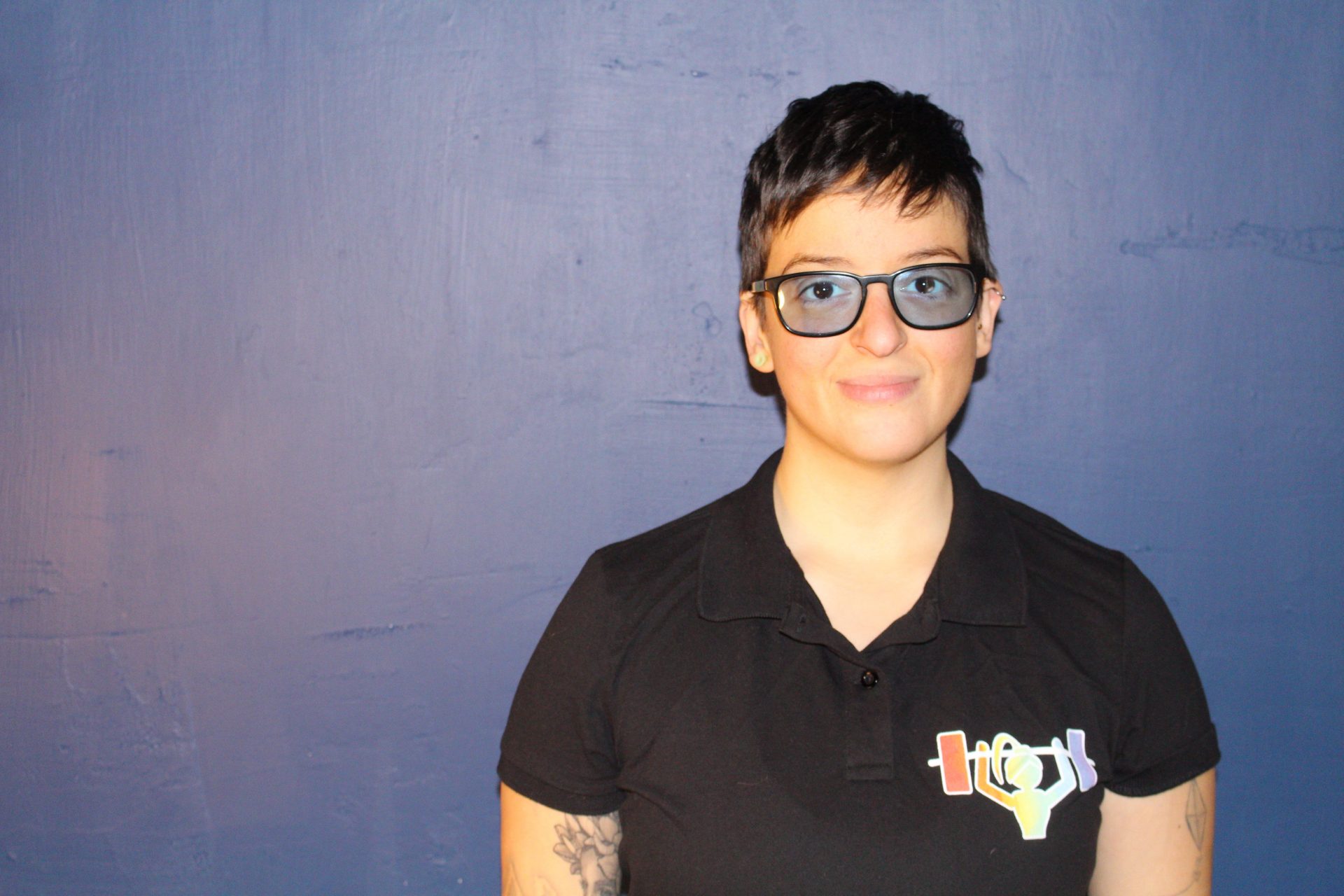 Queer coaches can help to unpick the gendered language that often stops people from reaching their full fitness potential.

That acknowledgment is important for my client Sarah, who’s been working with me for around three years: “It helps me feel more myself. I don’t have to mask/self-censure on certain topics out of fear of what the response could be, which obviously at worst could be homophobic, but also just not having a clue what I’m talking about as it’s outside of their realm of experience.”

A PT’s experience goes beyond qualifications; people want to work with someone who is like them or who’s been on a similar journey. “Honestly,” Sarah continues, “it makes a big difference knowing that I don’t have to cut out a whole section of who I am. It’s nice to know I can [talk about something] if I need to and I’m not hyper-vigilant wondering if you’ll suddenly come out with something homophobic or transphobic… self-censoring sucks, and as someone at the intersection of queer and brown, I already have to do that with race, too.”

If you’re paying someone to help you, you need to feel safe. You need to feel like you can tell them when something doesn’t feel right or if something is happening that is affecting your attention or emotions. Coaching isn’t all about grinding harder and pushing through; sometimes it’s about sitting down and working out a better way of doing something on a given day.

A 2015 study found that lesbians had lower levels of physical activity than straight women of the same age. They’re also twice as likely to be overweight or obese than straight women, according to a 2007 report, published in the American Journal of Public Health. That makes this a health issue. If queer women don’t feel safe or welcomed within fitness spaces, then they’re less likely to be active. And physical activity is one of the biggest markers of health as we age. People who move more have fewer cardiovascular issues, better brain function, better bone density, better coordination. Their vital organs work better, they’re less likely to fall over, they’re less likely to break a bone if they do fall over.

Queer people deserve the chance to be healthy and strong. This issue compounds when you add extra layers of minority experiences. Many ethnic minorities are also less likely to be as physically active as their white counterparts. Many fitness spaces are so ableist that disabled members can’t even get in, let alone feel safe enough to train. Over 90% of women have been sexually assaulted or harassed, so male-dominated spaces can be scary. This is why intersectionality is so important.

Inclusive fitness: how to get involved

Inclusive coaching is all about being welcoming to all genders, sexualities, races, dis/abilities and neurodivergencies. For Stacy, a client who’s worked with me on and off for several years, “it was definitely a bonus working with a trainer who was on the same wavelength,” as she was “absolutely reluctant to hire a male trainer.” For her, hiring a trainer who had an understanding of being queer meant that being more closely aligned to what she wanted to get out of each session.

The fitness industry, which has traditionally focussed on a white, able-bodied, cis-het beauty standard, is slowly changing and I’m proud to be part of that change. There are queer personal trainers working with people in a genuinely inclusive way across the country.

I, for one, would have had a very different relationship with exercise growing up and in my early 20s if I was able to find other queer women in fitness spaces. I didn’t actually come across another gay PT until I was a PT myself! Fortunately, social media has made it much easier to find people: all you have to do is hop onto Instagram or TikTok and search for tags like: #lgbtfitness, #gayfittok or #queerfitness to uncover some of the queer coaches working to create strong humans in inclusive ways.

Becca Knapp is a strength coach based at Field Works Gym in London Fields. I used to work with Becca at Puregym a few years ago. They are an excellent coach who works with a lot of people within the LGBTQ+ community. You can hear Becca talk about creating an inclusive gym environment on my podcast.

Emma Storey-Gordon is an online PT and educator who was my mentor last year. She’s an incredibly smart human and works with clients online – great for anyone who isn’t based in London or who prefers to do their workouts at home/outdoors rather than at a gym.

Omar is an Italian personal trainer based in London. Always bringing the fun to training sessions, Omar works with people living with health issues alongside their GPs to help lessen their pain and increase their fitness. It’s hard to not smile when you’re with Omar – the man is pure joy!

Dibs Barisic Sprem is an Aussie coach who’s based in Canada – but also does online coaching. They work to create a welcoming space for everyone, without the toxic masculinity that can often dominate fitness spaces. You can hear Dibs speak about gender dysmorphia on my podcast.

And, of course, there’s me! I work with clients – online and in-person from the PureGym in Finsbury Park – who want to be strong and move well. I focus on strength training and mobility, helping my clients do all the real-life things they need their bodies to be able to do. When I’m not coaching, I’m uploading training tit-bits on my Instagram and TikTok.