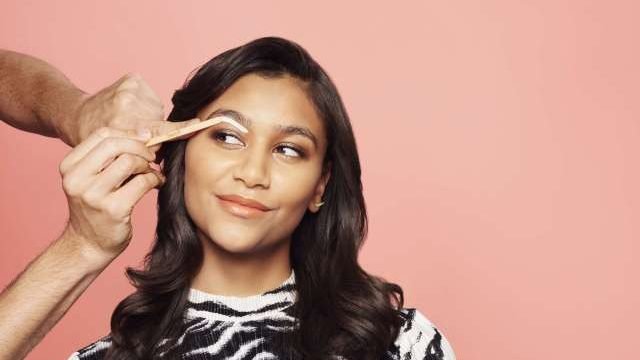 "We were going to do this regardless of whether MAC did it or not," said Alfred Stillman, general manager of Benefit Americas, noting that Benefit and MAC approached Planned Parenthood independently of one another. "We felt we would be stronger together. We’re thrilled that MAC did the same thing we did at the same time."
According to Benefit, women make up 92 percent of the company's U.S. workforce. Additionally, 60 percent of vice president roles at Benefit's global headquarters are held by women.
MAC has been funding Planned Parenthood since 2008, according to John Demsey, chairman of the MAC AIDS Fund and executive group president of the Estée Lauder Companies. Over the past 11 years, MAC has donated a total of $1.6 million to Planned Parenthood. The company is now pledging 100 percent of proceeds from its Viva Glam lipsticks to its Viva Glam efforts and $500,000 of the donations to Planned Parenthood over two years. That money will be used to educate young people on sexual health and relationships and to expand Planned Parenthood's chat/text program and Roo, the organization's sexual health chatbot.
"We believe strongly at the core equity of our brand that we have a social responsibility and a belief in social justice that we need to and want to support organizations that help people make the right decisions and live their best lives," said Demsey. "Through public and private business and government partnerships, that’s how you make an impact on the world. That’s why we’re here."
Benefit and MAC are Planned Parenthood's first official beauty partners, though the nonprofit previously dabbled in fashion partnerships. In 2017, the Council of Fashion Designers of America created a pink pin for its members and supporters to use throughout New York Fashion Week to raise awareness — and funds — for Planned Parenthood's efforts. According to Dr. Leana Wen, who joined Planned Parenthood as president in November, the organization is keen to partner with more fashion and beauty brands.
"We know that the American people strongly stand with Planned Parenthood, that consumers proudly stand with Planned Parenthood, many companies and corporations have already stood up to stand proudly with Planned Parenthood and our core values are bodily autonomy, empowerment and health care as a right," said Wen. "We will be expanding these partnerships because we know this is what the American people are demanding of the brands that they’re supporting."
Reproductive rights are a hotly contested topic under the Trump administration; Benefit and MAC's respective partnerships with Planned Parenthood therefore carry political implications. Asked whether politics caused any hesitation in carrying out the partnership, Stillman said they did not.
"There is a committee that votes on whether we do a partnership or not. The vote on Planned Parenthood was unanimous," he said. "In this social day and age, you have to anticipate some backlash about almost anything. I hope we don’t get it because we are doing it for a very good reason, but if we do, we are prepared. We’re not trying to add to the controversy, but we are trying to support the people that we think do the right thing."
According to Nancy Mahon, global executive director of the MAC AIDS Fund and senior vice president of global corporate citizenship and sustainability at the Estée Lauder Companies, MAC did not hesitate to partner with Planned Parenthood, either. "We’re very invested as a brand in ensuring that women and girls are educated, have sexual reproductive health, so in that way it’s not very political," she said. "We feel like it’s just the right thing to do."
Maggie Ford Danielson and Annie Ford Danielson, Benefit's chief beauty ambassadors and daughters of the late Benefit cofounder Jean Ann Ford, shared that the brand has taken a more socially leaning social media strategy in recent months — one that has earned the company a higher reach and increased engagement among its 9 million followers.
"Whenever we do these socially leaning , our reach increases by between 200 and 700 percent," said Maggie Ford Danielson. "Benefit has always been considered more than just a makeup company. So many people think of us as a lifestyle brand. We have a heart and soul to our company that is unparalleled with others. We’ve been very happy to see that our community is supportive and aligned with what we’re saying. We’re absolutely not doing this to be on trend; we’re doing it to stay true to who we are and what we’ve always been."
More from WWD.com:
Beauty Influencer Nikita Dragun Lays an Egg
Estée Lauder Revives Original Logo for Kith Collaboration
Source: Read Full Article