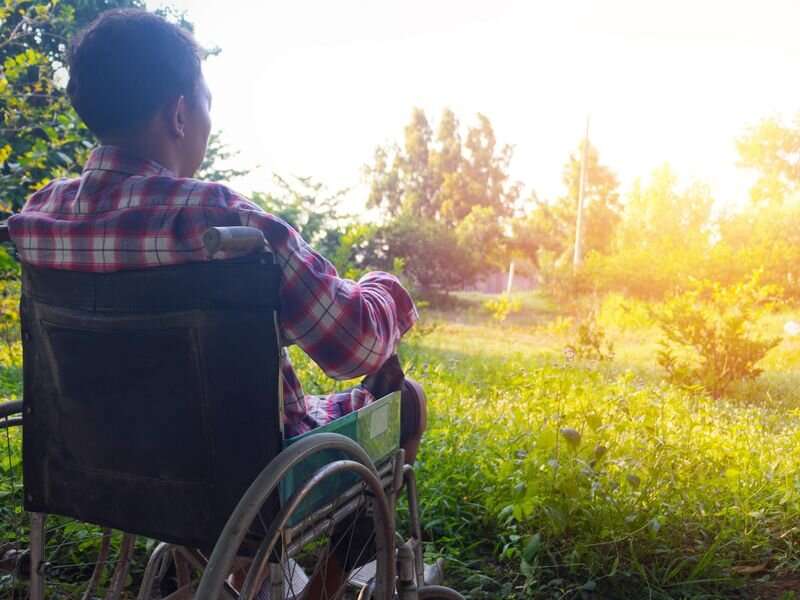 For people with multiple sclerosis, certain factors early in their disease may determine their quality of life in the years to come, a new study suggests.

In medicine, there are ways to objectively measure a disease’s course, such as whether a medication is keeping it under control. And then there’s health-related quality of life—the way people with a medical condition feel about their day-to-day physical and mental functioning.

Many studies have asked people with multiple sclerosis (MS) about their quality of life. But few have followed them over time, tracking how things change over the years.

The new study—published online Aug. 10 in Neurology—did look at that long-term trajectory and whether any factors early on could predict a worse course.

It turned out there were a few: People who were relatively older when they were diagnosed with MS and those with more fatigue or physical impairments tended to have a poorer outlook in terms of physical well-being.

Meanwhile, people with a relatively lower income or no college education tended to fare worse on measures of mental well-being.

That’s important, she said, because if doctors know certain patients have risk factors for poorer quality of life down the road, they can try to intervene.

MS is a neurological disorder caused by a misguided immune system attack on the body’s own myelin—the protective sheath around nerve fibers in the spine and brain. Depending on where the damage occurs, symptoms include vision problems, muscle weakness, numbness and difficulty with balance and coordination.

Most people with MS have the relapsing-remitting form, in which symptoms flare for a time, then recede. Over time, the disease becomes more steadily progressive.

The latest study involved 4,888 U.S. adults with MS who completed questionnaires on quality of life at least three times over 27 years.

Looking at long-term trajectories, the study found people fell into different groups: A little over half consistently had low or “moderately” low quality of life, but many others saw changes. When it came to mental well-being, almost half of patients either consistently reported “normal” quality of life or showed positive change.

As for physical well-being, age at diagnosis was important. MS often arises in young adulthood, and in this study, people with poorer physical quality of life tended to be diagnosed relatively later—at age 46, on average.

On the flip side, she noted, older age at diagnosis was tied to better mental well-being.

“This is just speculation,” O’Mahony said, “but greater life experience may help people deal with the diagnosis.”

A neurologist who reviewed the findings called the study “well done.”

It offers valuable information in finding certain factors that may predispose some people with MS to a worse course, said Dr. Barbara Giesser, of the Pacific Neuroscience Institute in Santa Monica, Calif.

The good news is that there are ways to help, according to Giesser, who is also a fellow of the American Academy of Neurology.

“For anyone with MS, we want to get them on disease-modifying drugs,” Giesser said, referring to the array of medications that can reduce MS flare-ups and slow disease progression.

But beyond that, there are ways to treat issues like fatigue, functional impairments and depression, Giesser said. That may mean a referral to other providers, like a rehabilitation specialist or mental health professional.

O’Mahony’s team also found that social factors were key to mental well-being: People with incomes under $50,000 per year and those without a college education were at increased risk of difficulties.

That could reflect many things, according to O’Mahony, including the stress of affording medication while trying to pay the rent and put food on the table.

That underscores the importance of addressing the “social determinants” of MS patients’ well-being, said Julie Fiol, associate vice president of health care access at the National MS Society. The U.S. Department of Health and Human Services defines social determinants of health as conditions in the environments where people are born, live, learn, work, play and worship.

Mental health itself needs attention, Fiol said, be it formal therapy or connecting with a support group. But, she added, that alone is not enough if people cannot afford to pay the bills.