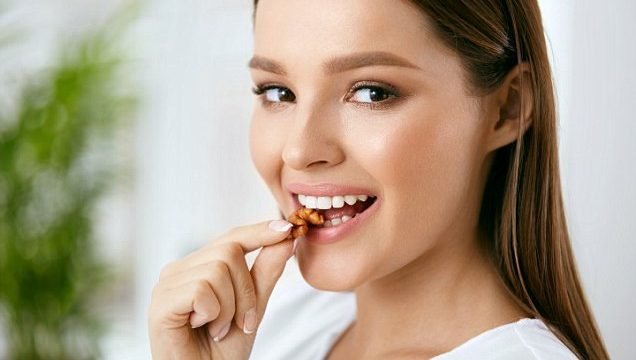 Eating 3 tablespoons of walnuts a day makes you HALF as likely to develop type 2 diabetes, says new research

Eating just a handful of walnuts each day could make you almost half as likely to develop type 2 diabetes, according to new research.

The research involving more than 34,000 American adults shows that eating any walnuts each day will make you less likely to get the disease.

But, whereas the average intake was 1.5 tablespoons a day, doubling that to three tablespoons was associated with a 47 per cent lower prevalence of type 2 diabetes.

Dr Lenore Arab, an author of the study, said: ‘The strong connection we see in this study between walnut consumers and lower prevalence of type 2 diabetes is additional justification for including walnuts in the diet.

‘Other research has shown that walnuts may also be beneficial for cognitive function and heart health.’ 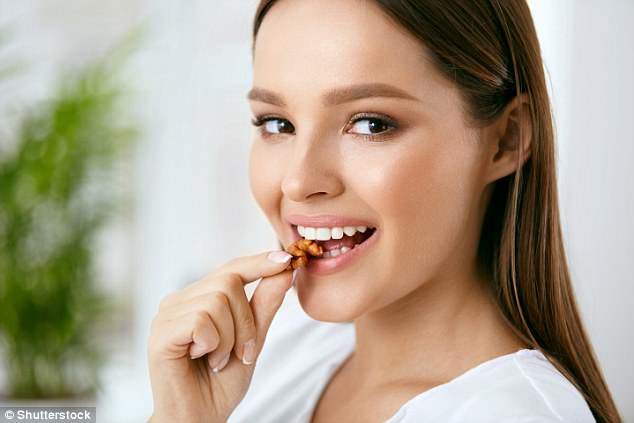 What the researchers did

Researchers at the David Geffen School of Medicine at The University of California, Los Angeles looked at figures from the National Health and Nutrition Examination Survey (NHANES), which draws from a large sampling of the US population.

For the study, 34,121 adults ages 18 to 85 were asked about their dietary intake, as well as if they had been diagnosed with diabetes or if they were taking medications for diabetes.

What is type 2 diabetes?

Type 2 diabetes is a condition which causes a person’s blood sugar to get too high.

Over 4 million people in the UK are thought to have some form of diabetes.

Type 2 diabetes is associated with being overweight and you may be more likely to get it if it’s in the family.

The condition means the body does not react properly to insulin – the hormone which controls absorption of sugar into the blood – and cannot properly regulate sugar glucose levels in the blood.

Excess fat in the liver increases the risk of developing type 2 diabetes as the buildup makes it harder to control glucose levels, and also makes the body more resistant to insulin.

Weight loss is the key to reducing liver fat and getting symptoms under control.

It can lead to more serious problems with nerves, vision and the heart.

Those who reported eating walnuts showed a lower risk for type 2 diabetes compared to those who did not consume any nuts regardless of age, gender, race, education, BMI, and amount of physical activity.

People with diabetes often have elevated blood pressure, cholesterol, or triglycerides, which can increase the risk for heart disease and stroke.

Why are walnuts healthy?

Previous studies have examined the association between walnut consumption and cardiovascular health as well as diabetes.

The researchers said that the health benefits of walnuts may be down to the fact they are a rich source of recommended polyunsaturated fat (13 grams per ounce), which includes the plant-based omega-3 fatty acid alpha-linolenic acid (2.5 grams per ounce).

The study, published in the journal Diabetes Metabolism Research and Reviews, was funded by the California Walnut Commission (CWC).

Eating a handful of walnuts a day may also help to prevent heart disease and bowel cancer, research published in May suggests.

Eating just a third of a cup of walnuts for six weeks significantly reduces the production of excess bile acids, as well as lowering ‘bad’ cholesterol levels, the study found.

Previous research has linked such bile acids to bowel cancer, while lower cholesterol levels are associated with a reduced risk of heart disease. 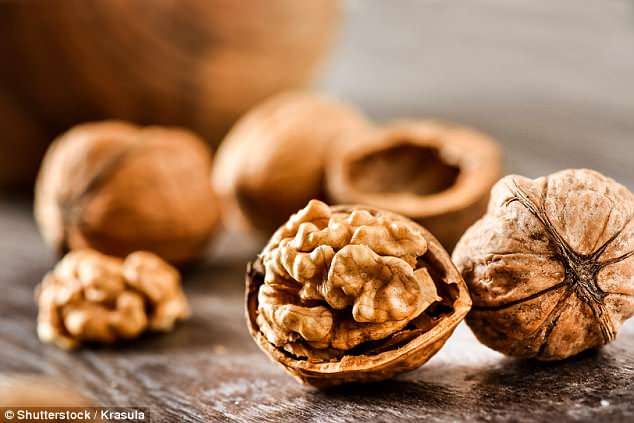 The scientists also found that despite walnuts being relatively high in calories, with around 28 per nut, only 80 percent of them are absorbed, with gut bacteria using up the remaining 20 percent.

Bowel cancer affects around 97,000 new people every year in the US. Heart disease is the leading cause of death, causing one in four fatalities.