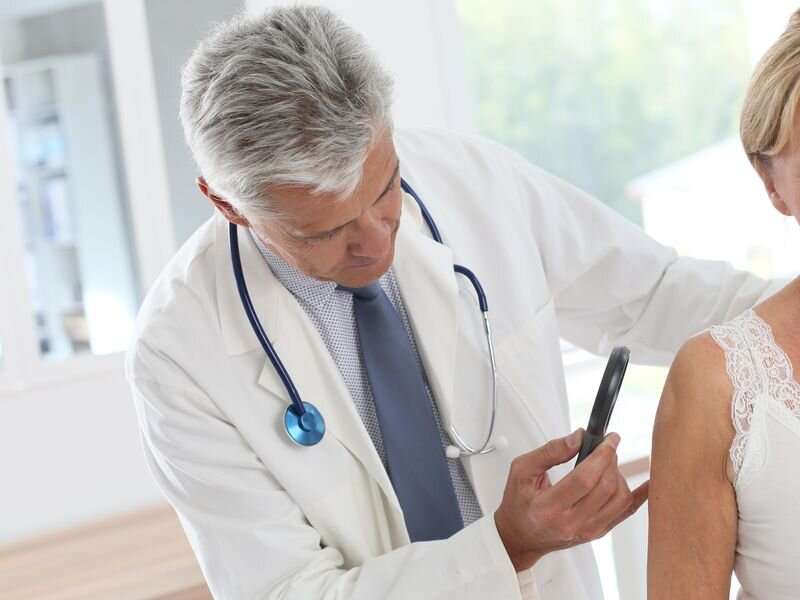 The U.S. Preventive Services Task Force (USPSTF) concludes that the evidence is currently insufficient for assessing the balance of benefits and harms of screening asymptomatic adolescents and adults for skin cancer. These findings form the basis of a draft recommendation statement published online Oct. 25 by the USPSTF.

Nora B. Henrikson, Ph.D., M.P.H., from the Kaiser Permanente Evidence-based Practice Center in Portland, Oregon, and colleagues conducted a systematic review to update the 2016 USPSTF recommendation on screening for skin cancer by reviewing the benefits and harms of routine screening in asymptomatic screening populations aged 15 years and older.

Seventeen studies were newly identified for this update. The researchers found that based on direct evidence, there was no mortality benefit to routine skin cancer screening. Minimal evidence was found on the persistent psychosocial or cosmetic harms of screening. Indirect evidence indicated that routine clinician skin examination was not associated with increased detection of keratinocyte carcinoma, melanoma, or skin cancer precursor lesions compared with usual care or lesion-directed examinations.

Furthermore, there was no association observed between routine skin examination and stage at detection for invasive melanoma.

Based on these findings, the USPSTF concludes there is currently insufficient evidence to assess the balance of benefits and harms of visual skin examination to screen adolescents and adults for skin cancer (I statement).