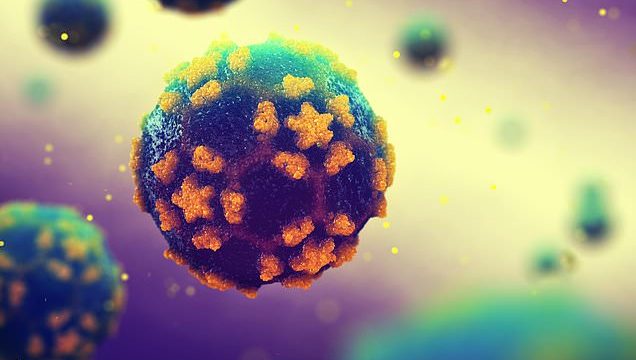 America’s first polio patient in nearly a decade was infected with the same strain of the virus as was spotted in Jerusalem and London earlier this year, researchers say.

Testing revealed the Jewish man in his 20s and from Rockland County, New York — who was paralyzed by the disease — caught type 2 vaccine-derived polio virus (VDPV), like that detected in wastewater in the other nations.

It suggests there may be ‘multiple’ transmission chains of the virus circulating globally, polio expert Dr Adam Ratner told DailyMail.com.

Today New York City’s Department of Health confirmed the virus had been detected in wastewater samples taken in Rockland County in early June.

Health officials said this was a warning sign for anyone who has not got vaccinated against polio, once the most feared disease in America, to do so. Polio is more dangerous in children. 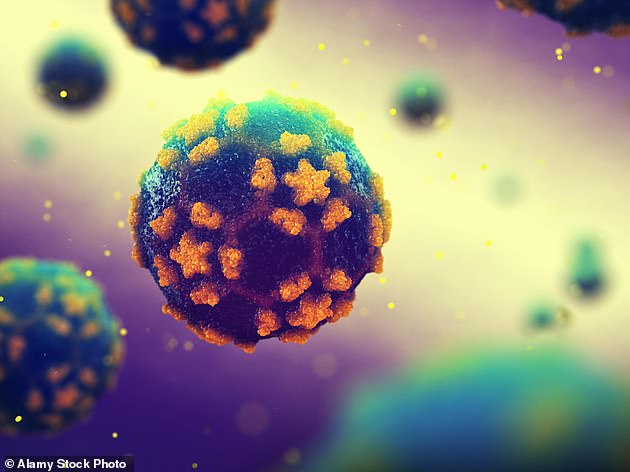 Testing at labs run by the Global Polio Eradication Initiative (GPEI) revealed that the New York patient had caught the same strain identified this year.

Some countries — but not the U.S. — still use an oral poliovirus vaccine. This uses a live form of the virus which, in rare cases, can be passed on to others when recipients excrete it. Over several infections it may then mutate to become like the more dangerous ancestral strains.

GPEI officials said more analysis was underway to determine where else in the world the virus may have spread to.

They said: ‘It is vital that all countries, particularly those with a high volume of travel and contact with polio-affected countries and areas, strengthen surveillance in order to rapidly detect any new virus importation and to facilitate a rapid response.’

The American polio patient revealed last month is a young Jewish man who had not got the three-dose polio vaccine, reports suggest.

He has since been discharged from hospital to a house he shares with his wife and parents. But paralysis from the infection has left him struggling to walk again.

It was not clear how he caught the virus but the man has not recently traveled abroad, suggesting he likely picked it up from another un-vaccinated individual.

Ratner, who is also the director of pediatric infectious diseases at NYU Langone’s Hassenfel Children’s Hospital, warned that based on the detections abroad: ‘It is possible that each of those was one chain where [infection] happened. But it is also possible that there are multiple independent vaccine-derived polios around.

‘Although, in the U.S. this is unlikely because we don’t use the oral polio vaccine.’

Neither London or Jerusalem have confirmed a polio patient being admitted to their hospitals so far. The U.S. is yet to detect a second case.

But all three say they have detected the type 2 VDPV in their wastewater within the last few months, suggesting it is spreading in the community.

In Rockland county, the virus was detected in early June — before the first case was reported.

But Ratner said this was ‘not surprising’ because it can take weeks for someone with the virus to start suffering symptoms.

He added: ‘I think it suggest many more people may have been exposed to polio.

‘There may be some number who were unvaccinated who came into contact with it but didn’t go on to develop paralytric polio.’

Polio is a viral infection which in serious cases can spread to the spinal cord, triggering paralysis. About one in ten people who suffer this die from the disease.

Most who catch polio do not display any symptoms of the virus, but one in four will go on to develop flu-like symptoms including a sore throat, fever and stomach pain.

One in 25 will see their spinal cord infected, leading to paralysis.

Vaccination is the most effective way of avoiding the disease, as there are no effective treatments for people who catch it.

Children are routinely offered a three-dose vaccination course in the United States, with the first jab given at two months and the last by the age of 18 months.

They are also administered a booster shot between four to six years old, which is more than 99 percent effective at preventing infection.

In recent years and amid Covid disruption, the U.S. has fallen behind in vaccinating against the disease.

CDC data showed about 92.6 percent of Americans are fully-vaccinated against the virus by their second birthday, which is below the WHO recommended level of 95 percent to prevent an outbreak.

Polio has been eradicated in almost every country in the world thanks to the vaccination drive. But it still spreads under the radar in Afghanistan and Pakistan.

Polio: Once the most feared disease in America that has now become a rarity

Polio is a serious viral infection that used to be common all over the world.

The virus lives in the throat and intestines for up to six weeks, with patients most infectious from seven to 10 days before and after the onset of symptoms.

But it can spread to the spinal cord causing muscle weakness and paralysis.

The virus is more common in infants and young children and occurs under conditions of poor hygiene.

How deadly is it?

Most people show no signs of infection at all but about one in 20 people have minor symptoms such as fever, muscle weakness, headache, nausea and vomiting.

Around one in 50 patients develop severe muscle pain and stiffness in the neck and back.

Less than one per cent of polio cases result in paralysis and one in 10 of those result in death.

Of those who develop symptoms, these tend to appear three-to-21 days after infection and include:

How does it spread?

People can catch polio via droplets in the air when someone coughs or sneezes, or if they come into contacted with the feces of an infected person.

Are there different strains?

There are three strains of ‘wild’ polio, which has been largely eradicated throughout Europe, the Americas, Southeast Asia and the Western Pacific.

Types 2 and 3 were eliminated thanks to a global mass vaccine campaign, with the last cases detected in 1999 and 2012 respectively.

Wild polio has been eliminated in almost every country in the world thanks to vaccines.

But the global rollout has spawned new types of strains known as vaccine-derived polioviruses.

These are strains that were initially used in live vaccines but spilled out into the community and evolved to behave more like the wild version.

Is polio still around in the U.S.?

The last case of person-to-person transmission in the U.S. was in 1979, which was also marked the last wild polio case.

But there have been several dozen cases of vaccine-derived polioviruses since, although they have been one-offs, with no onward transmission.

Am I vaccinated against polio?

Americans have been offered the inactivated polio vaccine (IPV) since 2000.

It is given as four doses, with the first jab at two months old. It is also administered at four, six to 18 months, and four to six years old.

Uptake has fallen slightly but remains above 90 per cent nationally.

There are concerns vaccine hesitancy has risen during the Covid crisis due to misinformation spread about jabs for that virus and school closures.