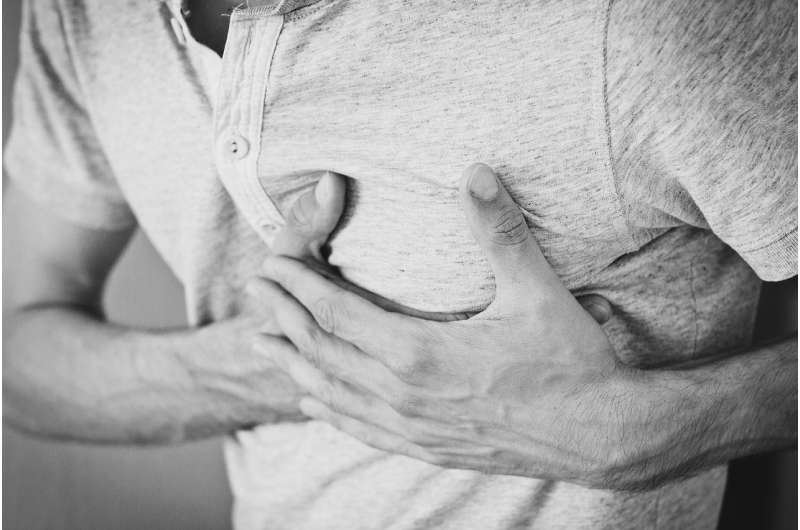 For people with coronary heart disease, beta blockers can improve survival and quality of life, while aspirin and other anti-platelet medications can reduce the risk of a heart attack.

But those protections could backfire during hot-weather events, a time when heart attacks are more likely. A new study has found that among people suffering non-fatal heart attacks associated with hot weather, an outsize portion are taking these heart drugs.

“Patients taking these two medications have higher risk,” said Kai Chen, an assistant professor in the Department of Epidemiology (Environmental Health) at the Yale School of Public Health and first author of the study. “During heat waves, they should really take precautions.”

Those precautions include cooling strategies like using air conditioning or visiting a public cooling center.

External environmental factors like air pollution and cold weather can trigger heart attacks. Growing evidence suggests hot weather can do so, too. But epidemiologists are still working to identify which groups of people are most vulnerable to these environmental extremes.

Using a registry, the authors looked at 2,494 cases in which individuals experienced non-fatal heart attacks in Augsburg, Germany during the hot-weather months (May through September) between 2001 and 2014.

In previous research, they had shown that exposure to either heat or cold made heart attacks more likely, and they calculated that heat-related heart attack rates would rise once the planet has warmed by 2 to 3 degrees Celsius.

The current study built on that research by examining patients’ medication use prior to their heart attack.

They analyzed the data in a way that let patients serve as their own controls, by comparing heat exposure on the day of the heart attack versus the same days of the week within the same month. That is, if a person had a heart attack on the third Thursday in June, the authors compared their temperature exposure that day to their temperature exposure on other “control” Thursdays in June.

It turned out that users of beta blockers or anti-platelet medications were likelier to have heart attacks during the hottest days compared to control days. Anti-platelet medication use was associated with a 63% increase in risk and beta blockers with a 65% increase. People taking both drugs had a 75% higher risk. Non-users of those medications were not more likely to have a heart attack on hot days.

Still, one clue does suggest the medications could be to blame.

When researchers compared younger patients (25 to 59 years) to older ones (60 to 74 years), they found, as expected, that the younger ones were a healthier group, with lower rates of coronary heart disease. Yet younger patients taking beta blockers and anti-platelet medications were more susceptible to heat-related heart attack than older patients, despite the older ones having more heart disease.

Another clue that these two medication types may render people more vulnerable: For the most part, other heart medications didn’t show a connection to heat-related heart attacks. (An exception was statins. When taken by younger people, statins were associated with an over threefold risk of a heart attack on hot days.)

“We hypothesize that some of the medications may make it hard to regulate body temperature,” Chen said. He plans to try to untangle these relationships in future studies.