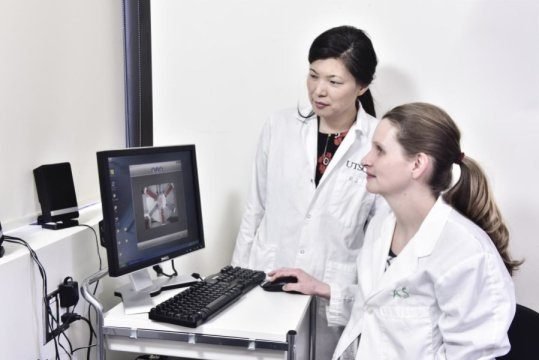 The hippocampus is an area of the brain commonly linked with memory and dementia.

But new U of T Scarborough research finds that it may also yield important clues about a range of mental health illnesses including addiction, anxiety and depression.

The research, authored by a team of neuroscientists, found that a specific part of the hippocampus could play an important role in emotional regulation, a finding that calls into question our understanding of how exactly this part of the brain works.

“What this shows is that we may need to rethink how the hippocampus processes information,” says Rutsuko Ito, an associate professor in the Department of Psychology.

The hippocampus is a seahorse-shaped structure located deep inside the brain. As part of the limbic system, it plays an important role in memory processing and spatial cognition, including how mammals learn to understand and navigate their environment.

Researchers have long looked at the hippocampus for its role in memory and dementia, especially in relation to Alzheimer’s disease. In Alzheimer’s patients for instance, this region is one of the first areas of the brain to suffer damage.

But there’s been a few studies that suggest the anterior hippocampus, a sub-region located at the front, could play a role in emotional regulation, including anxiety.

Approach-avoidance conflict is a model used in psychology to test how animals deal with regulating fear and anxiety. It basically offers a situation that involves a decision about whether to pursue or avoid something that could have both positive and negative aspects to it.

“One good example is imagine going to a restaurant you love, but the moment you walk in you see someone you can’t stand — do you go in, or avoid going in?” says Associate Professor Andy Lee, who collaborated on the research.

Ito says this finding is important because the conventional thinking is that these areas, along with another part called the dentate gyrus, form a circuit through which information flow occurs in one direction. Information processed by the dentate gyrus gets passed along to the CA3, and then on to CA1. In other words, the CA1 and CA3 should carry out the same function because they’re both part of the same information processing circuit.

“But that’s not the case, the CA1 and CA3 in the ventral hippocampus seem to do very opposite things in relation to conflict processing,” says Ito.

“It’s this strange bi-directional or oppositional effect, and that goes against traditional thinking of how information processing takes place in this part of the brain,” she says.

Because of its possible role in basic motivational behaviour, it may also offer important insights into a range of mental health illnesses. Addiction, for example, could be linked to deficits of approach motivation. Anxiety and depression on the other hand could be linked to avoidance behaviours, all of which could manifest itself in this part of the brain.

The research, which was published in the journal Current Biology, received funding from the Natural Sciences and Engineering Research Council of Canada, and the Canada Institutes for Health Research.

Ito says the next step is to explore which connections to the CA1, CA3, or other parts of the brain could be responsible for this effect.

Meanwhile, Lee is investigating the role sub-regions of the hippocampus play in conflict processing in humans.

“Some patients have lesions to certain areas of this part of the brain, so hopefully we can assess them to see what particular aspects of approach avoidance behaviour may or may not be impacted,” he adds.