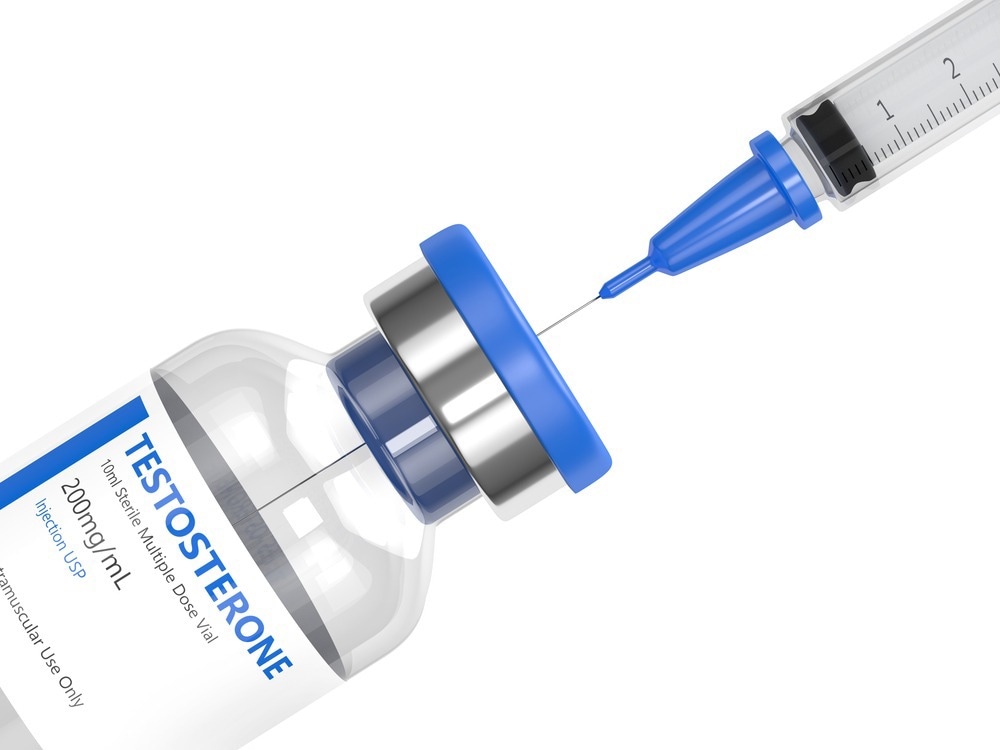 Sex steroids, which are steroidal hormones involved in male and female sexual and reproductive functioning in humans and other animal species, include testosterone, estrogen, and progesterone.

Testosterone production is regulated by the brain, specifically the hypothalamus and pituitary gland. The local site of production is testicular Leydig cells in men, whereas this hormone is primarily produced by the ovaries, placenta, and adrenal cortex in women.

In several mammalian species, testosterone is mainly responsible for the differentiation of sexual organs and their proper functioning, including libido and mating ability. In humans, chemical or physical castration has been shown to reduce testicular function, thus impairing sex drive and reducing sexual activity. Restoration of the sexual drive in these cases has been achieved with exogenous androgen administration.

Impulsive decisions and sexual compulsivity have also been associated with higher serum testosterone levels and testosterone supplementation. These neuroendocrinological associations indicate the truth of the Challenge Hypothesis, which states that “individual testosterone levels fluctuate in response to challenging cues in the environment, and these challenge-induced fluctuations in testosterone, in turn, modulate human social behavior, such as mating, aggression, and risk taking.”

In animals, short bursts of testosterone release cause changes in mating behavior, thus impacting reproductive fitness by mating or reward processing in the brain. Similar phenomena are thought to occur in humans. In addition, this type of relationship mediates changes in sexual behavior and desire through altered testosterone levels in response to a given situation.

The current study aimed to explore how testosterone levels affect sexual impulsivity, which is sensitive to sexual rewards. To this end, a sexual delay discounting task (SDDT) led participants to choose whether to watch a sex picture after one second for a shorter duration of one second (“smaller-sooner”) or watch the image for a more extended period of three seconds after waiting three to 15 seconds (“larger-later”).

Impulsive individuals typically choose the first scenario, a behavior known as steeper discounting. The study participants were all men due to the high prevalence of sexual compulsion and crime in this population compared to women.

Despite both groups being identical in baseline trait impulsivity and their motivation to view the offered picture, participants who received testosterone exhibited increased sexual impulsivity.

Discounting rates were higher in the testosterone group, thus indicating increased sexual impulsivity. The men chose to study the image for a briefer period if they could see it after a shorter delay. This was confirmed using computational modeling.

The study findings corroborate previous reports on the role of testosterone in sexual compulsivity. Moreover, the current study demonstrates the association between a single dose of testosterone and increased impulsivity for the sake of sexual gratification.

The study findings extended previous reports by showing that in human males, as in animals of some species, higher testosterone levels were linked to increased copulatory behavior or reward processing, both of which led to increased sexual behavior. However, further research is needed to determine whether the same response occurs when non-sexual rewards are offered.

Our study [shows] that the administration of a single dose of testosterone increased preference for immediate sexual rewards as compared to long-term ones in a sample of young heterosexual men.”

The study findings also support earlier literature showing an association between testosterone and risk-taking behavior, as testosterone supplementation led to an increased preference for quick rewards in contrast to larger rewards on waiting. The brain appears to process sexual and monetary rewards through common circuitry. Thus, sexually-induced appetitive motivation could trigger impatience in multiple areas, which reflects in delay discounting.

Further research is needed to explore the neural pathways underlying increased sexual impulsivity. However, this early experimental demonstration of the change in sexual reward sensitivity following an acute change in testosterone administration provides a more thorough understanding of the neuroendocrine mechanisms responsible for sexual motivation and behavior in humans.

Dr. Liji Thomas is an OB-GYN, who graduated from the Government Medical College, University of Calicut, Kerala, in 2001. Liji practiced as a full-time consultant in obstetrics/gynecology in a private hospital for a few years following her graduation. She has counseled hundreds of patients facing issues from pregnancy-related problems and infertility, and has been in charge of over 2,000 deliveries, striving always to achieve a normal delivery rather than operative.