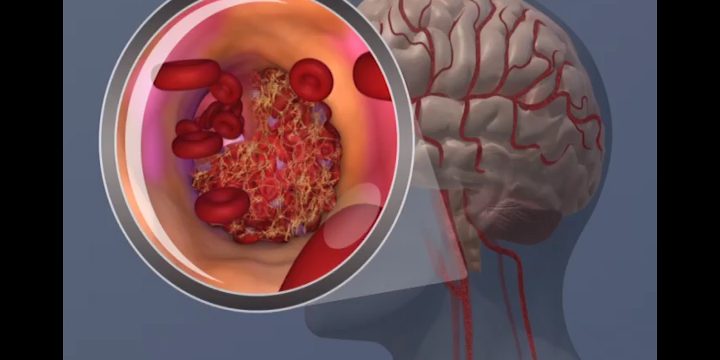 Direct oral anti-coagulant (anti-clotting) (DOAC) medications that target a single clotting factor work just as well to prevent future clots as the older, less-specific medication warfarin. DOACs are also less likely to result in major bleeding after a rare, life threatening stroke involving a clot blocking one of the veins that drains blood from the brain, according to preliminary late-breaking science presented today at the American Stroke Association’s International Stroke Conference 2022.

A cerebral venous thrombosis (CVT) stroke is rare, yet potentially life-threatening and is more common than other types of strokes among younger adults and women.

Newer and more specific anti-clotting medications, called DOACs, have previously been compared to warfarin for treating several other conditions, including atrial fibrillation (a common arrhythmia that is a major risk factor for clot-caused strokes), and leg and lung clots. DOACs have been found to work just as well at preventing recurrent clots with a lower chance of the serious adverse effect of brain bleeding. After a small, randomized trial suggested that one DOAC called dabigatran may be as effective as warfarin after a CVT, the researchers conducted a multi-center review comparing six years of real-world experience using warfarin or any of the DOACs for patients with CVT.

The researchers examined the medical records for 1,025 people treated for CVT between 2015 and 2020 at one of 27 centers in the United States, Europe and New Zealand. For the analysis, patients were excluded if they had cancer, an antiphospholipid antibody syndrome (an acquired condition that raises clotting risk) or were not prescribed oral anticoagulants.

Imaging of the areas involved in the CVT were compared between the two treatment types for 525 participants, which excluded those who had their blood clots surgically treated, those who had no follow-up imaging after starting on oral anticoagulant and those who already had adequate blood flow through their veins prior to starting on oral anticoagulants. The analysis found that among the participants prescribed DOACs:

Results were adjusted for age, sex and relevant medical conditions.

“These findings using real-world data suggest that direct oral anticoagulants are equally as effective as warfarin in reducing the chance of recurrent blood clots and increasing the chance of recanalization (dissolving of the clot either completely or partially leading to opening of the vein), and they have a lower risk of major bleeding,” said Yaghi, who is also co-director of the comprehensive stroke center at Rhode Island Hospital in Providence. “For treating CVT patients, both DOACS and warfarin are reasonable options, particularly since even with warfarin, the risk of bleeding is rather low.”