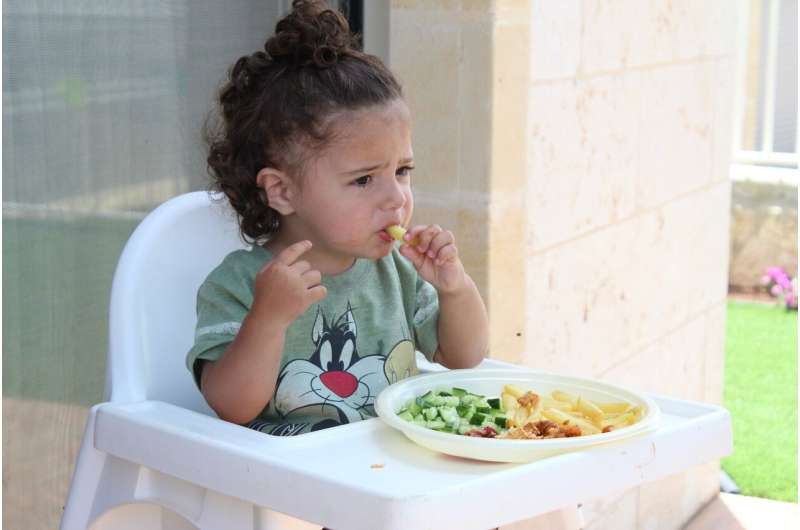 It is estimated that around 1.25 million people in the UK alone suffer from an eating disorder, with onset most commonly occurring in adolescence or young adulthood. Throughout the last few decades, eating disorders have been increasing in prevalence and the age of onset has been getting younger. In this Q&A, Professor Ulrike Schmidt discusses how parents and carers can support young people with an eating disorder.

Q: What is your role?

Q: What are the signs that a child or young person is affected by an eating disorder?

A: Early signs principally involve (a) changes in the young person’s food and eating habits, (b) their degree of preoccupation with their physical appearance, weight and shape and /or (c) changes in physical activity and exercise patterns.

For example, the young person may become suddenly very determined to only eat ‘healthy’ or low-calorie foods, they may cut out certain food groups or restrict the amounts they eat, they may try to ‘get out of eating’ by avoiding eating with others or say they have already eaten, they may start weighing/measuring all the foods they eat and of course they may visibly get thinner and be pleased about loosing weight, even if others are concerned.

They may become very focused on their appearance and weight, expressing how bad they feel about their looks in general or particular parts of their body (e.g. tummy, thighs). They may spend ages checking themselves in the mirror or ask for reassurance about their looks constantly. They may exercise or be physically active a lot more than usual, walking everywhere and busying themselves incessantly. In terms of their general mental health they may be a lot more moody, anxious and irritable than usual and get very upset if plans or goals are thwarted or they don’t achieve as much as they had hoped for.

Q: What is the first step a parent should take?

A: A good first step is to get more information. This will help you to get a better idea of your child’s difficulties, how to approach the situation, how concerned you should be and what treatments might be effective. The website of the UK eating disorders charity Beat has a wealth of useful information for parents, other family members/supporters and for young people with eating disorders themselves.

Q: How can parents support their child?

A book that helps carers to stay motivational, empathic, calm and reflective under challenging circumstances is Janet Treasure’s “Skills-based Caring for a Loved One with an Eating Disorder: The New Maudsley Method.” Animal metaphors are used on the one hand to illustrate unhelpful communication styles that parents can inadvertently slip into and that either can keep the problem going and on the other to help people support their child’s recovery.

Q: What should parents avoid doing?

A: Don’t suffer in silence or ignore the problem. Sometimes people tell themselves that their child is just going through a phase. This may be driven by parents feeling ashamed and as if they are to blame for their child’s eating disorder. Parents are not to blame, they are usually very much part of the solution. It is really important that as parents/carers you get support for yourself and also talk to other parents and families in similar circumstances. Beat run support and skills training groups for families/carers.

Q: In your experience, what key things can help aid recovery from an eating disorder?

A: Several things are important here:

Firstly, the quicker a person gets help in the form of evidence-based treatment to turn their eating disorder round the better. We know that poor nutrition and stress have a negative effect on brain function and structure and the longer an eating disorder persists the harder it can be to turn things round. A website dedicated to early intervention for eating disorders is www.FREEDfromED.co.uk. There are lots of resources for young people and families on how to effect early change and improvement.

Secondly, good collaboration and trust between the treatment team and the young person and their family are essential. Any professionals worth their salt will want to involve you, the family, as valued partners.

Lastly and perhaps most importantly it is really important to acknowledge that recovery from an eating disorder is rarely straightforward or easy. There will be set-backs along the way. Be prepared for these, accept them with humour and humility, learn from them and move on.

Q: Where should a parent go if they need professional support?