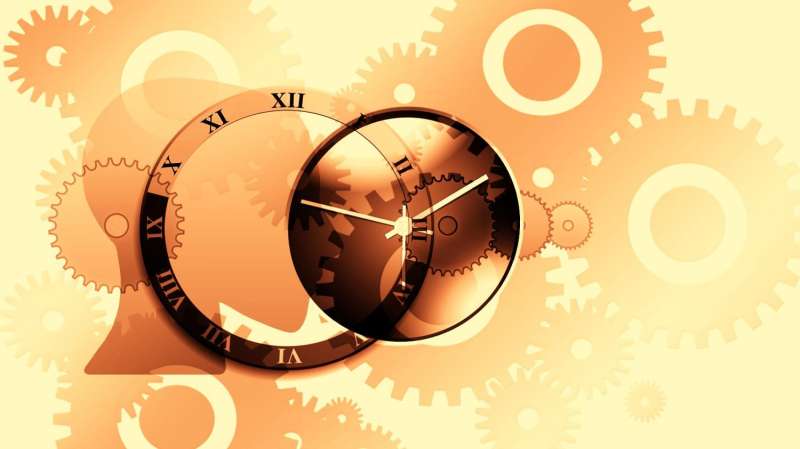 Contrary to popular productivity advice, the optimal time of day to write emails, conduct meetings or crunch numbers does not inherently differ from task to task, according to research led by Washington State University sleep scientists.

Productivity gurus claim that the best timing for different types of cognitive tasks varies based on the body’s biological clock, but a new study published in the journal Clocks & Sleep challenges this long-held belief.

“Though the biological clock does help determine the best time of day for performance, our study shows that it doesn’t do so in a task-specific manner,” said co-author Kimberly Honn, an assistant professor in the WSU Elson S. Floyd College of Medicine affiliated with the WSU Sleep and Performance Research Center. “In other words, the timing of peak task performance may vary from one individual to another, but it is not necessarily different based on the type of task being performed.”

Honn said these findings are relevant to anyone juggling a variety of tasks that require mental effort. When choosing a time to tackle important tasks, she suggested individuals ask themselves what time of day they feel most focused and ready to perform, which will likely differ based on whether a person is an early bird, a night owl or somewhere in between. Other factors to consider include the circumstances, such as what time of day the individual may experience the fewest distractions and how long they have been awake.

Rachael Muck, a WSU graduate student in neuroscience and the study’s co-first author, said the research suggests that anyone who finds themselves feeling sleepy should probably consider postponing important tasks until a later time.

“We found that the effect of the biological clock on participants’ self-reported sleepiness aligned with performance impairment on the other two tests,” Muck said. “That tells us that when you feel sleepy, it is not likely going to be an optimal time for any task, at least not based on your biological clock.”

The research team analyzed data from a laboratory experiment that put participants on either a simulated day or night shift schedule for three days. Comparing between these shifts allowed the researchers to dissociate the biological clock effects on task performance from the effects of how long the participants had been awake.

Upon completing their simulated shifts, participants were kept in a constant routine protocol designed to study humans’ internally generated biological rhythms independent of any external influences. They were kept awake for 24 hours in a semi-reclined posture, received identical snacks every hour and were kept under constant light exposure and room temperature. Throughout the constant routine, researchers drew blood samples to determine levels of melatonin—a hormone that reflects biological clock timing. Every two hours, the participants completed the three distinct cognitive tests.

Comparing participants’ test performance, the researchers found no significant differences in the peak timing of task performance relative to the timing of the biological clock.

The researchers plan to conduct additional studies to confirm these findings, broadening the scope of work to include other cognitive tests. They will also perform an analysis of task performance data from a sample of real-life shift workers who will complete a constant routine protocol after finishing their shift.