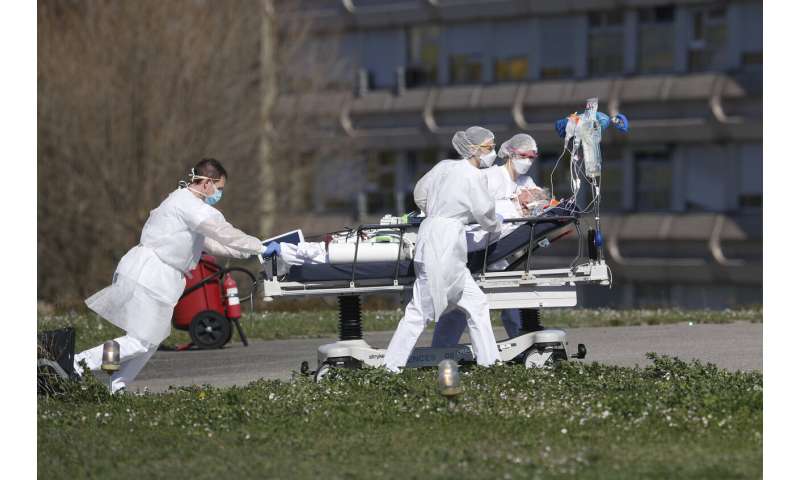 The eastern French border city of Mulhouse was fought over by France and Germany across two centuries, but the horrors of the new coronavirus cluster tearing through this community of 110,000 is inspiring unusual solidarity.

While many countries have shut their borders to stem the march of the pandemic—even some nations within the borderless European Union are instituting ID checks—three German states have opened their hospitals to patients from eastern France. Hospitals in bordering Switzerland have done the same.

The Grand Est region is now the epicenter of the outbreak in France, which has buried the third most virus victims in Europe, after Italy and Spain. The crisis there can be traced largely to a dayslong evangelical church gathering in Mulhouse attended by hundreds of people at the end of February.

In a sign of the devastating toll, the local newspaper in Mulhouse has had to add extra obituary pages as the deaths from the coronavirus increase—as has been done in some areas of Italy. In France, only the area around Paris had confirmed more cases than Grand Est as of Sunday, but the capital region has a population more than twice the size.

“Every day we have eight to 12 people who arrive. We don’t know what to do,” said Dr. Patrick Vogt, a general practitioner at the hospital in Mulhouse who recalled a shift just two weeks ago answering the city’s emergency hotline when call after call came in for respiratory problems. 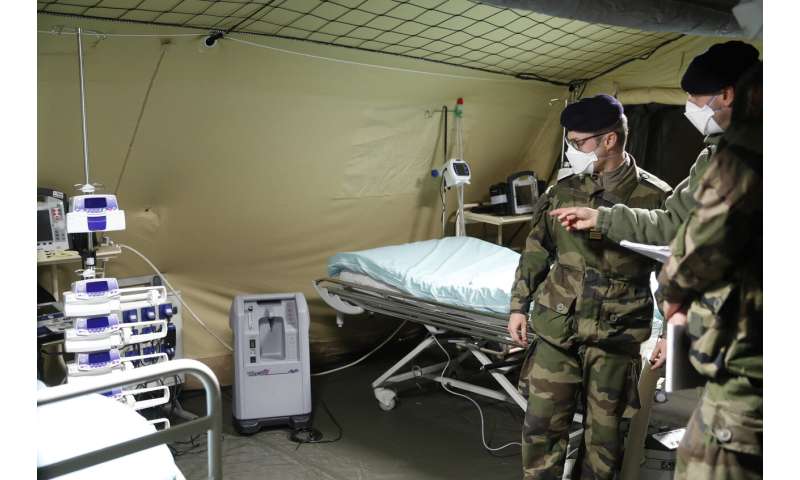 In Germany, the states of Saarland, Rhineland-Palatinate and Baden-Wuerttemberg have offered spare hospitals beds to treat French patients.

The spokesman of Baden-Wuerttemberg state’s health ministry said the state would “naturally try to help our French neighbors,” and authorities have asked all hospitals with free capacity to take in French patients requiring ventilators.

While Germany has many more confirmed virus cases than France, it has a much smaller number of deaths: 123, according to data from Johns Hopkins University, compared to France’s 860.

Today’s scenes in and around Mulhouse are sadly reminiscent of the bloodiest moments in the border region’s turbulent history. It was the stomping ground for armies in the 19th-century Franco-Prussian war and a site of intense battles during the 20th century’s two world wars, which included bitter territorial disputes over the Alsace region, now part of what’s called the Grand Est. 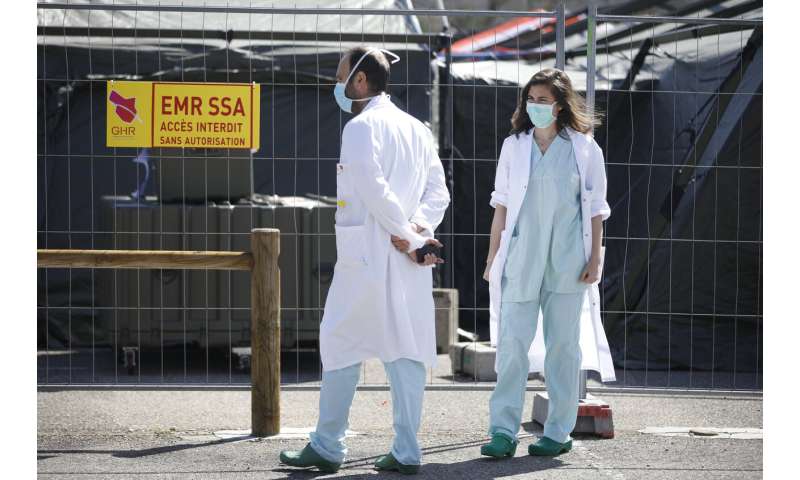 The city was the site of France’s World War I opening attack against Germany in 1914’s Battle of Mulhouse, while bloody battles and burning villages tore it apart again during World War II as German and U.S. forces fought each other.

Regional health officials say that Grand Est is approximately one week ahead of the rest of France in terms of infection rates: As of Monday, according to French government data, the region had recorded nearly 4,300 cases in an area with around 5.5 million people. In contrast, the area around France’s capital of Paris, home to more than 12 million, had around 6,200 confirmed virus infections.

The analysis serves as a deadly warning for France, a nation of 67 million that has already seen a dramatic lockdown, that the worst could be yet to come.

In addition to the help offered from abroad, Mulhouse has drawn the focus of French President Emmanuel Macron, who ordered a field hospital to be built to help tend to the sick. 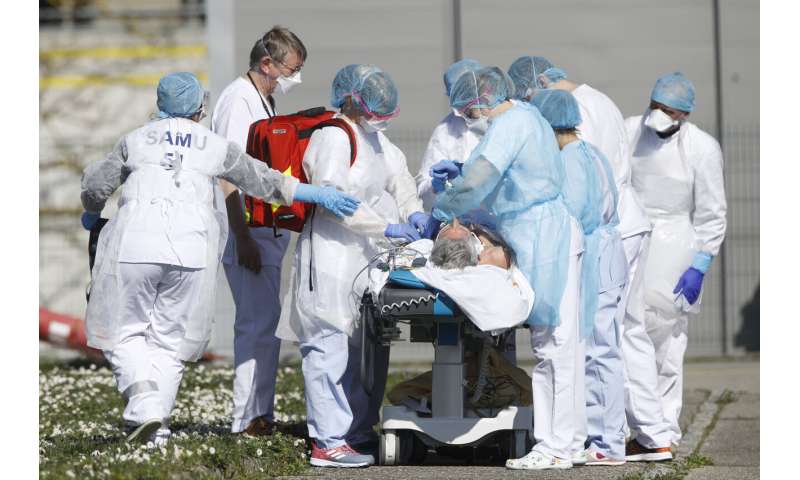 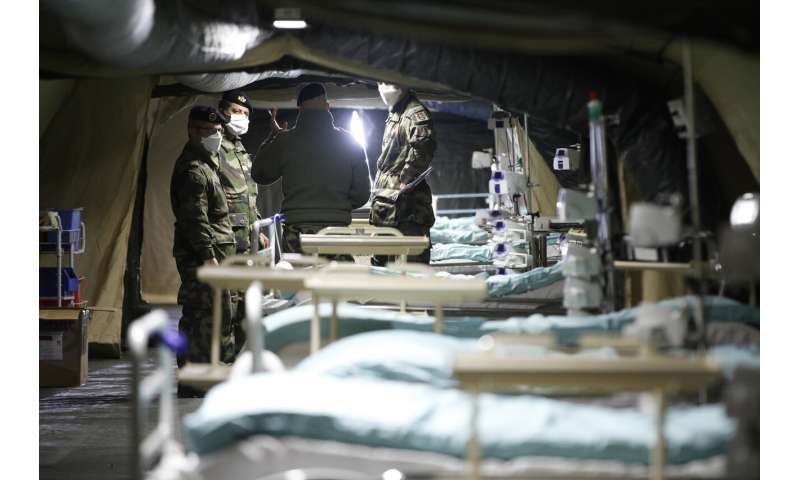 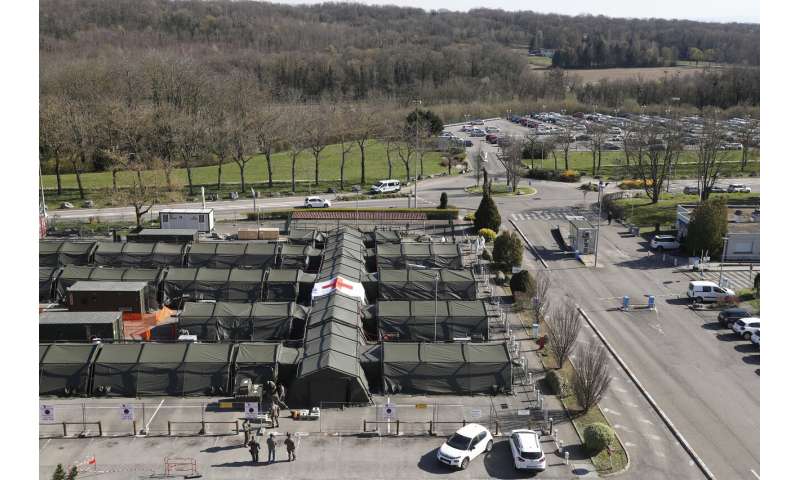 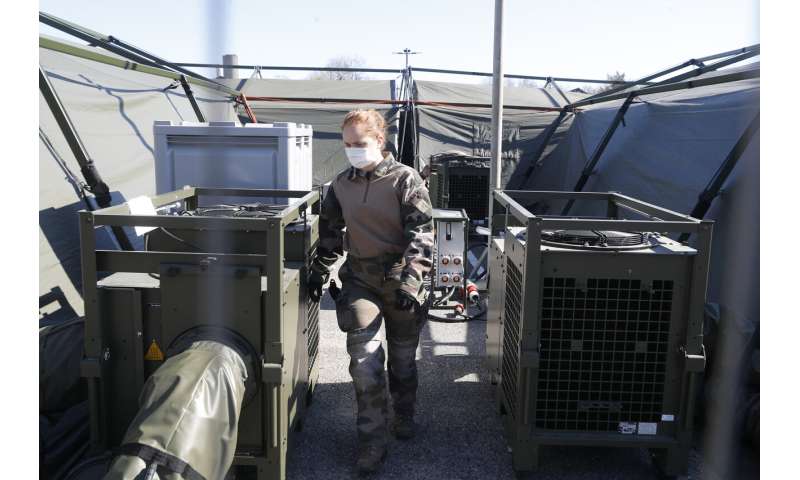 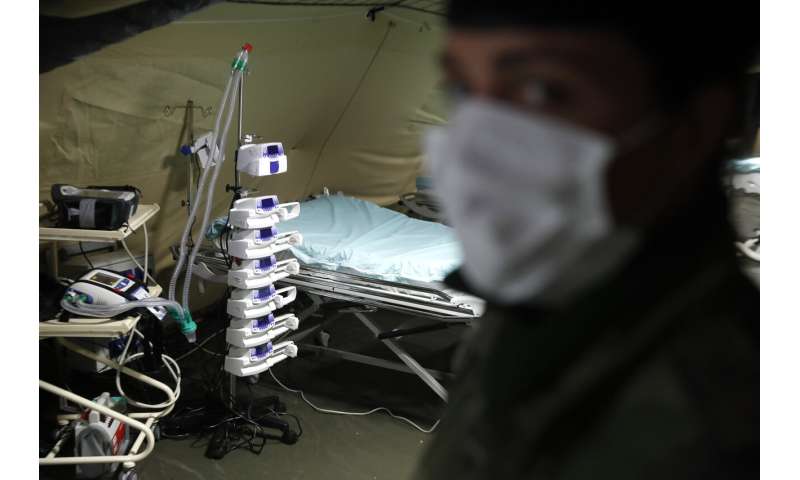 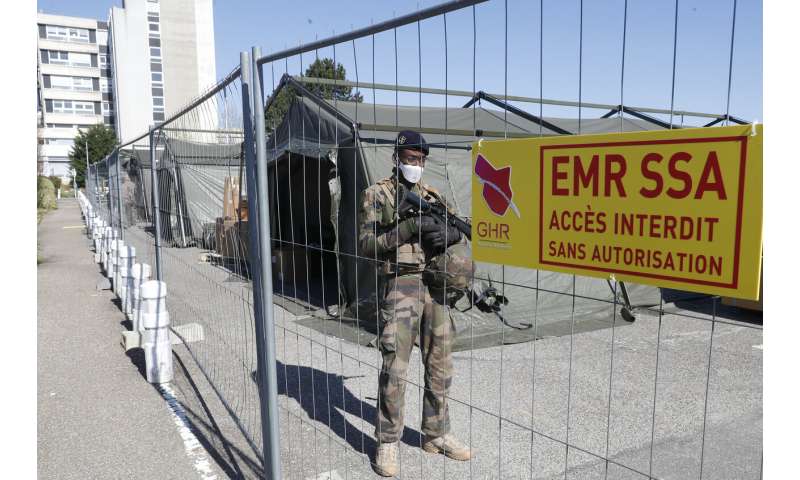 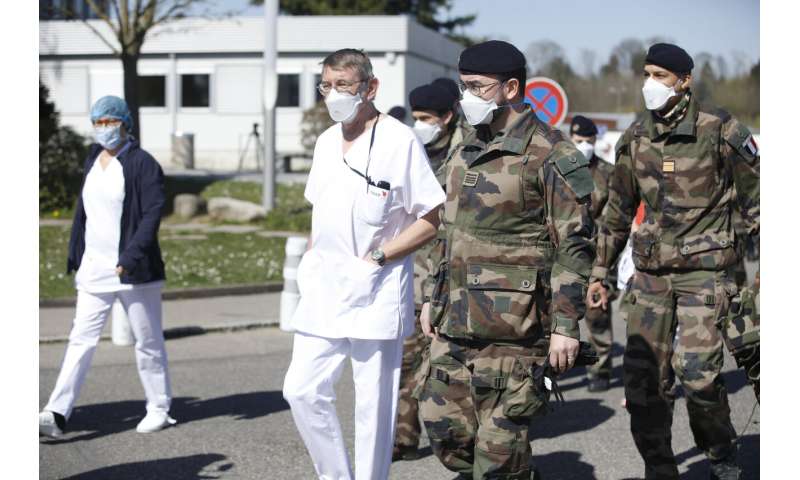 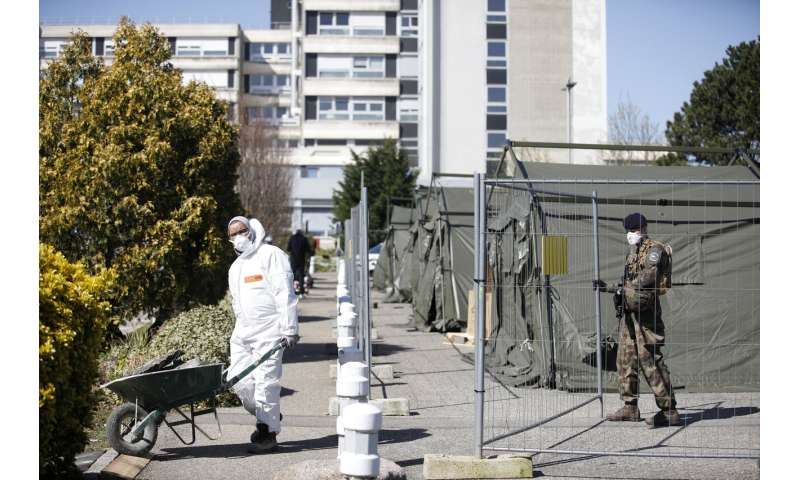 Around 50 soldiers have been putting up the structure that will have equipment usually used to make surgery possible in combat zones retrofitted to treat patients with the coronavirus. Authorities hope the five tents, each with six beds, could receive patients starting Monday.

About 100 military health personnel—anesthetists, nurses and nursing assistants—will be available to operate the field hospital.

In an unprecedented move during peacetime, the French army has also started evacuating critical coronavirus patients from the country’s east.

On Saturday, there was a new military airlift of patients hospitalized in Mulhouse. The first one took place last week.