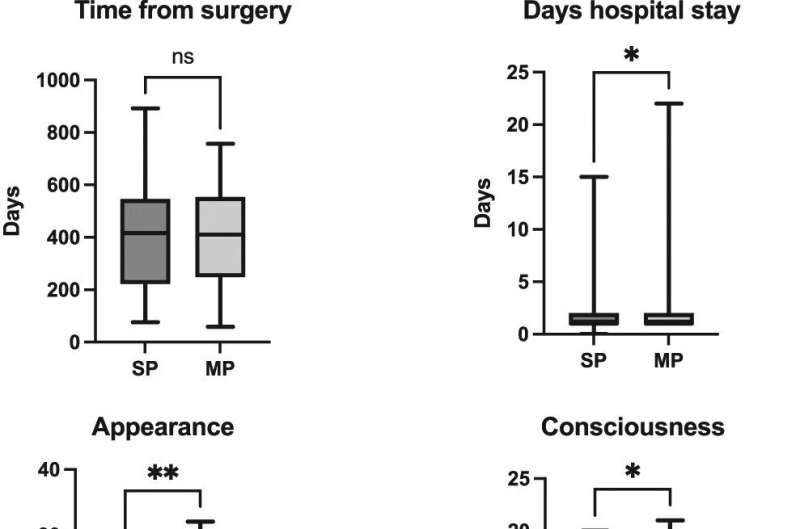 The use of next-generation, single-port surgical robots leads to improved cosmetic outcomes and patient perceptions of scarring after robotic kidney, bladder, or prostate surgery, reports a study in Urology Practice.

With just one incision, reduced scarring is a potential advantage of SP surgical robots. Because the navel is the most commonly used port site, SP surgery may even appear “virtually scarless,” according to the authors. They compared patient ratings of scarring after surgery performed using SP versus MP surgical robots.

The study included two groups of patients who underwent urologic cancer surgery, 104 operated on using the SP robot and 78 with the MP robot. Patients completed a standard assessment of surgical scarring (the Patient Scar Assessment Questionnaire) to rate their perceptions of the scar’s appearance.

Patients’ perceptions of scarring showed a “correlative improvement” with SP robotic surgery, compared to MP surgery. Scores for perceived scar appearance were significantly better for patients in the SP group, compared to the MP group. Single-portal surgery was also associated with increased patient satisfaction and lower self-consciousness regarding scar appearance.

Scores for satisfaction with postoperative symptoms were also better in the SP group, although the difference was not statistically significant. Patients undergoing SP robotic surgery spent fewer days in the hospital, compared to the MP surgery group.

The study reflects the growing emphasis on patient-reported outcomes in evaluating the benefits of medical treatments, including the impact of surgical and traumatic scars. Additional follow-up will be needed to evaluate the effects of SP robotic surgery on long-term cancer outcomes.