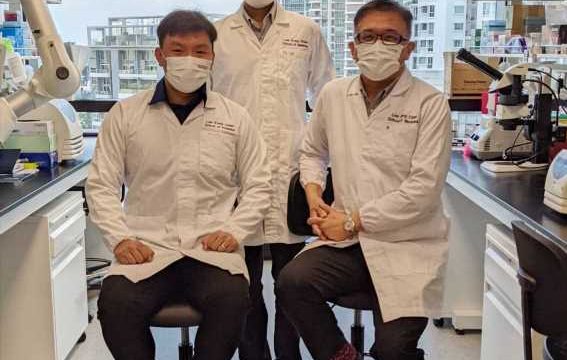 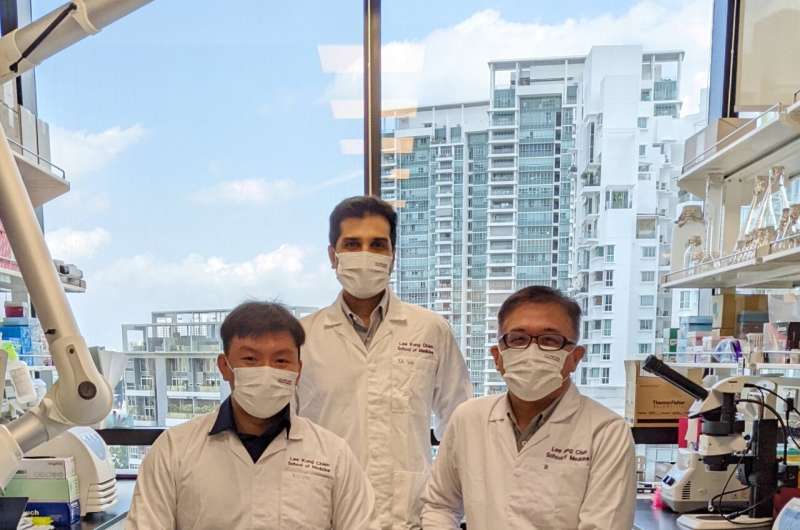 Scientists at Nanyang Technological University, Singapore’s (NTU Singapore) Lee Kong Chian School of Medicine (LKCMedicine) have mapped a novel cellular pathway that shows that saturated fat contributes to the development of diabetes and can worsen the disease, underscoring its role in metabolic diseases.

Through experiments on laboratory-cultured mouse cells and on mice fed with a diet rich in saturated fat, the NTU Singapore scientists found that saturated fatty acids can degrade a protein called FIT2, triggering a chain of molecular events that cause insulin-producing cells to lose their function and die.

When these cells die, the body’s ability to secrete enough insulin in response to carbohydrates is impaired, resulting in diabetes. Partially restoring FIT2 levels in insulin-producing cells, however, could mitigate the damage caused by saturated fat, the scientists found.

These findings, reported in the scientific journal Proceedings of the National Academy of Sciences (PNAS) in March, point to the potential of increasing FIT2 production in the body as a new method to manage diet-induced diabetes. Also called Type-2 diabetes, the metabolic condition accounts for 95 percent of diabetes cases, affecting about 462 million people globally.

The scientists said that the study also reinforces, for diabetic patients, the importance of moderating their meat and dairy consumption, in addition to sugar and carbohydrates, since saturated fat is found in high amounts in red meats, processed meats, and dairy products.

Associate Professor Yusuf Ali, Program Director of Nutrition, Metabolism & Health at NTU LKCMedicine and lead author of the study, said: “Studies have identified saturated fat as the ‘unhealthy fat’ that leads to diabetes, but the mechanisms have been unclear. Our study confirms this link and maps out a pathway through which this happens. We also identify a new protein that we could target with new therapies to help manage the illness. In terms of nutrition, the findings suggest that diabetic patients who turn to proteins in place of white rice may need to watch their intake of saturated fats, which are found in high levels in red meats and other meat and dairy products.”

Providing his view as an expert not involved in the study, Associate Professor Lim Su Chi, Senior Consultant Endocrinologist at the Admiralty Diabetes Center at Khoo Teck Puat Hospital, said: “Most people are aware that a diet rich in saturated fats can lead to heart disease. However, few may know that dietary saturated fat can also increase the risk of getting diabetes or worsen diabetes control. This is seen in Assoc Prof Yusuf Ali’s important study, which explains how saturated fats may interfere with our pancreas’ ability to maintain healthy blood glucose, thereby causing or worsening diabetes. Therefore, I would ask anyone who has diabetes and pre-diabetes to eat healthily and reduce their intake of saturated fats. This is the advice I would give to my patients.”

How saturated fat could lead to diabetes

Insulin is produced only in the pancreas by a type of cell called the beta cell. Beta cells respond quickly to sugar intake and spikes in blood glucose concentrations by secreting some of their stored insulin while simultaneously producing more.

Aside from sugar, the beta cell also takes in fat and stores them within lipid droplets. This fat store regulates metabolism and prevents cell death due to lipotoxicity, a result of too many fatty acids in the cell. Lipid droplets are produced in the presence of an important protein called FIT2 (fat storage–inducing transmembrane protein 2), as shown in an earlier study.

Through exposing pancreatic beta cells to palmitate (saturated fat found in foods such as palm oil), the NTU LKCMedicine team showed that saturated fat degrades FIT2 proteins in the cells, causing the number of lipid droplets to decrease.

In contrast, mouse cells that were exposed to oleate (unsaturated fat found in vegetable oils such as olive oil) had twice as many FIT2 proteins and lipid droplets.

Assoc Prof Yusuf explained: “When the number of lipid droplets in a beta cell decreases, the cell’s natural ability to regulate fatty acids is impaired, resulting in a lipotoxic environment that leads to cell dysfunction and death. With fewer cells able to produce insulin to keep blood glucose levels in check, diabetes eventually develops.”

The scientists confirmed their cell studies by studying mice put on a Western diet rich in saturated fat and refined sugars, much like a fast-food diet.

After placing both groups of mice on a 25-week diet rich in saturated fat and carbohydrates, the scientists found that mice without beta cell FIT2 had higher blood glucose levels and that these mice struggled to keep blood glucose levels in check following a glucose challenge.

The mice with the beta cell-specific gene deletion also secreted lower levels of insulin. This suggests that the loss of FIT2 in beta cells compromised the cells’ function and, subsequently, the whole-body glucose regulatory mechanisms, leading to diabetes.

Preliminary mouse cell studies, however, suggest that stimulating an overproduction of the FIT2 protein could help to mitigate the effect of palmitate.

To show this, the scientists first artificially introduced a FIT2 gene into the mouse cell, then exposed the cell to palmitate, which caused FIT2 proteins in the cell to degrade. The number of lipid droplets decreased as a result.

However, due to the FIT2 gene that was artificially introduced into the cell, the cell continued producing some FIT2 proteins, partially making up for the loss of proteins to palmitate exposure. As a result, the number of lipid droplets in the cell significantly increased.