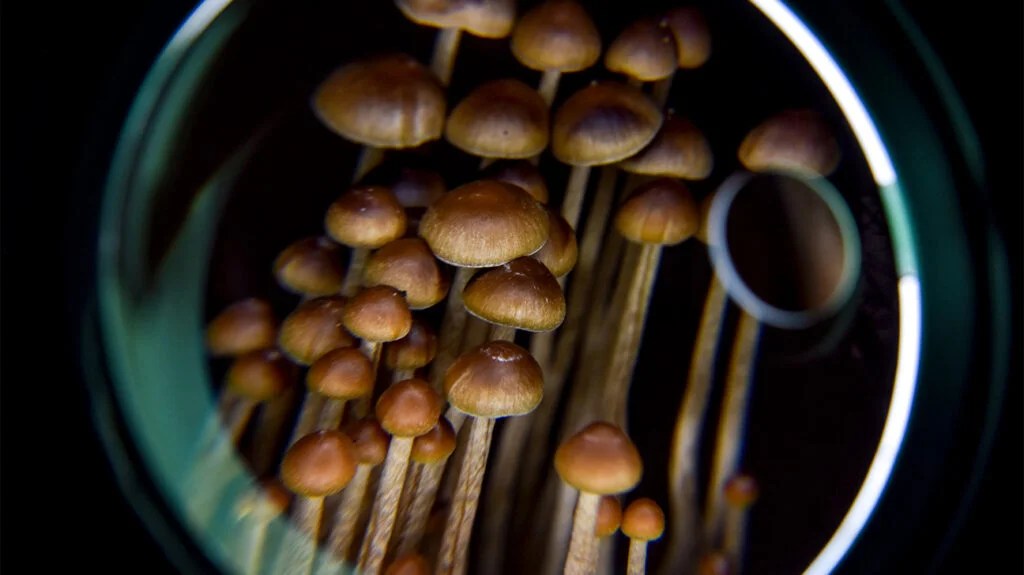 A recent study published in JAMA Psychiatry has shown that psilocybin therapy, in addition to psychotherapy, reduced the number of heavy drinking days and average daily alcohol consumption in individuals with alcohol use disorder compared with an antihistamine placebo and psychotherapy.

This is the first randomized clinical trial (RCT) to show that psilocybin could help reduce excessive drinking in individuals with alcohol use disorder.

“Our findings strongly suggest that psilocybin therapy is a promising means of treating alcohol use disorder, a complex disease that has proven notoriously difficult to manage,” said study author, Dr. Michael Bogenschutz, director of New York University’s Langone Center for Psychedelic Medicine, in a news release.

Dr. Jennifer Mitchell, a neurology professor at the University of California, San Francisco, who was not involved in the study, told Medical News Today:

“We are in serious need of new therapeutics for alcohol use disorder, and one could imagine that a compound that successfully curbs alcohol consumption and depression might also prove effective for related mental health indications.”

Alcohol use disorder (AUD) is one of the most common SUDs, affecting around one-third of adults in the United States at some point during their lives.

Although there are medications available to treat AUD, about half of the individuals with the disorder tend to relapse within 6–12 months of treatment.

Moreover, these medications are only modestly effective, and many individuals do not respond to the medicines. As a result, there has been growing interest in using novel approaches to treat alcohol use disorder, including psychedelic substances.

Psychedelic compounds are substances that alter the state of consciousness, including mood, thought, perception, and sense of self.

Psilocybin is considered a psychedelic, which is a class of drugs that produce hallucinations and other mind-altering effects once ingested. Specifically, psilocybin is thought to work by acting on serotonin 2A receptors in the brain.

“It is widely believed that although psilocybin can help the brain to change, it doesn’t necessarily determine the direction of that change,” explained Dr. Bogenschutz.

“So the drug prepares the person to change, and the therapy helps them to make the changes that they want to make, such as stopping or cutting down on their drinking in this case. So this could help explain why a single drug like psilocybin can help so many different conditions,” he continued.

Such psychedelic-assisted psychotherapy involves the administration of the psychedelic substance under the supervision of trained medical professionals.

Although previous research suggests that the frequency of serious adverse events after the administration of psychedelics like psilocybin is very low, using these drugs in a controlled environment can help effectively manage potential side effects.

As Dr. Bogenschutz and his colleagues had previously shown in a preliminary proof-of-concept study in 2015, psilocybin could reduce alcohol consumption in individuals with AUD. Building on these results, Dr. Bogenschutz recently conducted a randomized clinical trial to further assess the ability of psilocybin-assisted psychotherapy to reduce drinking behavior in individuals with alcohol use disorder.

The participants were also offered 12 weeks of motivational and cognitive behavioral therapy (CBT), with 4 weekly sessions before the first dose, between the first and the second dose, and after the second dose.

Participants receiving psilocybin had a lower percentage of heavy drinking days (9.7%) during the 32 weeks after the first dose than their counterparts in the diphenhydramine group (23.6%).

Although mild side effects such as headaches, anxiety, and nausea were more prevalent in individuals receiving psilocybin than diphenhydramine, these side effects generally resolved on their own.

The authors cautioned that the study had a few shortcomings. For instance, the participants could guess whether they had received psilocybin, which could have resulted in placebo effects.

Moreover, the researchers only monitored the participants for 32 weeks after the first dose, and long-term studies are needed to investigate the ability of psychedelic drugs to prevent relapse.

Additional research is needed before psilocybin can be used in a clinical setting. In an editorial accompanying the article, Dr. Henry Kranzler, professor of psychiatry at the University of Pennsylvania, noted:

“An important question is the extent to which a hallucinogenic experience is required for psychedelic drugs to have a therapeutic effect, which has implications for both the appropriate dosage and frequency of administration in the large-scale trials that will be needed for FDA approval. This question is also key to developing novel agents to target the mechanisms of therapeutic effects specific to different psychiatric disorders.”