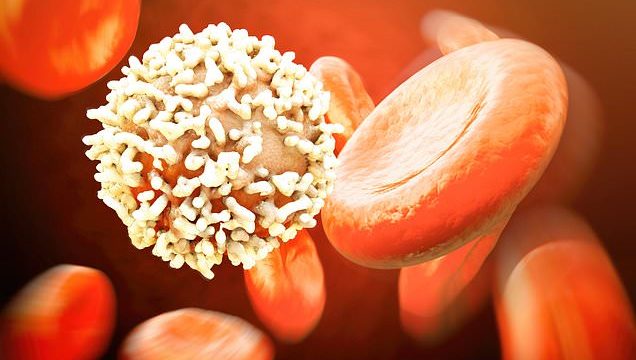 A woman who has survived a dozen different tumors could hold the secret to curing cancer, scientists claim.

The unnamed patient, 36, was diagnosed with her first mass when she was a toddler and a new growth has formed every couple of years in different parts of her body since.

Of her 12 tumors that doctors know about, at least five were cancerous — forming in her brain, cervix and colon.

Researchers in Spain who are monitoring her condition say her immune system is ‘exceptional’ at shutting down cancer.

She is believed to be the only person in the world with a genetic quirk that serves as a double-edged sword.

On one hand, she has an unnatural ability able to defeat cancerous growths. but on the other, it makes them extremely susceptible to tumors forming in the first place.

She possess two mutation on the MAD1L1 gene, which in normal circumstances should kill an embryo before it gets a chance to develop in utero.

The gene is crucial in the process of a cell splitting and proliferating and the mutations cause it to go haywire and start over-replicating itself.

When the cell begins to split at a rate that is not necessary it can lead to tumorous growth which can often form into cancer.

Dr Marcus Malumbres, head of the cancer group at the Spanish National Cancer Research Centre (CNIO), said: ‘We still don’t understand how this individual could have developed during the embryonic stage, nor could have overcome all these pathologies.’ 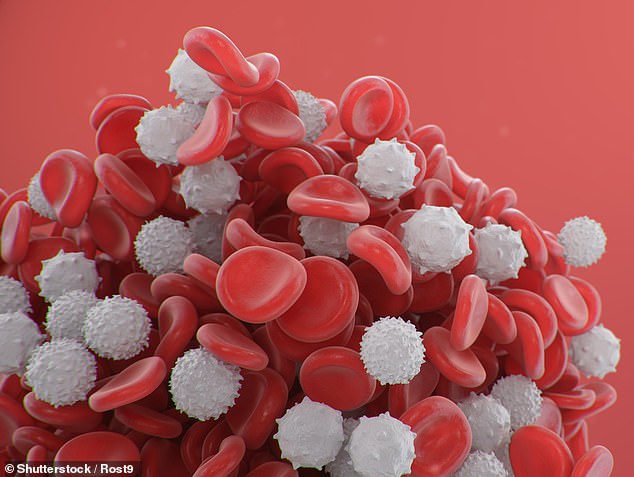 A woman, 36, has a rare mutation that leads to her cells rapidly replicating. As a result, she has suffered a dozen tumors throughout her life. The same mutation that causes the growth also protects her from it, as it leads to the rapid production of defense cells. (file photo) 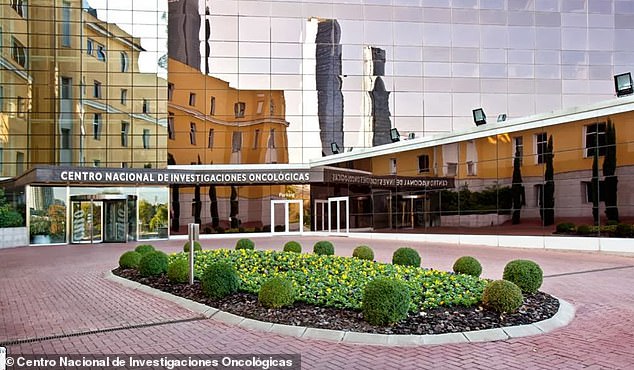 The woman was examined at the CNIO cancer researcher center in Madrid, Spain (pictured)

A 36 year old woman who was examined by doctors in Spain has developed a dozen tumors – at least five of which were cancerous.

She has a rare pair of mutations on her MAD1L1 genes which would usually lead to death in embryo.

The gene is responsible for a cell’s splitting and proliferation. Mutations to it will impact how a person’s cells replicate.

As a result of these mutations, the woman is more likely to suffer unneeded tissue growth, which can lead to the formation of a tumor.

These tumors can often be cancerous, as this woman has experienced all throughout her life – with a first mass being detected when she was only a toddler.

Interestingly, the same mutation causing her to suffer the disease so frequently also saves her from it.

Her body produces lymphocytes at a rapid rate, and the identical copies of the immune cells come with mutations that make them highly effective at fighting the cancer.

Each of her lymphocytes has an abnormal number of chromosomes, making them more effective against tumorous growth.

As a result, her body also fights off cancers and tumors with ease.

A team from the CNIO in Madrid published their case report on the person on Wednesday.

Scientists found the woman was more likely to develop tumors and cancers because of mutations to the MAD1L1 gene. Her condition is so rare it does not have a name.

The person also has skin spots, microcephaly – a condition where a baby’s head is much smaller than expected – and other physical conditions.

When the patient first visited the CNIO’s Familial Cancer Clinical Unit, a blood sample was taken to sequence the genes most frequently involved in hereditary cancer, but no alteration was detected in them.

Researchers then analysed the female’s entire genome and found mutations in a gene called MAD1L1.

This gene is essential in the process of cell division and proliferation.

Researchers analysed the effect of the mutations, and concluded they cause alterations in the number of chromosomes in the cells – all cells in the human body – have 23 pairs of chromosomes.

Animal models have suggested that when there are mutations in both copies of this gene – each coming from one parent – the embryo dies.

To the astonishment of the researchers, the person in this case has mutations in both copies but has survived, living as normal a life as can be expected of someone suffering from ill health.

According to Miguel Urioste, the co-author of the study who headed the CNIO’s Familial Cancer Clinical Unit until his retirement in January this year said no other case like this has ever been described.

He said: ‘Academically we cannot speak of a new syndrome because it is the description of a single case, but biologically it is.’

While other genes whose mutations alter the number of chromosomes in cells are known, researchers say this case is different because of the aggressiveness, the percentage of aberrations it produces and the extreme susceptibility to a large number of different tumours.

The search team was intrigued by the fact that the five aggressive cancers developed by the patient disappeared relatively easily.

Their hypothesis is that ‘the constant production of altered cells has generated a chronic defensive response in the patient against these cells, and that helps the tumours to disappear’.

‘We think that boosting the immune response of other patients would help them to halt the tumoural development,’ explained Dr Malumbres.

Researchers say one of the most important aspects of the study is the discovery that the immune system is capable of unleashing a defensive response against cells with the wrong number of chromosomes.

The findings may open up new therapeutic options in the future, they suggest.

The study is published in the Science Advances journal.