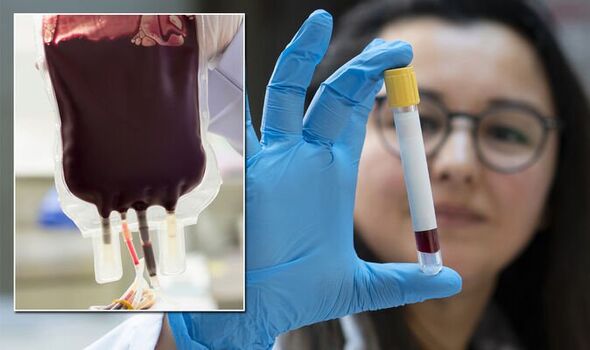 Hospitals have been told to put plans in place to protect their stocks, which means non-urgent operations requiring blood could be postponed and patients who need blood most prioritised.

While the low levels of blood is cause for concern, the fact levels of O type is particularly concerning.

This is because O negative blood is the universal blood type, one which can be given to anyone.

O negative blood plays an important role during emergencies or when someone’s blood type is unknown by those attending the scene.

The amber alert is thought to have been caused by staffing issues with a greater number of staff required to help at sessions for donating blood.

Existing O negative and O positive donors are being asked to book in at blood donor centres to give blood.

The NHS says you can give blood if you:

Donation centres are normally situated at local hospitals or in specialised centres.

Furthermore, even if someone does want to give blood, there may be a few reasons why they have to wait such as if they feel ill or are pregnant.

The NHS says you can’t give blood if you:

What are the main blood groups?

There are four main blood groups, A, B, AB, and O.

Each blood group has its own features and elements which set it apart.O group is universal blood and can be given to any patient. However, A, B, AB, and differ, mainly in terms of their types of antibodies and antigens.

The NHS describes antibodies as “proteins found in plasma. They recognise foreign substances, such as germs, and alert your immune system, which destroys them”.

Meanwhile, antigens are molecules found on the surface of red blood cells.

What are the differences between the blood types?

Group A has A antigens on the red blood cells with anti-B antibodies in the plasma.

Meanwhile, group B has B antigens with anti-A antibodies in the plasma and group AB has group A and B antigens, but no antibodies.

Group O has no B antigens with anti-A antibodies in the plasma. The lack of Group O is not just worrying because of its role, but because nearly half, 48 percent of the population, is blood group O say the NHS.

The reason why knowing the different blood groups is essential is because receiving the wrong blood type can have devastating consequences.

On the administration of the wrong blood type, the NHS advises: “Receiving blood from the wrong ABO group can be life-threatening. For example, if someone with group B blood is given group A blood, their anti-A antibodies will attack the group A cells.

“This is why group A blood must never be given to someone who has group B blood and vice versa.

“As group O red blood cells do not have any A or B antigens, it can safely be given to any other group.”