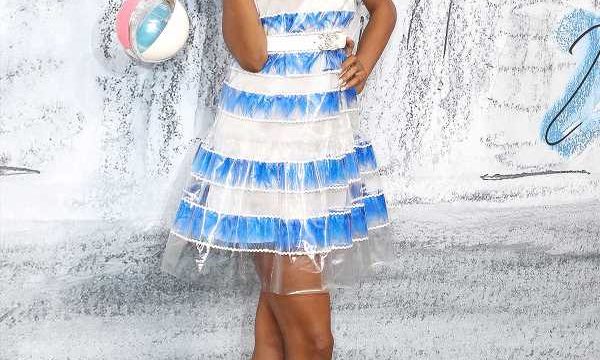 Jourdan Dunn may be a supermodel, but she still has body insecurities like so many other women.

Dunn, 29, is Caribbean, and her slim frame never matched with the rest of her family.

“Being Caribbean, everybody in my family has curves,” the London-raised Dunn told Vogue U.K. for their November issue. “My mum is curvy, my cousins.”

She was often mocked for having “chicken legs,” and the childhood bullying had her considering plastic surgery.

“When I was younger, I was actually thinking of having calf implants,” she said.

Dunn said that it was odd to grow up with these insecurities about her body, and then find that her thinner figure was valued in the modeling world.

“Being a young girl, growing up in the industry and having your insecurities get you jobs — it’s highlighted,” she said.

But Dunn did her best to push through her body image struggles, especially when she was having fun with her family and dancing to music videos.

“[I would be] at home and pretending I’m a video girl, then realizing I can’t be a video girl because I ain’t got that to be backing it up, but, whatever, I’m going to still shake it!” she said. “That was definitely a thing.”

Now Dunn is a top-tier model, and an advocate for other Black women in the industry who makes a point to call out the lack of diversity and racism.

“I just said what was on my mind,” she said. “I did start feeling like a lone voice because I felt like, ‘I’m being vocal and my peers are being silent.’ I was like, ‘I don’t want to talk about this anymore. Why am I the only one? You’re going through the same thing. You look like me.’ ”

Dunn said, though, that social media has helped.

“Everybody comes together and backs each other now. It’s not just one person,” she said. “What I love about this generation is that everyone’s so fearless and everyone has a voice — people are not gonna let things slide anymore. I don’t believe that it can go backwards, because people won’t allow it.”