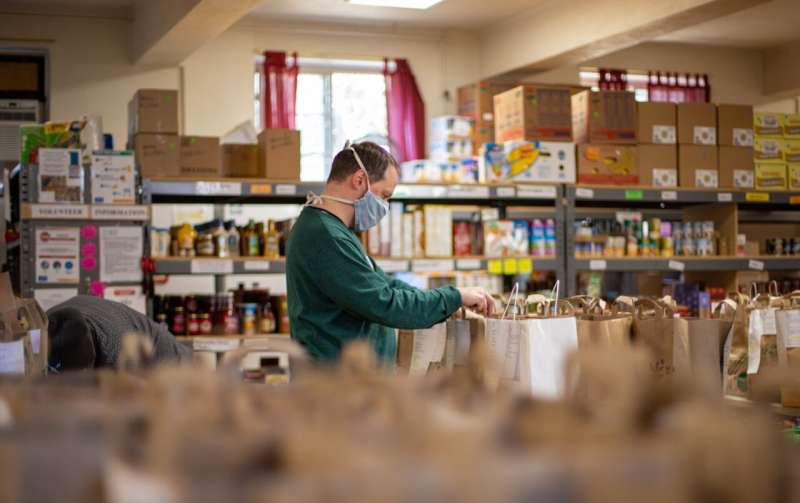 Low-income seniors were seven times more likely to visit a food pantry in the year after becoming eligible for Medicare, resulting in improved food security, according to a new study from UT Southwestern.

The findings, published in Applied Economic Perspectives and Policy, were based on data compiled on 543 households that visited Crossroads Community Services, a food pantry in Dallas. Study leaders Sandi Pruitt, Ph.D., Associate Professor in the Peter O’Donnell Jr. School of Public Health, and Tammy Leonard, Ph.D., Professor and Chair of Economics at the University of Dallas, said several factors may have contributed to the increased food pantry usage.

“Anecdotally, we believe Medicare eligibility may increase an individual’s amount of time available to access transportation and to make the visits and stand in lines if necessary,” Dr. Pruitt said.

“Additionally, we know that Medicare eligibility for most people also coincides with eligibility for Social Security benefits, and there are many services available to help seniors access these benefits,” said Dr. Leonard, who is also an adjunct professor at the O’Donnell School of Public Health. “Seniors may become aware of other sources of assistance and/or feel a reduction in stigmas that may be associated with accessing safety net services when they were younger.”

Using a rich database of survey and food pantry-visit data from Crossroads Community Services that was developed as part of the organization’s community partnership with UT Southwestern and the University of Dallas, Dr. Pruitt and colleagues have spent the past decade probing multiple dimensions of food insecurity for community residents. A previous study using these data found that more consistent use of the food pantry led to reduced food insecurity and improved health.

“We have been working to build this data set locally to fill a gap in the literature about how food assistance is associated with health,” Dr. Pruitt said. “Now we are beginning to understand the scope of the problem and what we need to do to improve the health of this really underserved, vulnerable group.”

For this study, first author Erline Martinez-Miller, Ph.D., who was a postdoctoral fellow at UTSW at the time of the study, began with a hypothesis that food pantry usage would rise as individuals reach age 65. At six-month intervals, she and Dr. Leonard analyzed both the level of food insecurity and the number of food pantry visits among low-income seniors visiting Crossroads in the two years before and after their 65th birthday.

“Through our surveys, we found a nearly sevenfold rise in the number of visits per senior household in the year after Medicare eligibility versus the year before, and we also found that the prevalence of food insecurity was 15% lower among those eligible for Medicare than among seniors who were not yet eligible,” said Dr. Martinez-Miller. “Coupled together, an increase in visits could be interpreted as an increased capacity to improve household food security.”

What the researchers don’t yet understand is why, after peaking near their 65th birthday, visits began to steadily slow over the next two years. The team suspects that the answer may relate to individuals finding it more difficult to access services because of health issues and declining functional ability as they age.

Food insecurity is a $700 million annual problem for the United States in terms of health care costs alone. Dr. Pruitt hopes this study may help food pantry operators identify key pivot points where they can strongly encourage continued visits for those who encounter food insecurity as they weather life’s financial storms.