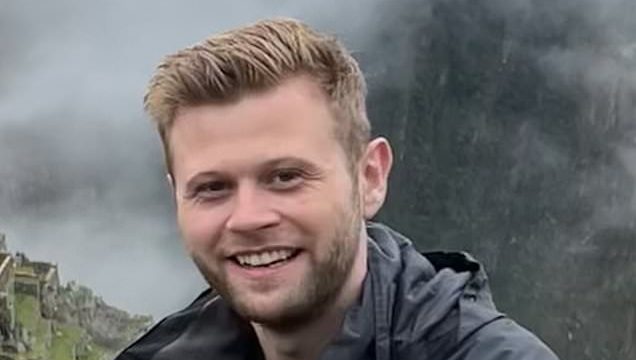 A tale of hope: For 25 years haemophiliac Luke needed jabs to stop the bleeding that could kill him. Now he’s been liberated by a breakthrough gene therapy

When Luke Pembroke was diagnosed with the bleeding disorder haemophilia at 11 months old, doctors offered his mother Debra a glimmer of hope — one day, thanks to gene therapy, there might be a cure for the inherited disorder, which made every bump and fall potentially lethal for her precious son.

It was a bold prediction in the early 1990s, when the science of gene therapy — the replacement of faulty genes with healthy ones to correct incurable genetic conditions — was in its infancy.

But fast forward nearly three decades and the prediction is coming true, bringing hope to thousands living with haemophilia in the UK.

According to charity The Haemophilia Society, at least 16 types of gene therapy for the disorder are in development. Some are already in clinical trials and could be available on the NHS in the next two to three years.

While they vary in approach, the aim of each is the same: to correct defective genes — turn off faulty genes involved in causing the illness, or switch on dormant ones that can correct it.

‘I’m very excited by gene therapy — it is a genuine advance,’ says Dr Gavin Ling, a consultant haematologist at St Thomas’ Hospital in London, who has a specialist interest in bleeding disorders. 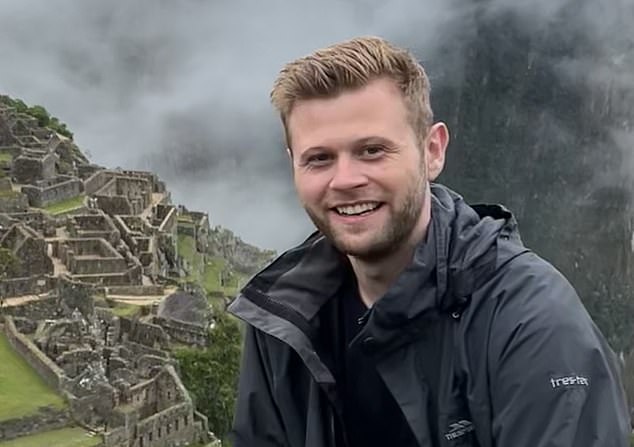 Luke was just a baby when his mother noticed he was covered in bruises. When she took him to A&E after finding a large bruise on his head, she was initially greeted with suspicion by doctors who feared she was abusing her baby. Last year, Luke, now 28, fulfilled a dream trip to the Amazon jungle in Peru (above) to work on a conservation project — something that previously would have been impossible

‘It won’t provide a complete cure for everyone but if it works, patients will, for the first time, be able to live much more normal lives.’

Haemophilia is a genetic disorder that affects more than 8,500 people in the UK. It is due to one of the body’s clotting factors — proteins that help to form blood clots in the event of injury — being missing from birth.

The gene responsible for making these proteins is on the X chromosome — when it’s damaged men only have one copy of this (women have two), hence mainly men are affected, although women who are carriers of the faulty gene can develop mild haemophilia. Those affected are under constant threat of uncontrollable bleeding, not just from cuts and grazes but from significant internal blood loss from falls or blows to the body.

Contact sports, such as rugby, are out of the question and even painkillers such as aspirin and ibuprofen are risky because they can inhibit clotting even more. The only therapy to date has been regular injections of man-made versions of the missing clotting factors — in some cases every 48 hours.

Luke was just a baby when his mother noticed he was covered in bruises. When she took him to A&E after finding a large bruise on his head, she was initially greeted with suspicion by doctors who feared she was abusing her baby.

‘Sadly, this is quite a common story in the haemophilia community,’ says Luke, now 28 and creative director at a research consultancy in London. ‘Children with haemophilia have serious bruising and sometimes internal bleeding no one can account for.’

But within hours, a blood test confirmed Luke had haemophilia and further tests revealed he had type B — the most severe form.

Luke says: ‘Mum tells me she remembers sliding down the wall in tears, not knowing what she was going to do next.’

Debra had to come to terms with helping her young child cope with this life-changing illness. That meant learning to inject him — up to three times a week — with clotting factor, through a needle inserted into a vein.

It was traumatic for them both. Luke became so scared of needles, his mother would often have to pin him down to get the factor into him. A family video even shows him howling with fear as his mum tried to pin a birthday badge on him when he turned two. Even with these regular injections, Luke’s condition was so severe he still suffered frequent internal bleeding that left him in ‘indescribable’ pain, he says.

Much of this came from bleeding into his muscles and joints, which causes long-term damage to the cartilage in knees, hips and wrists — often after a simple trip.

On one occasion, Luke was confined to bed in constant agony for several weeks when he suffered an ‘excruciating’ bleed into the psoas muscle, which runs from the lower back to the pelvis. Bleeding into muscles such as this causes severe pain, as it can damage sensitive nerves in the area.

At school, he was barred from all sports and was bullied by classmates after his head teacher — in a clumsy attempt to help pupils have a better understanding of his condition — asked him to stand up at the front at school assembly while he described his illness.

Luke says: ‘After that, there was a small group of kids saying: ‘If I punch you, will you die?’ When he was seven, a specialist nurse came to the school to teach him how to inject himself. ‘It was really hard,’ Luke says.

‘I would get very upset when I missed the vein.’ By the time he reached his 20s, Luke says he had suffered ‘probably hundreds’ of agonising bleeds.

When, in 2020, his consultant offered him the chance to join a clinical trial for a gene therapy drug, he jumped at the chance.

The 26-week trial — run by University College London, the Royal Free Hospital in London and Freeline Therapeutics, the company behind the ground-breaking treatment — involved a single injection of an experimental drug called FLT180a.

Just one dose is designed to deliver a functioning copy of a faulty gene that prompts the liver to produce the protein coagulation factor IX, which helps blood clot when there is an injury.

The goal is then to reduce — or stop altogether — the need for patients to inject themselves.

Results from the trial, published in the New England Journal of Medicine in July, showed that in nine of the ten patients treated with the drug, the liver quickly began to produce the missing protein after just one injection.

This led to a decrease in bleeding, which meant patients no longer needed their regular injections of clotting factor. In gene therapy, scientists use the outer shell of a harmless virus, called an adeno-associated virus (or AAV), to deliver the new, modified genetic material into cells via a single infusion.

Before starting the treatment in February 2020, Luke was given powerful immunosuppressants to stop his immune system attacking the virus before it could deliver the genetic material to his liver.

On February 11, 2020, he received his infusion of FLT180a containing the modified gene. Weeks later, the country was plunged into lockdown. To protect him from Covid and other infections, Luke spent eight months in isolation with ‘horrendous’ side-effects from the immunosuppressant drug tacrolimus and the steroid prednisolone.

‘I had every bodily symptom you can imagine — weight gain, tremors, nausea and insomnia, as well as migraines, acne outbreaks and mood swings,’ he says. ‘Being alone made everything worse. There were times when I thought, “What the hell have I done?” ’ Luke’s blood was analysed three times a week for clotting factor levels and liver enzymes, to check if his body was mounting an immune response to the therapy. To reduce the number of nurses coming in and out, he drew phials of his own blood.

After eight months, he re-entered the world and now has blood tests twice a year. He is also enrolled on a 15-year follow-up study, which will monitor patients for problems. So far, the benefits have far outweighed the risks.

The clotting factor levels in his blood have risen and are expected to remain at healthy levels for more than two years. While he isn’t cured, it means his haemophilia is so mild, he no longer needs injections. ‘I used to be hyper-aware of changes in my body, always worried that I’d have a sudden bleed,’ he says.

Last year, he fulfilled a dream trip to the Amazon jungle in Peru to work on a conservation project — something that previously would have been impossible. He says: ‘Gene therapy has been completely life-changing for me. I feel liberated from my haemophilia.’

The Haemophilia Society points out that gene therapy doesn’t work at all in some, and many patients on trials have suffered severe side-effects, such as liver problems.

However, scientists are hoping the same gene therapy techniques can benefit those with other serious illnesses including type 2 diabetes, as well as sickle cell disease and thalassaemia.

A gene therapy trial is under way at University College London to see if injecting chemically modified DNA can help patients with incurable Huntington’s disease (an inherited condition causing brain degeneration) by silencing a gene that produces toxic proteins.

‘It is possible that in future, we may have consultants in gene therapy whom you see alongside your specialist,’ predicts Dr Ling.