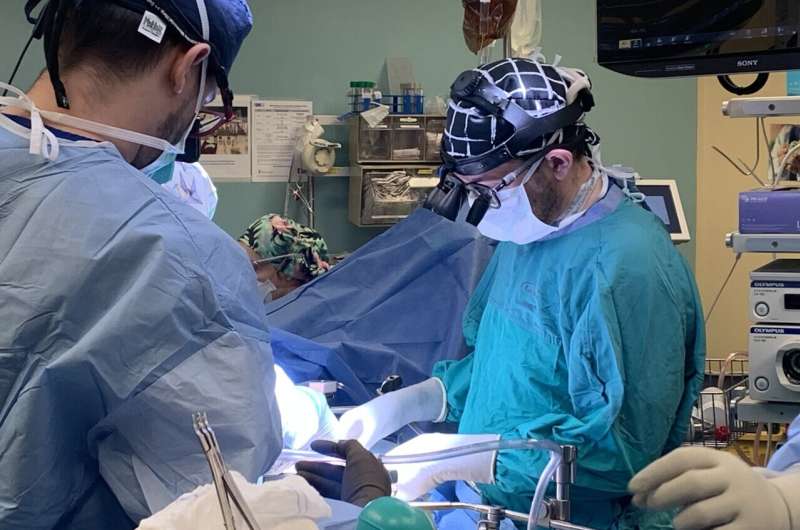 A study published in the Journal of the American Medical Association Surgery is the first in North America to demonstrate that living-donor liver transplant is a viable option for patients who have systemically controlled colorectal cancer and liver tumors that cannot be surgically removed.

“This study proves that transplant is an effective treatment to improve quality of life and survival for patients with colorectal cancer that metastasized to the liver,” said senior study author Dr. Gonzalo Sapisochin, a transplant surgeon at the Ajmera Transplant Centre and the Sprott Department of Surgery at University Health Network (UHN).

“As the first successful North American experience, it represents an important step towards moving this protocol from the research arena to standard of care,” adds Dr. Sapisochin, who is also a clinician investigator at the Toronto General Hospital Research Institute and an Associate Professor in the Department of Surgery at University of Toronto.

The study, which was conducted at UHN, the University of Rochester Medical Center (URMC), and the Cleveland Clinic, focused on colorectal cancer in part because of its tendency to spread to the liver. Nearly half of all patients with colorectal cancer develop liver metastases within a few years of diagnosis and 70 percent of liver tumors in these patients cannot be removed without removing the entire liver.

Unfortunately, deceased-donor liver transplant is not a viable option for most of these patients because, despite their tumors, their liver function is fairly normal, which lands them toward the bottom of the national organ transplant waiting list. In North America, one in six patients dies each year while waiting for an organ on this list.

Thanks to recent advances in cancer treatments, many of these patients are able to get their cancer under systemic control, which means their liver tumors are the only things standing between them and a “cancer free” label. It also increases the odds that these patients—and their new livers—will remain cancer free, which is crucial when balancing the benefit to the patient with the risk to a living donor.

“I’ve seen so many cancer patients, whose cancers were not spreading, but we couldn’t remove the tumors from their livers and we knew they would die,” said first study author Dr. Roberto Hernandez-Alejandro, who is chief of the Abdominal Transplant and Liver Surgery Division at URMC. “We hoped living-donor liver transplant could give them another chance.”

Because it offered a last resort, the study attracted patients from near and far. All patients and donors went through a rigorous screening process to ensure they were good candidates for the procedure, and they were educated about the risks of the surgery and the possibility of cancer recurrence.

Patients and donors underwent staggered surgeries to fully remove patients’ diseased livers and replace them with half of their donors’ livers. Over time, both patients’ and donors’ livers regenerate and regain normal function.

Patients have been closely monitored via imaging and blood analysis for any signs of cancer recurrence and will continue to be followed for up to five years after their surgery. At the time the study was published, two patients had follow-up of two or more years and both remained alive and well, cancer-free.

“This [study] brings hope for patients who have a dismal chance of surviving a few more months,” said Dr. Hernandez-Alejandro, who is also an investigator at the Wilmot Cancer Institute. “With this, we’re opening opportunities for patients to live longer—and for some of them, to be cured.”