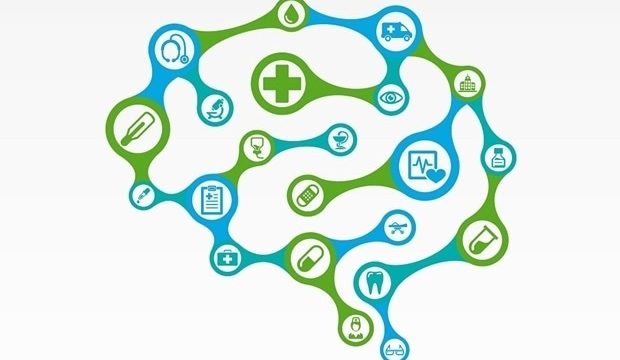 Three-quarters of people over age 50 in the United States say the rising cost of groceries has affected them somewhat or a lot, and nearly a third say they’re eating less healthily because of increased food costs, according to new poll findings.

But food cost inflation has hit certain groups of older adults harder, the poll suggests—especially individuals who rate their physical or mental health as fair or poor, and those in lower-income households or with fewer years of formal education.

The new findings come from a national poll conducted in late July by the University of Michigan National Poll on Healthy Aging, based at the U-M Institute for Healthcare Policy and Innovation.

For our most vulnerable older adults, the huge increase we’ve seen in food costs could make a bad situation worse. As the White House convenes its Conference on Hunger, Nutrition and Health this week, these new findings suggest a need for better support of the food needs of adults over 50.”

The pinch of inflation is having a direct impact on what foods older adults are buying. More than a third (36%) of those age 50 to 64 said their diet is less healthy because of rising costs, compared with 24% of those age 65 to 80.

Respondents also answered questions asking them to look back on the past 12 months, and say whether two statements were often true, sometimes true or never true about their household. In all, 4% of older adults said it was often true that they worried that their food would run out before they got money to buy more, and 15% said this had been sometimes true. Meanwhile, just under 4% said that this had actually happened to them often, and another 12% said it had happened sometimes in the last 12 months.

These experiences of food insecurity were more common among those in fair or poor physical or mental health, and those with incomes under $30,000. Those who live alone were also more likely to say they had run out of food before they had money to get more.

The AARP Policy Institute recently published a report showing that in 2018, the majority of adults over 50 whose income qualified them for federal food assistance through the SNAP program were not enrolled. The AARP Foundation offers assistance in understanding and applying for SNAP benefits.

About a third (32%) of adults age 50 to 64 say they eat a well-balanced diet, compared with 44% of those age 65 to 80. Those who have a college degree were much more likely to say their diet is well-balanced than those whose formal education ended with a high school diploma or less (48% vs. 28%). The percentage calling their diet well-balanced was even lower among older adults who say their physical or mental health is fair or poor, at 23% and 16%, respectively.

The poll also asked adults about their fruit and vegetable intake. In all, 38% agreed with the statement that they do not eat enough fruits and vegetables, but the percentage saying this was much higher among those in fair or poor physical health (51%), or fair or poor mental health (56%).

Similarly, 19% of the total poll sample agreed that they do not get enough vitamins and minerals. The percentage was higher among those with incomes below $30,000 (25%) and those who say they’re in fair or poor physical (30%) or mental (33%) health.

Asked about their weight, 39% of the entire sample said they were slightly overweight and 29% said they were overweight, while 25% said they are about the right weight and 7% said they’re underweight. The percentages saying they are overweight were higher among those reporting fair or poor physical health (47%), fair or poor mental health (37%) or incomes under $30,000 (37%). The percentage of people saying they are underweight was highest among those with incomes under $30,000, at 13%.

This is the second time the National Poll on Healthy Aging has asked about food-related concerns among older adults. In December 2019, 14% of 50-to-80-year-olds answering the poll said their household has experienced food insecurity in the past year, and 42% of those respondents indicated that they or those they lived with had reduced the quality or quantity of food they buy because of limited resources. The poll has also reported on older adults’ experiences with cooking at home and eating out.

The poll report is based on findings from a nationally representative survey conducted by NORC at the University of Chicago for IHPI, and administered online and via phone in July 2022 among 2,163 adults age 50 to 80. The sample was subsequently weighted to reflect the U.S. population.