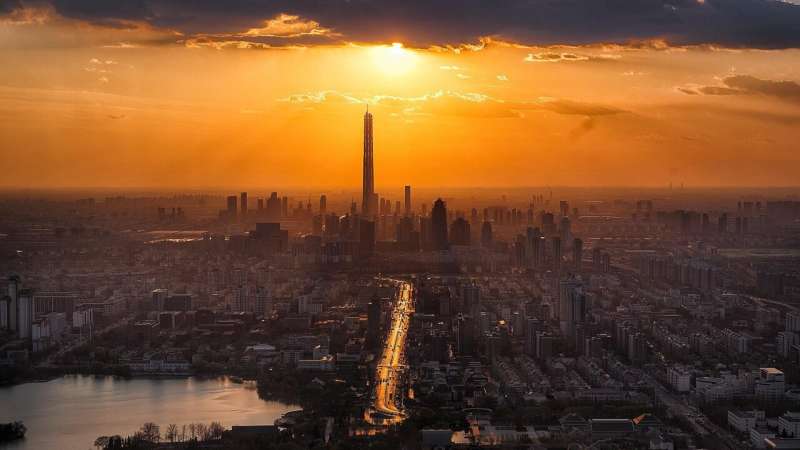 Heat can be deadly.

“On any day with extreme heat, emergency rooms in Los Angeles see an additional 1,500 patients,” said Dr. David Eisenman, a professor at the UCLA Fielding School of Public Health and co-leader of a research project to address extreme heat in Los Angeles.

“We estimate that an additional 16 people die on a single day of heat in Los Angeles County,” Eisenman said. “There are an extra 40 deaths a day by the fifth day of heat.”

These heat illnesses disproportionately affect Black and Latino members of the community living in historically redlined neighborhoods, he said, where housing units have less insulation, often lack air-conditioning and there are fewer trees to provide shade.

“Part of the lack of investment was the lack of trees and shade,” Eisenman said. “These are communities that are several degrees hotter all the time. And on an extreme heat day, they can be 10 or 20 degrees hotter.”

Eisenman said heat is the type of hazard that requires “multiple sectors of government and society to mitigate it as well as help us adapt to it, because it’s already here.”

On the individual and community level, here’s what to look out for and how to respond to heat illnesses like heat stroke and exhaustion.

Heat illnesses and injuries range from simple heat rash and sunburn to more serious conditions such as heat exhaustion and heat stroke, according to the U.S. Centers for Disease Control and Prevention.

All call for cooling down the affected individual and getting them out of the sun. Heat stroke, however, can be deadly, said Dr. Mark Morocco, professor of emergency medicine at the David Geffen School of Medicine at UCLA and attending faculty at the Ronald Reagan UCLA Medical Center emergency department.

“That use of the term ‘stroke’ is because you should really think of it as a life-threatening heat illness,” Morocco said. “Heat stroke is an emergency, a very big emergency, the way a regular brain stroke is. That’s something where you need to immediately react and get your person to somebody who can help them. That means calling 911.”

Heat stroke is when the body’s core temperature exceeds 103 degrees. Such high temperatures “cook” the body at a cellular level, “so proteins stop working and basic body functions begin to break down,” Morocco said.

People experiencing heat stroke often begin acting strangely, like they are “drunk with heat,” Morocco said. A person who is dangerously overheating may:

An individual experiencing these symptoms needs immediate cooling and emergency medical attention. Call 911, and while waiting for help to arrive:

“The thing to remember is we want to reduce the core body temperature as quickly as possible, back down to what sounds like a relatively normal temperature range, where people are used to taking care of fevers,” Morocco said.

Heat stroke can affect anyone, whether or not they are exercising outdoors in the heat. While exercisers should take particular caution, even sitting in a hot apartment for several days can raise the body’s core temperature to potentially dangerous levels.

People experiencing heat exhaustion don’t exhibit the behavior associated with heat stroke, Morocco said, but they are likely to:

Individuals experiencing these symptoms need to get out of the heat and into shade or an air-conditioned space, drink non-alcoholic fluids and rest.

“People can be exposed to increasing levels of heat over a heat wave of a couple of days, or even a week, and slowly get worse and worse and worse,” he said. “It begins with, “It’s hot; I feel bad.” And maybe they have other medical issues or challenges. And then, all of a sudden, they slip into this state where they’re not able to really recognize quite what’s going on with them.”

It’s wise to stay out of the sun during the hottest times of the day, if possible. If you exercise outdoors, aim for early morning or late evening. When spending a day at the beach or the park, seek out a shady spot. Remind children to rest periodically and drink water.

And when a heat stroke hits, look for cool places to be inside. If your home lacks air conditioning, consider heading to a mall, a movie or a cooling center. Los Angeles County maintains a list of cooling centers at Ready LA County.