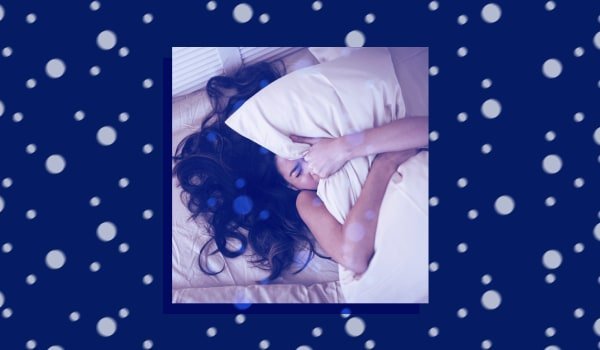 If you’re hearing a ringing, buzzing or hissing sound, and it’s definitely not a smoke alarm, your phone or anything else that other people can hear, you may be experiencing tinnitus. The condition can range in severity and can negatively impact your life — especially when you’re trying to snooze. Here’s a look at what tinnitus is and why it’s so annoying.

Tinnitus: What is it, anyway?

While tinnitus is generally known for causing ringing in the ears, it can manifest itself in other unpleasant ways, such as buzzing, hissing, whooshing, clicking or whistling. Essentially, tinnitus is the perception of sound when there is no external noise present. The American Tinnitus Association estimates that over 45 million people experience tinnitus, which makes it one of the most common health conditions in the U.S.

Dr. Irene Tien, a board-certified emergency medicine physician, further explains to SheKnows that those who have tinnitus can also experience other symptoms, such as a fullness sensation in the ear or a sense of dizziness that patients describe as imbalance or a feeling that the room is spinning.

Interestingly, one of the most common causes of tinnitus involves hearing loss. “We believe tinnitus is what your brain does to fill in when there is hearing loss or a relative void of sound input from your ears,” Tien notes. “It is actually a symptom that originates in your brain and not your ear.”

However, hearing loss can manifest itself in a couple of different ways according to the tinnitus association. There’s age-related hearing loss, which describes what happens to many adults as they pass the age of 60. Then, there’s noise-induced hearing loss, which describes what happens after exposure to loud noises, which can happen after one traumatic experience or can occur gradually over time if someone is consistently exposed to loud environments, such as work-related noise or frequent outings to loud places like music concerts or sporting events.

There are other potential causes of tinnitus, such as head and neck trauma, traumatic brain injuries or certain ototoxic drugs, such as NSAIDs, the tinnitus association’s website notes. However, the most common cause remains hearing loss, and noise exposure is high on the list of the reasons hearing loss occurs.

Unfortunately, there really isn’t a direct treatment for tinnitus aside from identifying and treating reversible hearing loss, Tien says.

For those who are already living with tinnitus, practitioners will focus on improving coping skills and reducing what the American Tinnitus Association calls the “perceived burden of tinnitus,” which describes how the condition affects those afflicted. This type of treatment can include hearing aids, a focus on general wellness, sound therapy, behavioral therapy and in some cases drug therapy — particularly when tinnitus has caused or increased a patient’s stress, anxiety or depression, according to materials from the association’s website.

Instead of relying on treatment being available, she says that it’s vital to prevent tinnitus before it becomes a problem, so for those who aren’t affected, it’s important to take a few steps as you go through life. “Prevention of hearing damage by wearing protective earplugs or sound-dampening earmuffs when in a loud environment (like a loud concert, jackhammers, loud lawn equipment) is best,” she explains. If possible, you should also avoid the noises altogether.

While tinnitus can be a huge problem for some, it’s good to know that there are steps you can take to prevent it or at least not make it worse. While it’s usually a benign condition, it can negatively impact someone’s life, and it is possible to learn how to cope.