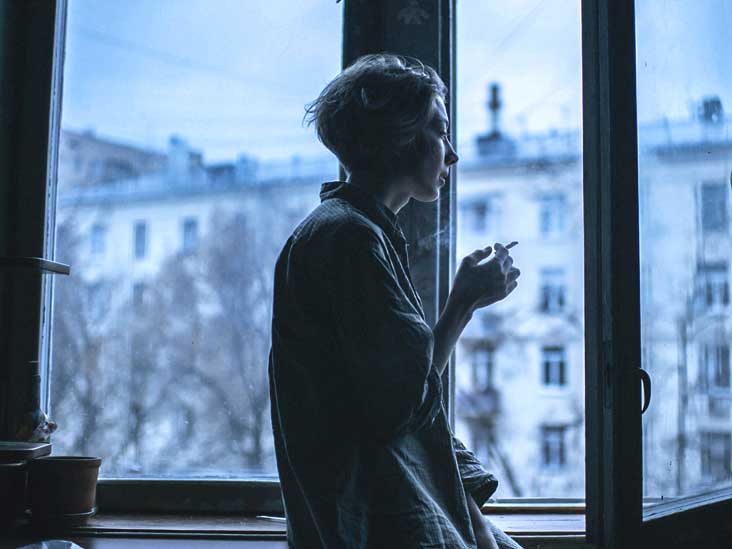 If you’re a nonsmoker, don’t live with smokers, and you cross the street when you get stuck behind someone puffing a cigarette, you might think that you have minimal exposure to cigarette smoke.

But new research has found that avoiding first- and secondhand smoke might not be enough to completely eliminate your risk.

Even people who avoid visible smoke can still be exposed to small yet potentially damaging particles identified as “thirdhand” smoke.

New research out of Drexel University identified thirdhand smoke in an unoccupied, nonsmoking classroom. When researchers measured the aerosol composition inside the classroom, they found that 29 percent of the particles were associated with the residue of thirdhand smoke.

They think the particles entered the nonsmoking room through the ventilation system, representing a new way humans can be exposed to chemicals from tobacco.

What is thirdhand smoke?

“Thirdhand smoke is the residual smoke left on surfaces or clothing long after the primary and secondary smoke has gone away,” explained Peter DeCarlo, PhD, the study’s co-author and an associate professor at Drexel University’s College of Engineering.

It’s not a new concept, but thirdhand smoke was previously associated with dermal exposure from touching surfaces that have been exposed to tobacco smoke, he says.

The chemicals can get stuck to surfaces like floors, walls, clothing, carpets, furniture, and numerous other locations that researchers have yet to identify.

And now researchers know it can be in the air, too.

“The reality is, there are likely places where we don’t even know that thirdhand smoke is present, so avoiding it altogether is going to be difficult,” DeCarlo said.

How thirdhand smoke affects your health

Some preliminary studies show the harmful effects of thirdhand smoke in the laboratory. But research hasn’t yet examined it in humans, says Craig P. Hersh, MD, an associate professor at the Channing Division of Network Medicine and Division of Pulmonary and Critical Care Medicine at Brigham and Women’s Hospital.

Research has shown that mice exposed to thirdhand smoke develop liver damage and changes in blood sugar and insulin levels similar to diabetes. Other studies found that the mice have increased risk for thrombosis-based diseases and greater oxidative stress. That could contribute to the development of a fatty liver.

Whether thirdhand smoke could be linked to anything from lung cancer to asthma is still unknown, Hersh says.

“But we do know that secondhand smoke can trigger things like asthma and COPD and lead to ear infections and sinusitis in kids,” he said.

Hersh points out that it took decades for medical experts to fully understand the dangers of secondhand smoke. It’s entirely possible that long-term exposure to thirdhand smoke could have similar health implications.

Researchers at the California Consortium for Thirdhand Smoke at the University of California at San Francisco say the most common complaints from people exposed to thirdhand smoke are a stuffy nose, eye irritation, and allergy symptoms.

How you can protect yourself

Your first line of defense is to not begin smoking or quit smoking if you already do. Thirdhand smoke is found in the houses and cars of people who smoke, even if they may not directly smoke in their car or home, explains Hersh.

When you quit smoking, thoroughly clean your home, car, and possessions that could be harboring harmful particles. And if you’ve been at a bar, restaurant, or party where people are smoking, or with a friend who smokes, wash your clothes and hair immediately upon getting home.

“Some of the highest exposure to thirdhand smoke are probably in young children who are crawling on the floor and putting their hands in their mouth,” Hersh said. “It could be a particular concern in children who are still growing and developing.”