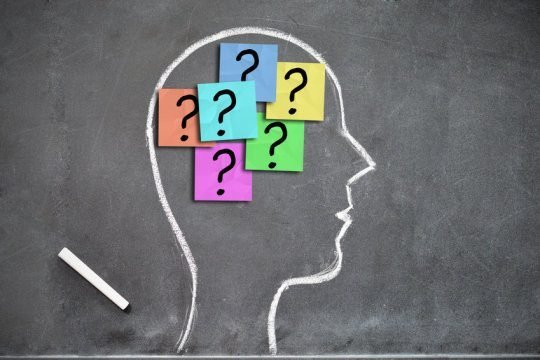 From deciding to quit hitting the snooze button and get out of bed in the morning to opting to switch off the TV and prepare for sleep at night, the mind weighs the costs versus benefits of each choice we make. A new study reveals the mechanics of how the brain makes such effortful decisions, calculating whether it is worth expending effort in exchange for potential rewards.

The Proceedings of the National Academy of Sciences (PNAS) published the findings by psychologists at Emory University.

“We showed that the brain’s ventromedial prefrontal cortex, which was not previously thought to play a key role in effort-based choices, actually appears to be strongly involved in the formation of expectations underlying those choices,” says Emory psychologist Michael Treadway, senior author of the paper.

Treadway’s lab focuses on understanding the molecular and circuit-level mechanisms of psychiatric symptoms related to mood, anxiety and decision-making.

“Understanding how the brain works normally when deciding to expend effort provides a way to pinpoint what’s going on in disorders where motivation is reduced, such as depression and schizophrenia,” he says.

Previous research had observed three brain regions in decision-making; the dorsal anterior cingulate cortex (dACC), the anterior insula (aI) and the ventromedial prefrontal cortex (vmPFC). Studies had pointed to the vmPFC as central to the computation of subjective value during probability decision-making. But prior evidence also suggested that when it comes to decisions about effort expenditure, those subjective value estimates were not computed by the vmPFC but by the other two brain regions.

A limitation to previous studies on effort-based choices is that they simultaneously presented the costs and benefits of a choice to experimental subjects.

“In the real world, however, we usually have to make decisions based on incomplete information,” says Amanda Arulpragasam, first author of the PNAS paper and a psychology PhD candidate in Treadway’s lab.

Arulpragasam designed a study that allowed the researchers to model distinct neural computations for effort and reward. Subjects underwent functional magnetic resonance imaging (fMRI) while performing an effort-based decision-making task where the effort costs and rewards of a choice were presented separately over time.

The subjects could choose to make no effort and receive $1, or make some level of physical effort in exchange for monetary rewards of varying magnitude, up to $5.73. The physical effort involved rapid button pressing at varying percentages of each participant’s maximum button pressing rate. Participants were required to press the button using their non-dominant pinkie finger, making the task challenging enough to be unpleasant, although not painful.

In the effort-first trials, participants were shown a vertical bar representing the percentage of their maximum button pressing rate that would be required to do the task. They were then shown the size of the reward for performing the task. The reward-first trials presented the information in the opposite order.

After receiving both sets of information, participants were prompted to choose the no-effort option or the effort option.

The experimental design allowed the researchers to tease apart the effects of recent choices on the formation of value expectations of future decisions.

The results revealed a clear role for the vmPFC in encoding an expected reward before all information had been revealed. The data also suggested that the dACC and aI are involved in encoding the difference between what participants were expecting and what they actually got, rather than effort-cost encoding.

“Some have argued that decisions about effort have a different neural circuitry than decisions about probability and risk,” Treadway says. “We’ve showed that all three brain regions come into play, just in a different way than was previously known.”