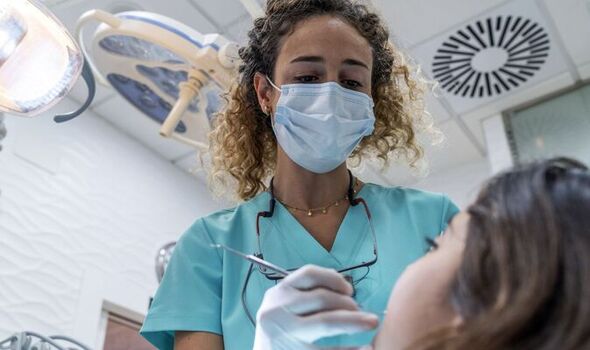 Statistics released yesterday revealed 15.8 million adults – just over a third of the population in England – had seen an NHS dentist within the last 24 months at the end of December. This was a drop of four million from the previous year and down by six million compared with the last full year before the impact of Covid was felt.

The report also showed 42.5 per cent of children had seen an NHS dentist in the last 12 months.

The British Dental Association said this was a “modest recovery” but still below pre-pandemic levels of 58.4 per cent. BDA chairman Eddie Crouch said: “Each missed appointment translates into bottled-up problems and widening oral health inequality.We’ve lost more than a year’s worth of dentistry. Recovery will be impossible if ministers fail to halt the exodus from a demoralised workforce.”

Data obtained by the BDA under the Freedom of Information Act showed almost 40 million fewer courses of treatment were delivered between April 2020 and December 2021.

The union warned disparities would widen as a result of ongoing disruption, with patients needing more intensive and costly treatment if problems worsen.