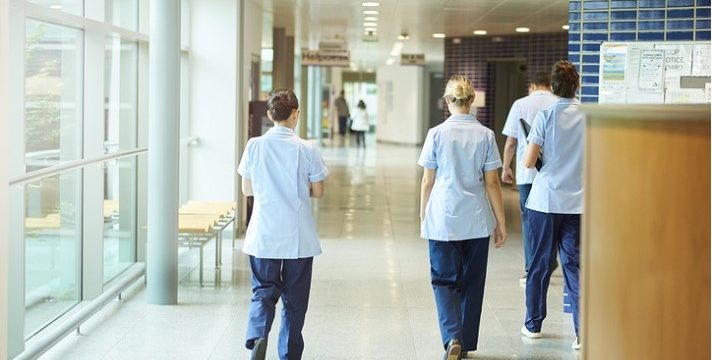 Bedside entertainment units provided at NHS Grampian have come under fire for being expensive for elderly and vulnerable patients, compared to streaming services.

Despite concern about the price, the Hospedia service will continue until 2027, because of a contract signed in 2014.

Patients face charges of up to £24.90 for three days of media content, if they wish to use the optional television services.

A spokesperson for NHS Grampian said: “When we entered into an agreement with Hospedia to provide bedside TV packages we could not have foreseen the progress in technology around mobile data and streaming.”

Meanwhile, nearby NHS Highland will not be renewing its contract with Hospedia when it ends on January 17. A spokesperson for the trust said that its research and patient feedback concluded “in order to keep providing bedside entertainment for our patients it needed to be value for money.”

Critics, including the charity Age Concern Scotland, say that elderly patients who lack technical skills have no other entertainments options than to pay for the bedside service.

“Older patients are less likely to have access to smartphones or data streaming, so it seems hugely unfair and discriminatory that they have to pay so much for a TV and entertainment package whilst recovering in hospital,” said Adam Stachura, head of policy at Age Scotland.

But Hospedia told Healthcare IT News that its entertainment service offers free radio access and five free TV channels from 8am to 12pm on adult wards, as well as free TV on children’s wards from 7am to 7pm.

Hospedia is the UK’s leading provider of point of care software and services and is used at 130 NHS sites for WiFi, patient engagement and patient media. Its bedside hardware and software is available in 160 hospitals.

Hospedia managing director Jason Cooper said: “We endeavour to make our services as accessible as possible, to the widest range of patients. This includes those who don’t have tablets or smartphones, or don’t wish to take them into hospital with them.”

A spokesperson for NHS Grampian said: “It must be stressed NHS Grampian does not set the prices and we do not profit from this arrangement.”

Stachura, of Age Scotland, said: “We’d urge NHS Grampian and other health boards to seriously consider the implications of entering into long contracts like this, particularly as frequent advances in technology could make entertainment much cheaper for patients.”