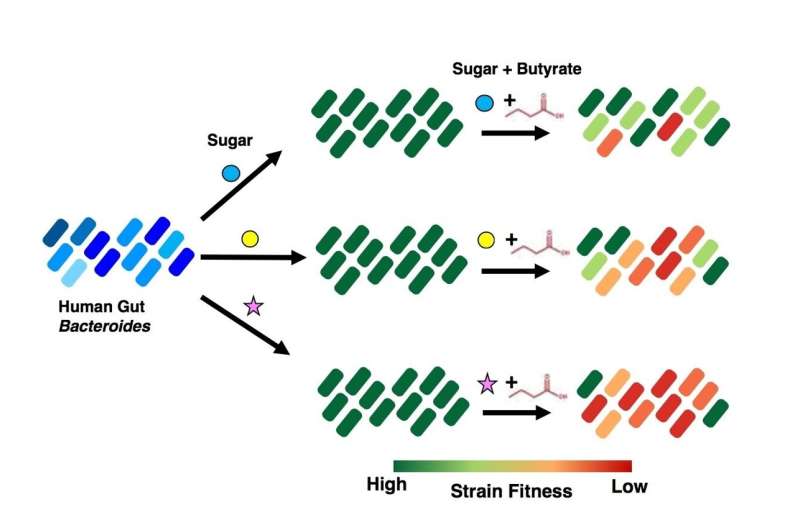 We now know that the microbes that live in our intestines—our microbiome—influence our health in many ways. The balance among competing microbial species is believed to be important in inflammatory bowel disease (IBD), immune disorders, neurodegenerative diseases, cancer, and more.

The sugars in our diets, in turn, influence that balance—which microbes thrive and which don’t. Added to that, the microbes excrete thousands of different metabolites that influence each other’s survival—and our health.

New research led by Seth Rakoff-Nahoum, MD, Ph.D., in the Divisions of Infectious Diseases and Gastroenterology at Boston Children’s Hospital, lays down some key stakes in understanding how these complex parts come together. He focused on Bacteroides, the predominant Gram-negative bacteria of the human intestine. Findings will be published online in the journal Cell on February 3.

“We need to learn how each species and strain of the gut microbiome, in particular Bacteroides species, survive in our guts if we want to enhance them or diminish them,” he says. “Gut bacteria compete to use the undigested sugars in our diets as their energy source. Some have half their genome dedicated to better using these sugars.”

Rakoff-Nahoum and colleagues systematically tested how metabolites in the gut impact the growth of Bacteroides. One metabolite stood out as inhibitory to certain Bacteroides: butyrate, a short-chain fatty acid that plays a critical role in the host, including development of the immune system. When the researchers grew Bacteroides in different sugars from the human diet, they found that butyrate’s anti-microbial effect depended on what sugar each strain was using. 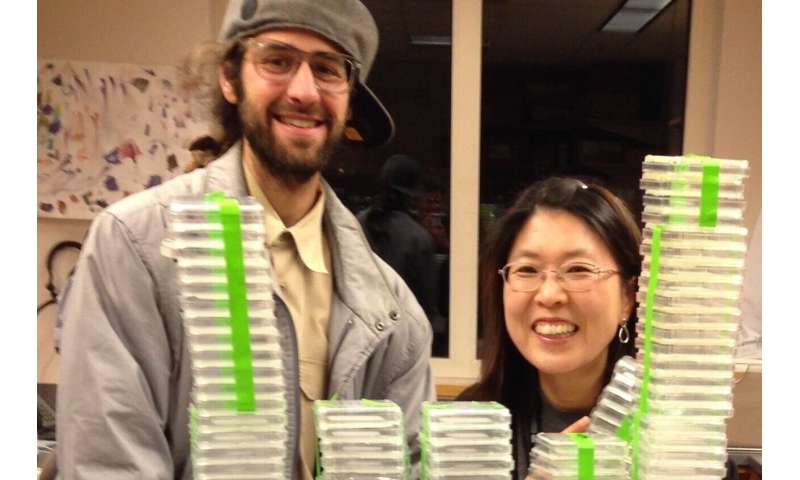 “If you take any two strains and grow each in Sugar X, in the presence of butyrate, Strain A will be killed dead in its tracks while Strain B grows as if butyrate was not even there,” elaborates Rakoff-Nahoum. “With Sugar Y, we see the opposite: Strain B is now is killed by butyrate, while Strain A is unaffected.”

Why does butyrate kill some Bacteroides but not others? The study identified a third dimension: genetic factors. Slight variations in genes affecting Coenzyme A metabolism resulted in differing sensitivity to butyrate among Bacteroides strains.

“We initially thought these genes would be very similar among all bacteria, as they perform basic cellular functions,” says Rakoff-Nahoum. “But the Bacteroides change them, likely to help them deal with the special environment in our gut.”

This work is just the beginning.

“We want to explore how combinations of metabolites and specific glycans in the diet can help us shape the microbiome for conditions in which we think the microbiome is important, such as IBD, allergy, and cancer,” says Rakoff-Nahoum.