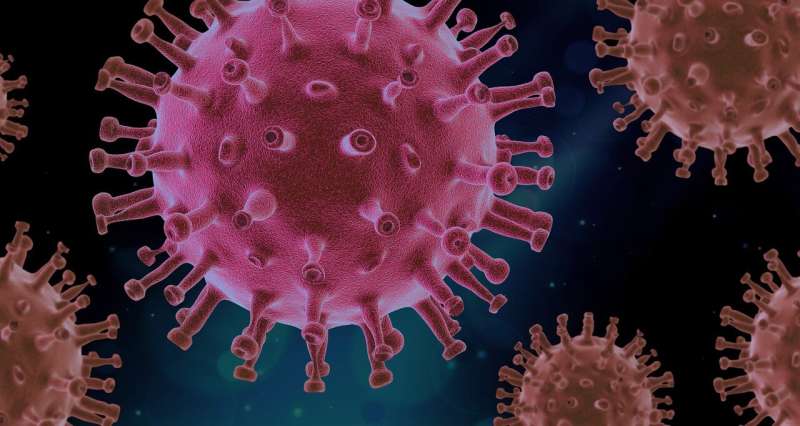 In the spring of 2020, Université de Montréal biochemistry professor Christian Baron had an idea: Why not evaluate the inhibition capacity of a commercially available molecule called VE607 on the virus causing COVID-19?

VE607 was first identified in 2004 to fight SARS, a close cousin of SARS-CoV-2. Given the rapid end of SARS infections, its development was prematurely abandoned.

Seeing an opportunity to bring it back to life in the fight against a new pandemic, Baron spoke to his UdeM colleague Andrés Finzi, a virologist at the university’s teaching hospital research center, the CRCHUM.

“I must admit that I didn’t believe in it at first,” recalled Finzi, holder of the Canada Research Chair in Retroviral Entry and professor at UdeM in the Department of Microbiology, Infectiology and Immunology.

“We had already tried to reuse other existing molecules and the results were mixed. But since then we discovered that VE607 works very well with all the SARS-CoV-2 variants—Alpha, Beta, Gamma, Delta and Omicron, all of them were inhibited.”

In a new, non-peer-reviewed study posted on the bioRxiv prepublication server, Baron, Finzi and collaborators demonstrated that VE607 attaches to the virus spike (S protein), the “key to entry of the virus,” freezing it in a particular conformation and thus preventing it from unlocking the door of healthy cells and infecting them.

Tests on humans at least a year away

In their study, done in collaboration with colleagues at the University of Ottawa and four U.S. universities, the two co-authors and their lab teams also found that VE607 stabilizes the receptor-binding domain (RBD) in its “up” conformation.

That’s important, they said, because it could explain why the variants were inhibited, as RBD is a key component of the virus that allows it to dock with the body’s receptors to enter cells.