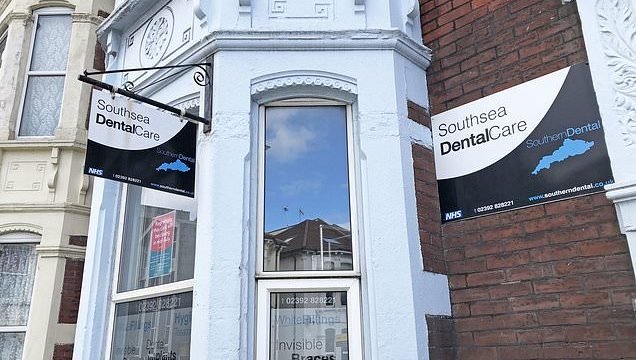 English city is left without ANY new NHS dentist places after international firm shuts down three practices at once in ‘business decision’ affecting up to 20,000 people

Thousands of people in an English city could be left without a dentist when three surgeries close next month.

People in Portsmouth may have to drive or take a ferry to the next town over to find an NHS dentist when a chain in the seaside city shuts down.

As many as 20,000 people could be left in the lurch because other dentists in the area are not accepting new NHS patients.

The firm which owns the practices said it had been struggling to recruit new staff and made the decision to shut them down ‘with regret’. 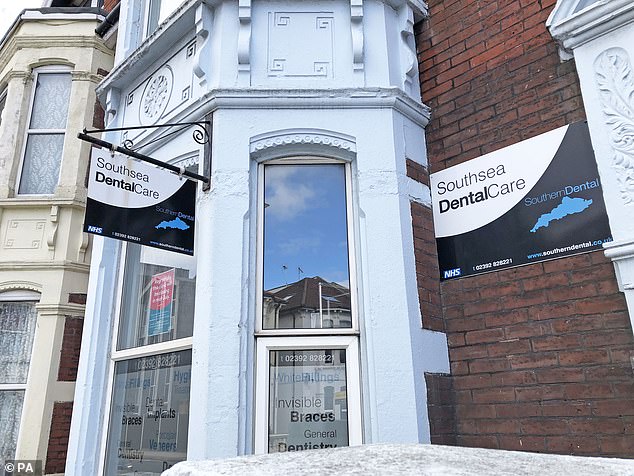 Southsea Dental Care is one of three Portsmouth practices which will close in July because of difficulties recruiting new staff. Between 9,000 and 20,000 patients may be affected by the closures, according to reports

The Colosseum Dental Group, an international company headquartered in Switzerland, is closing its Portsmouth practices as a ‘business decision’.

It only took over the surgeries from a company called Southern Dental in 2017 but has already decided to shut them down.

Estimates of how many patients may be affected range from 9,000 to 20,000, and there are fears lower income families and vulnerable people will be the hardest hit.

According to the NHS online dentist finder, the closest surgery accepting new adult NHS patients is in Gosport, a ferry ride away on the other side of the harbour.

According to the British Dental Association (BDA), more than one million people in England last year tried but failed to register with a new NHS dentist.

The BDA said dentistry in the NHS has serious staffing problems and is ‘facing a recruitment and retention crisis’.

Government funding has fallen by £550m in real terms since 2010 and patient charges have been hiked by 30 per cent to plug the gap.

Some 75 per cent of practices in England failed to filled job vacancies last year, it said, driving ‘low morale’ in the industry.

And patients are struggling, too, with some facing huge trips to the nearest dentist. New adult patients in Barrow-in-Furness, Cumbria, had to do a 90-mile round trip to their nearest practice, the BDA said.

One patient of the surgery group, who did not wish to be named, said: ‘I received a letter saying that I would be provided ongoing care at another surgery but when I contacted them I was told all they could do was put me on a waiting list and 20,000 patients were affected by the closures.

‘They said Colosseum had made a “business decision” to shut the three surgeries and the staff had been made redundant.’

‘The fact that the nearest available spaces… are in Havant and Gosport means that, yet again, the most vulnerable in society will be disproportionately affected,’ he said.

‘How will poorer families pay for the additional transport costs? How will single parents get the time off work to travel the extra distance?

‘What will the additional environmental cost be for our city already plagued by air pollution? The Government needs to answer these questions.’

NHS England South East said Colosseum had given the health service three months’ notice to help it make other arrangements for its 9,000 patients. 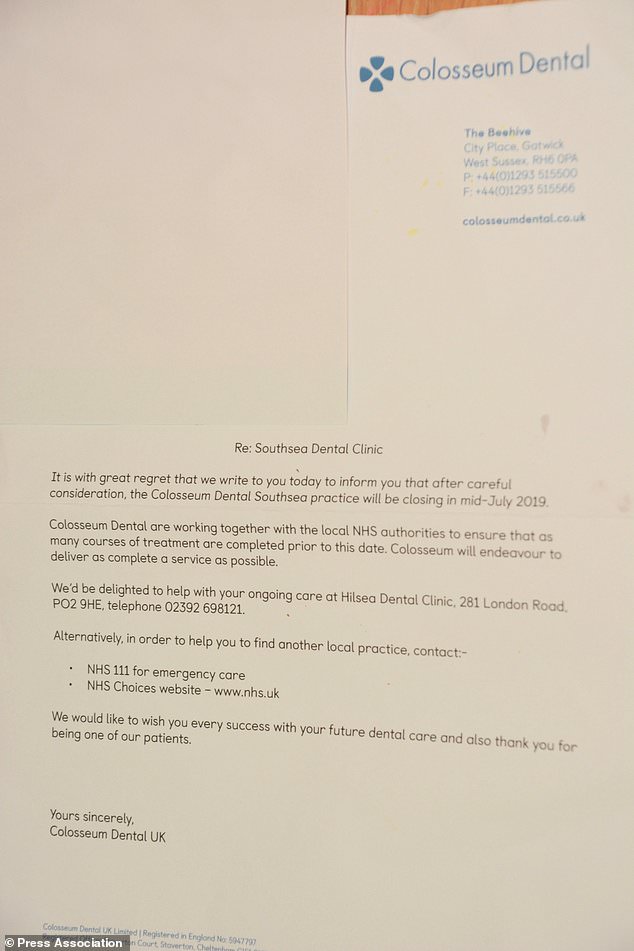 The British Dental Association warned funding cuts were to blame.

Its chairman, Mick Armstrong, said: ‘Years of under-funding and failed contracts have taken their toll.

‘We are seeing practices struggling to remain sustainable as vacancies go unfilled, and over a million patients left unable to secure an appointment.

‘NHS dentistry remains the Cinderella service and this is the latest evidence that its future can no longer be guaranteed.’

A spokesperson for the company told The News: ‘It was with regret and disappointment that Colosseum Dental UK has made the very difficult decision to close a small number of practices in the south-east.

‘This is due to long-standing and ongoing challenges in dentist recruitment, which makes it increasingly difficult to continue to provide the very highest standard of care to our patients, to which the company aspires.’